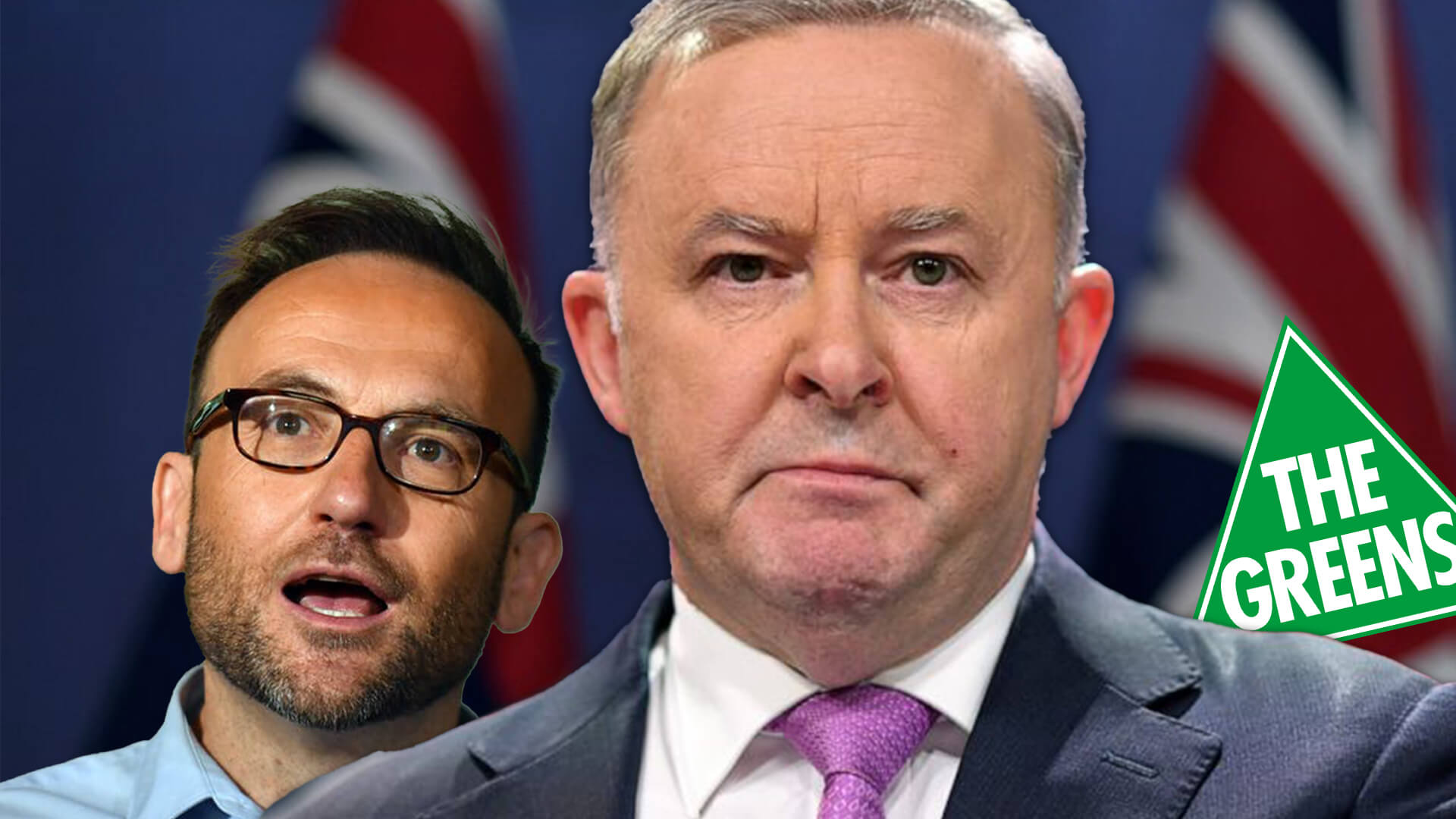 The Greens are on the move and it’s not surprising to see.

Aware of the fact that Labor leader Anthony Albanese is as unpopular as ever, the Greens have begun publicly referring to its parliamentary members as “shadow ministers”.

Read between the lines, Australia.

Adam Bandt knows the only hope of each-way Albo strolling into The Lodge as Prime Minister at the next election is if he strikes up a formal power-sharing alliance with the Greens.

This is why Bandt is now asking voters to welcome the prospect of a hung Parliament after the next federal election as it would make him quasi-Deputy Prime Minister!

South Australian senator Sarah Hanson-Young will be responsible for electric vehicles, with the Greens calling on the government to support the state to return to an automotive manufacturing powerhouse for low-emissions technology.

Will that include a rapid expansion of Australia’s rare earth mining and processing operations – a dirty, energy-intensive process responsible for some of the world’s most toxic pollution, Sarah?

In other words, make Australia an even more unattractive place to invest in mining, resulting in capital flight and the offshoring of tens of thousands of blue-collar jobs to booming mineral rich nations all around the world including Brazil, Mongolia, Guinea, Canada and Russia.

Given Bandt said Morrison’s decision to acquire nuclear powered submarines from the United States is akin to “putting floating Chernobyls in the heart of Australia’s cities”, one can assume he’d demand an Albanese government to tear up the new AUKUS treaty signed this morning.

So, Australia will try to manufacture electric vehicles without rare earth processing capabilities and low energy prices, meaning exorbitant subsidies, imports from China, and grants and support will be required.

Our two largest export industries, iron ore and coal, will be fundamentally undermined, given no rational investor would take significant financial risks to build the world’s most efficient and competitive mines if the Greens implemented a “40 per cent mining super profits tax on the super profits of individual Australian mining projects”.

Even worse, our national security will be utterly compromised considering Bandt seriously thinks climate change is our biggest threat and having nuclear submarines is equivalent to putting “floating Chernobyls in the heart of Australian cities”.

Although Albanese has ruled out entering any power-sharing deal with the Greens in the event neither the Coalition nor Labor can gain a majority on the floor of Parliament at the next poll, we all know what will happen when push comes to shove.

Unable to help themselves and with the prospect of higher salaries, greater power and inflated egos, Labor will break their promise, make Adam Bandt deputy PM in all but name, and once again break a key election promise as they did in 2011 with the carbon tax.

Similar to the saying “go woke, go broke”, nobody can deny that if you “vote Labor, get Greens”.

Don’t let your grandchildren down, Australia.