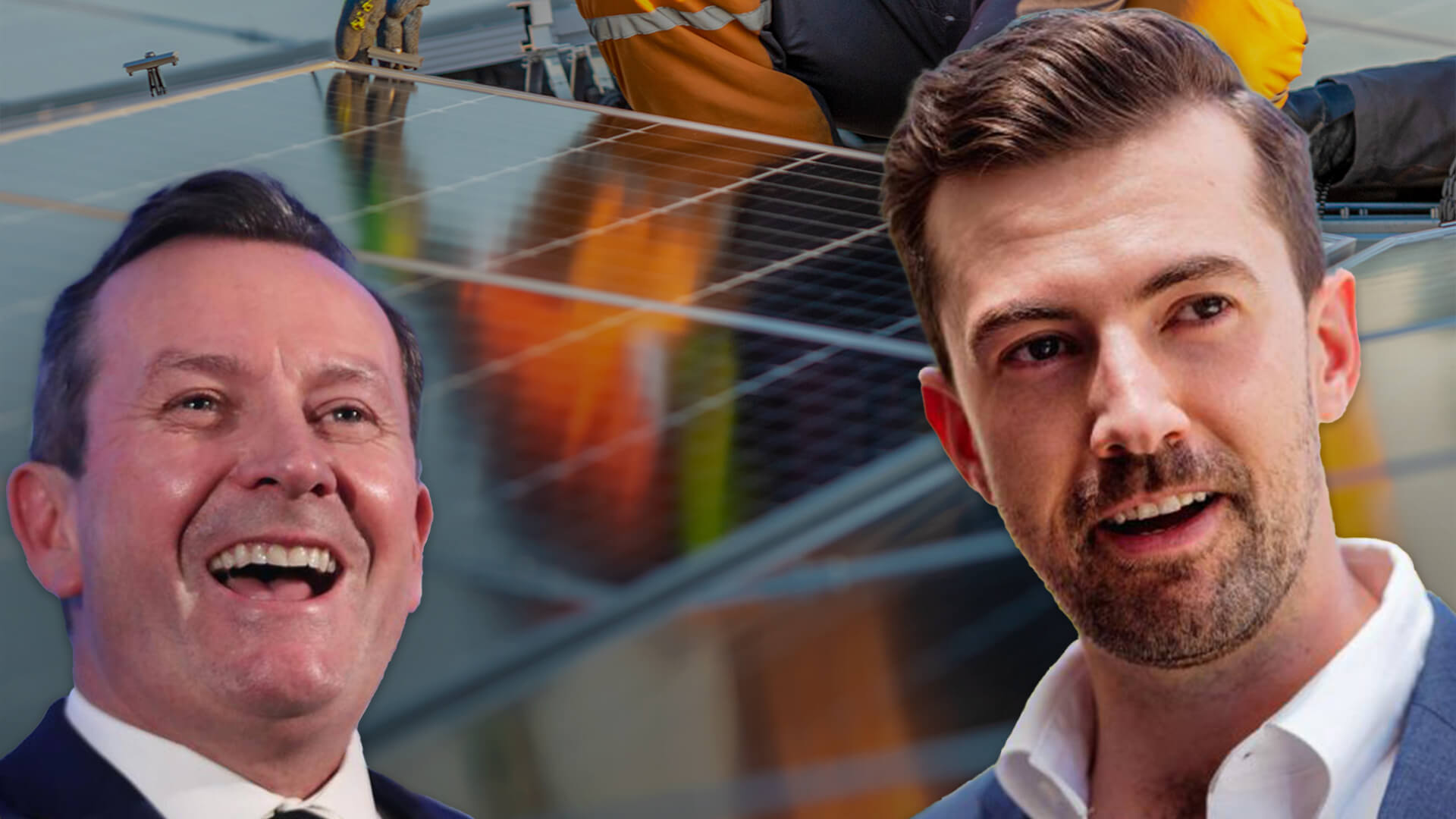 Thirty-three-year-old leader of the West Australian Liberals, Zak Kirkup, has committed to a climate policy the “modern liberals” and Labor party could only dream of.

It’s also one which puts the State’s energy security and prosperity at risk.

Only weeks out from the upcoming WA state election, Kirkup, a man who once described himself as a “future prime minister”, committed to a net-zero emissions policy by 2030 and the closure of all state-owned coal-fired power plants by 2025.

Although his chances of beating Labor Premier Mark McGowan are slim at best, Kirkup’s policy announcement is a testament to the generational change currently occurring within the Liberals and the opportunity presented to Labor.

"Everyone should be very fearful about what they have just put forward,” Premier Mark McGowan said of the Liberal policy.

"All it would mean is many many billions of extra debt, huge increases in family power bills, rolling blackouts across the state and huge job losses.”

It appears Kirkup has forgotten the debacle inflicted upon his South Australian neighbours, who under Labor Premier “75% renewable energy by 2025” Jay Wetherill, endured the world’s most expensive electricity for years and state-wide blackouts.

Everyone remembers the string of blackouts South Australia faced when a heavy storm in September 2016, resulted in 850,000 homes losing power.

As a result, South Australian taxpayers were left with a $367 million dollar bill, and Wetherill decided to spend $360 million on a new gas-powered plant instead of supporting a $25 million extension of the Northern coal-fired station to ensure blackouts didn’t become a norm.

This is exactly what will happen to Western Australia under a Kirkup government.

Kirkup will rush into taxpayer-subsidised, intermittent renewables, placing unprecedented strain on the grid, leading to higher energy prices and blackouts.

His government will refuse to upgrade or extend the state’s coal-fired power plants, while spending more on expensive gas fired-power plants plus unproven hydrogen technology.

And the average West Australian will pay more for electricity and taxes, just so Kirkup and his “modern Liberal” mates can say they’re assisting a “global effort” to somehow save the planet.

In only ten years, the proportion of energy generated by wind power in Texas has increased from under ten per cent to almost 25 per cent.

As such, two million homes have lost power right now during a blizzard which has frozen half of the state’s wind turbines and increased wholesale prices by 10,000%.

At the end of the day, the imposition of renewable energy policies on Western Australia is a bad deal for taxpayers, just as it was for South Australians and Texans.

In fact, it’s almost as bad as the deal Australian taxpayers got when our politicians decided it was a good idea to subsidise largely foreign-made, foreign-owned wind turbines to the tune of over $600,000 a year, even though they only run at 40% capacity.

Politics is about priorities, and it's clear a considerable number of Australia’s politicians care more about reducing our emissions (which only account for 1.3% of global emissions) than lowering the cost of living and re-establishing manufacturing by reducing energy prices to the level enjoyed in the ‘90s when we used coal.

With the CCP on our doorstep, its time politicians put our defence first, which means the reestablishment of a large-scale, cost-competitive manufacturing sector underwritten by cheap, reliable baseload power, the likes of which renewables are utterly incapable of providing.