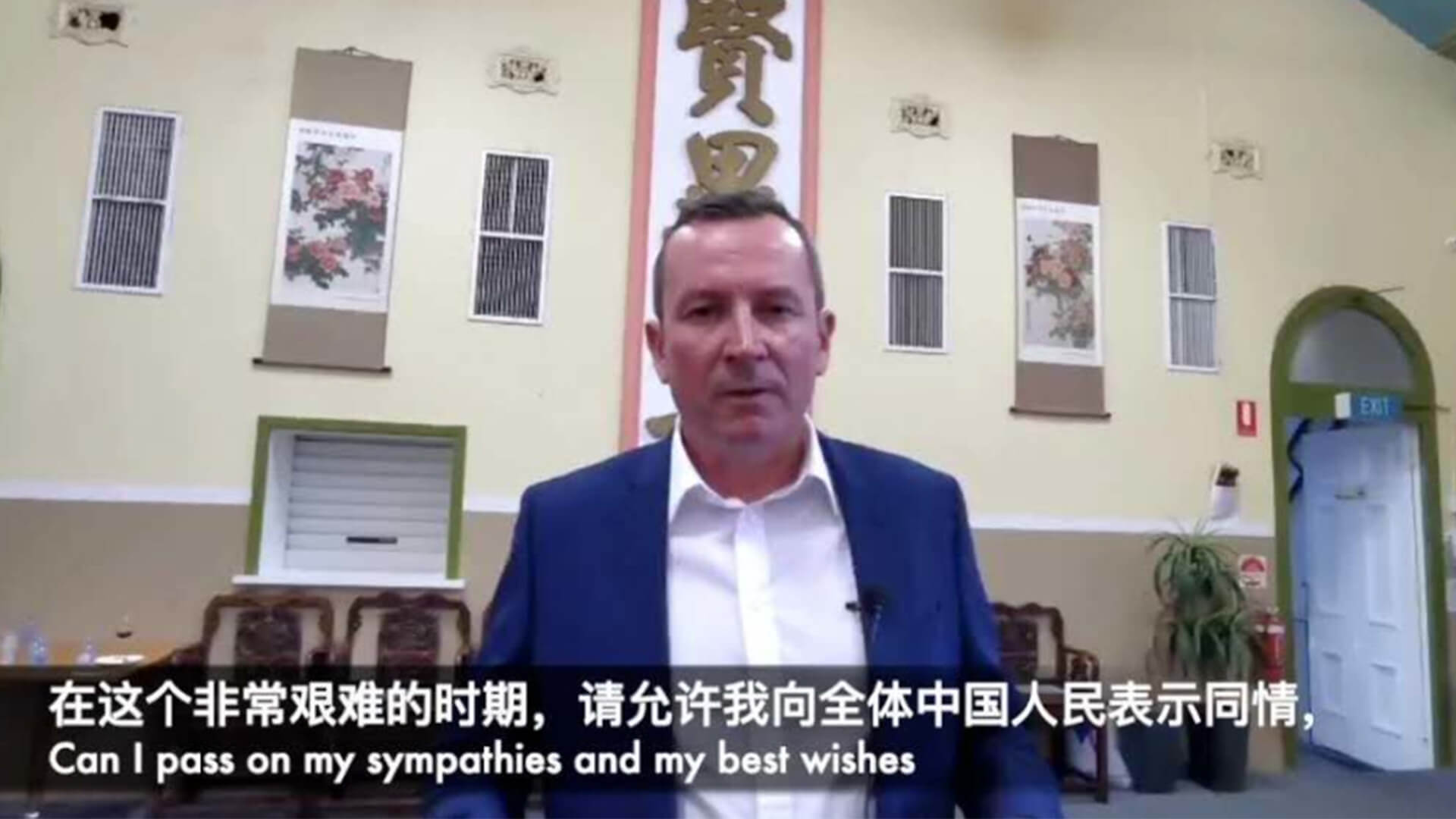 Why else would he side with Beijing against Australia and the United States over China’s misbehaviour in the region?

Why else would he choose the Chinese Communist Party over WA’s farmers and producers who were hit with Beijing trade bans after Australia demanded answers when the pandemic broke out in Wuhan?

This week, Prime Minister Scott Morrison was in Perth on his way to Singapore and then the G7 meeting in the UK.

In a foreign policy speech, he had a crack at China. After all, the communist dictatorship is the biggest threat to global peace and prosperity since the 1930s. Beijing has targeted Australia with everything from covert political influence operations to economic coercion.

The PM said global bodies like the World Trade Organisation needed a shakeup so they could preserve international rules and protect countries from economic coercion.

“Our success also gives us the confidence and the means to protect and defend our liberal, pluralistic society,” Morrison said. “To push back against coercion, to maintain our sovereignty and to support others to make decisions that are in their own long-term sovereign interest.”

Pretty tame stuff. You’d expect the PM to push back against China, which has been randomly pulling the plug on Aussie exports contrary to international law. Why shouldn’t the WTO have a bit of muscle to protect our producers and exporters?

What was the response from WA’s Labor Premier? McGowan wet his pants.

“I don't understand it, why he would be doing that,” he said.

“You don't support the nation unless you have customers and our biggest customer is China.

“I just think we need to be very careful in relation to our language and the way we approach these things because we could be the big losers out of it.”

“If you don’t have an open trading system backed by an international rule of law, well, it’s very hard to be a trading country in this world.”

Fair enough? Not according to McGowan.

“I’m a Premier of the state that actually carries the nation’s economy,” he shot back.

He labelled comments by federal ministers about the threat posed by China as “insane”.

“It is absolutely off the planet and I don’t get it and I wish they would stop because it is not in our national interest in any way shape or form,” he said.

“WA continues to trade through COVID with countries who buy our products, particularly when iron ore is over $200 a tonne, that’s what’s supporting the national economy and yet we have politicians who want to destroy that.”

He’s right about one thing: he absolutely doesn’t get it.

Maybe that’s because McGowan is the bloke who thought it’d be a great idea to keep WA’s ‘hard border’ after the pandemic is over – because it’s a bit more convenient for police.

Maybe that’s because he’s sitting on a $5 billion surplus funded by the royalties paid by mining companies for out-of-control iron ore prices.

Or maybe that’s because he just hates freedom.

Whatever the reason, it’s time for McGowan to stop worrying about the bank balances of his billionaire mates, get off his moral high horse and start backing the national interest.