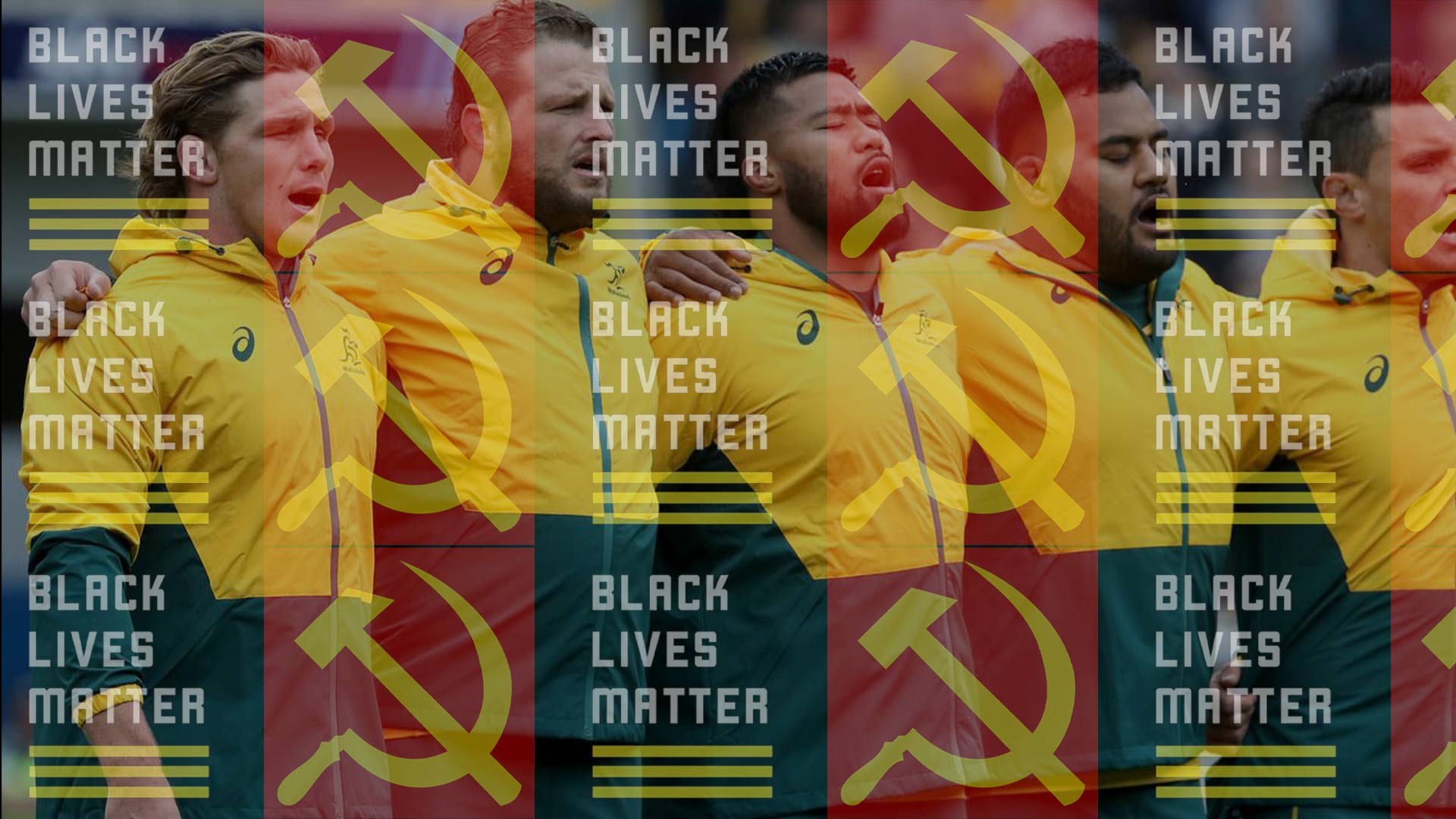 Rugby Australia should learn from its last foray into identity politics and not seek to divide Australians by bowing to the Marxist Black Lives Matter movement.

The overwhelming majority of Australians are not racist and resent the BLM message that white people have “systemic racism” in their hearts whether they know it or not.

Violence in the name of BLM is not something we want imported from America to Australia.

Sadly our national rugby team, the Wallabies, are considering “taking a knee” https://www.theaustralian.com.au/sport/rugby-union/wallabies-consider-kneeling-during-national-anthem-in-bledisloe-cup-to-support-black-lives-matter/news-story/d4741bf579761efedce1c8d364dcf564  on field before the national anthem at the next Bledisloe Cup match against New Zealand in Sydney on October 31.

Unfortunately our cricketers are also flirting with BLM https://www.theaustralian.com.au/sport/cricket/ponting-says-black-lives-matter-most-important-issue-in-society/news-story/495e18f1a803cee3ef68ab16926bd7d9 in a well-meaning but misguided attempt to tackle perceived racism.

True Australians believe all people matter regardless of skin colour. Sadly not many people know that the BLM movement has other agendas, including an openly Marxist political agenda.

The BLM website has recently been scrubbed of radical elements including its opposition to the family and the communist greeting “comrade” has been deleted https://www.heritage.org/progressivism/commentary/the-soviets-black-lives-matter-purges-its-history.

Indigenous leaders Warren Mundine and Jacinta Price have consistently pointed out that BLM does not apply in Australia because all indigenous deaths in custody had occurred through tragic circumstances such as suicide or as a result of medical conditions https://www.advanceaustralia.org.au/blm_lies_of_the_left .

They also point out that the sad truth that the overwhelming majority of violence against black people in Australia is perpetrated and committed by other black people https://www.facebook.com/advanceaust/posts/the-greatest-failing-of-the-black-lives-matter-movement-in-australia-and-a-compl/743389593107618/ .

Sadly BLM is about imposing unfair guilt upon Australians because of the colour of their skin and dividing the nation.

It’s great that the Wallabies will wear indigenous-themed jerseys at the Sydney test – all Australians love to celebrate our indigenous people and their heritage.

But kneeling to the political objectives of a divisive Marxist organisation is not the Australian way.

Rugby Australia’s attempt to use cancel culture and identity politics because Israel Folau quoted the Bible didn’t end well. Taking a knee at the Bledisloe won’t help a game that is already on its knees.