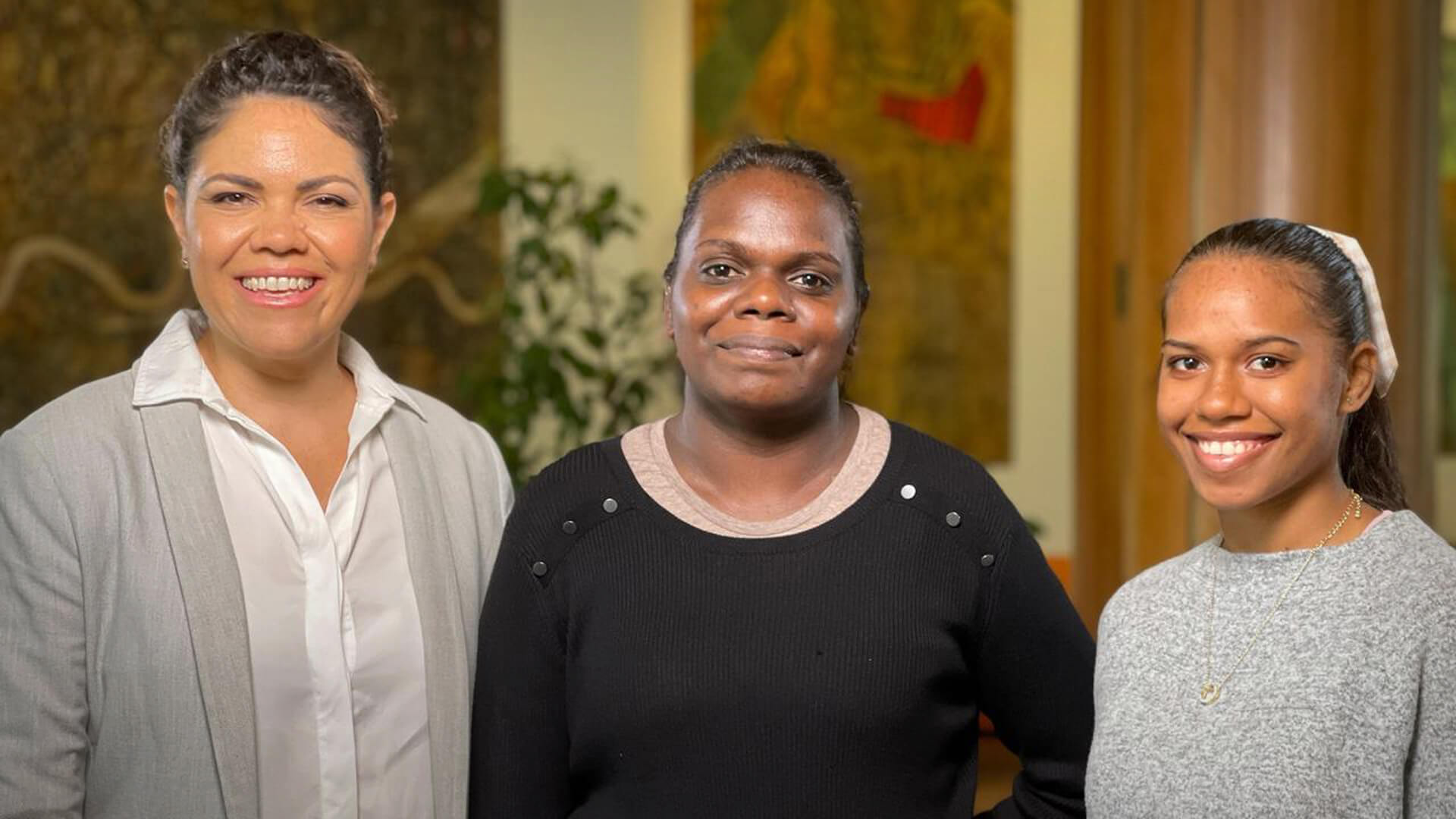 As opposed to screeching vacuous platitudes about the need to change the date of Australia Day down the busy streets of our major CBDs, Indigenous leader and Advance spokeswoman, Jacinta Price focuses on the real issues.

This week, Jacinta and Cheron Long - the brave cousin of a young Aboriginal girl who died hours after being sexually assaulted in remote Northern Territory - travelled to Canberra to raise awareness about the unparalleled rates of sexual abuse suffered by Indigenous women.

More specifically, Ms Long lamented how the death of her 15-year-old cousin, Layla Leering, wasn’t adequately investigated by police and incorrectly dismissed as another case of suicide.

Thankfully, however, the story doesn’t end there.

For instead of caving in and letting their beloved cousin, daughter, sister and niece be denied the justice she rightly deserves, Ms Long and her family pressured the police into further inquiry, resulting in the case being reopened as a murder investigation.

Even more significant is how Layla’s family proved that the police and government had ignored several warnings about Layla’s wellbeing prior to her tragic end, bringing rise to the opening of a long-overdue review into police and child protection agencies.

This is what mainstream Australians call real activism.

While the perpetually offended are caught up with changing dates, establishing an “Indigenous voice” in parliament and demonising all people of Anglo-Celtic backgrounds as savage colonial oppressors, Cheron Long chooses “to be a voice for the silent victims out in remote communities.”

Ms Long is willing to be honest about what is causing the scourge of abuse in the outback, admitting the shocking levels of domestic violence and sexual assault Aboriginal women face is “fuelled by alcohol a lot,” with “women getting bashed by their partner…constantly.”

She is not afraid to acknowledge that Indigenous women are forced to live with an “Aboriginal rape culture” where “sexual abuse is accepted as normal in too many Aboriginal communities.”

She even had the fortitude to take aim at the outspoken city-based Indigenous activists who’ve done nothing about how “there are so many young girls out in the bush who have no voice and are too afraid to talk up, to tell the world what is happening to them.”

“We want women and children and their voices from remote communities to be heard by our leaders,” Ms Price said.

“It’s very, very frustrating that our voices are largely ignored, that the western feminist movement ignores our voices because we belong to a different ethnic group, we’re still Australian citizens and we still want the kind of support that we’ve seen in the last couple of weeks around sexual assault.”

Afterall, if Western feminists really cared about the evils of “rape culture”, why are they “ignoring” Indigenous “voices” when Indigenous women experience sexual assault at six times the rate of non-indigenous women?

If Labor and the Greens are so concerned with “racism” and “discrimination”, why do they engage in the soft bigotry of low expectations by continuing to give handouts while disregarding the fact that Indigenous unemployment rates are three times the non-Indigenous rate?

Instead, it appears their ultimate agenda is to “pit race against race, religion against religion, prejudice against prejudice. Divide and conquer!” as renowned feminist and wife of President Roosevelt, Eleanor Roosevelt said so many years ago.

Its time for left-wing activists to unite with the Indigenous women they profess to speak for and actually do something about their suffering, instead of using it to push their neo-Marxist political objectives.