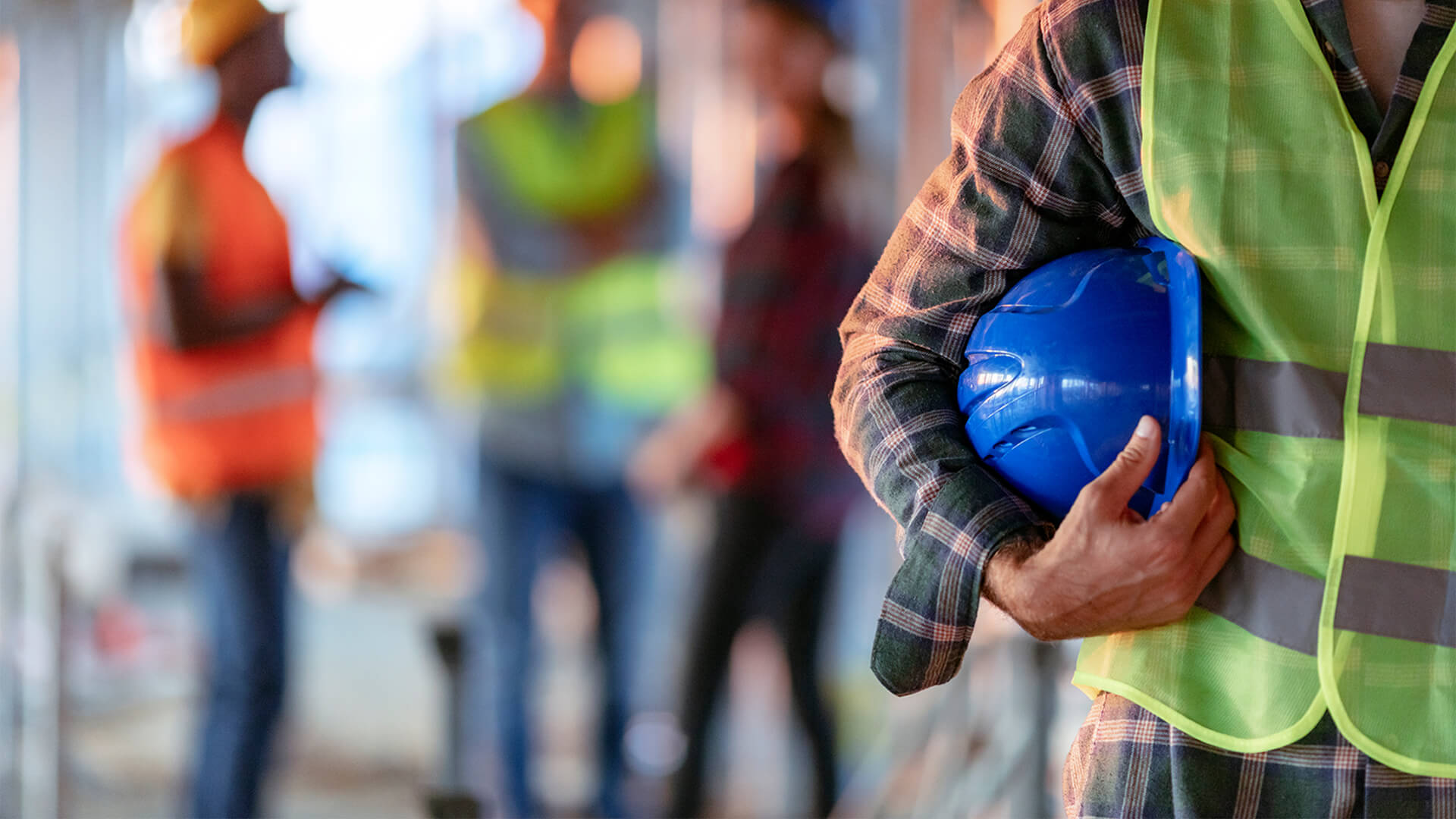 According to a new report released by the Institute of Public Affairs, ‘the best available domestic and international evidence suggests that lockdowns don’t work.’

This is because they ‘lack proportion by outlawing or severely limiting the undertaking of activities which pose an infinitesimally small risk to public health, such as surfing in the ocean alone.’

Instead, the report argues that governments should have stood by their original policy of ‘flattening the curve’ and more effectively ‘put in place measures to protect the elderly and the vulnerable, implement high-quality contact tracing, continue with random community testing, and maintain international border control’

The consequences of the hard lockdown and the government’s mission creep from ‘flattening the curve’ to permanent ‘virus elimination’ has already and will continue to sow almost irreparable damage to the Australian economy and our quality of life.

For example, the report’s modelling shows that from June 2020 to June 2022, the cost to GDP of an elimination strategy would be in the realm of $319 billion (or 23 per cent of GDP) – equivalent to total Commonwealth expenditure on defence, education, health, social security and welfare combined in 2018-19.

Arguably more concerning is how the report hypothesises ‘the creation of two Australia’s.

Although the politicians, mainstream media and bureaucracy like to preach that ‘we are all in this together’, the IPA has identified that this is by no means the case:

‘there are those who are living in the productive, private parts of the economy who have been disproportionally affected by the lockdown measures, and those in the public sector and quasi-government institutions who have been protected and in many cases are flourishing’ 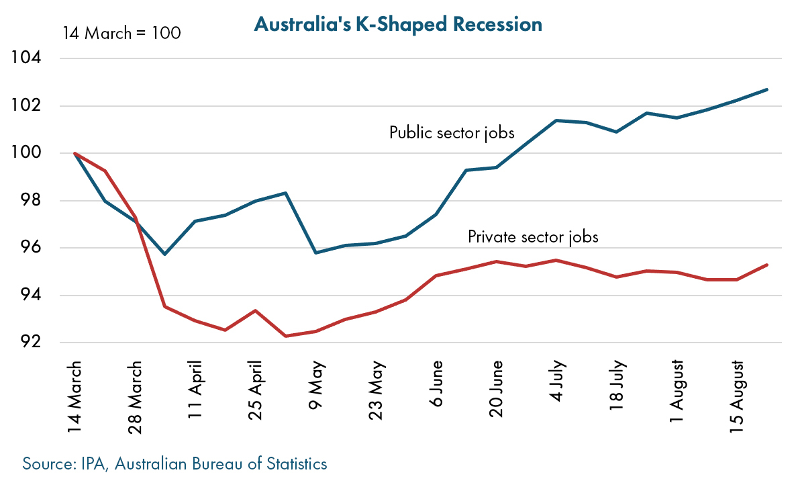 Hence why the ACT’s effective unemployment rate nearly halved between April and August according to Treasury – a situation made possible as 44% of its jobs are in the public sector which had not been affected by cuts.

The social costs of this state of affairs will be immense.

Undoubtedly, the worst impacted will be young Australians who, according to the IPA, accounted for 35 per cent of net job losses since March (even though they only account for 15 per cent of the workforce).

Although this was already occurring pre-COVID-19, with research from the IPA estimating that the percentage or workers employed in small business dropped to 44 per cent in 2017 from over 50 per cent a decade before, the lockdown will exacerbate the trend.

The IPA found that in July, ‘35 per cent of small business reported that it will be difficult to meet financial commitments over the next three months, compared with 18% of large businesses.’

Similarly, between March and August, some 377,440 jobs were lost in small businesses, compared with 31,000 jobs in large businesses.

The author, Daniel Wild, even went so far as to say that:

A most concerning prediction considering the average future taxpayer will be burdened with the cost of servicing Australia’s public debt which will not reach net zero until 2056/57 according to PWC – meaning that an 18 year old who has entered the workforce this year cannot expect to see an economy with net zero debt until he is 55.

For the vast majority of young Australians the future does not look bright whatsoever.

This is why Australia must facilitate the creation of economic opportunity for our youth outside of left-wing universities, foreign-owned management consulting firms and increasingly progressive law firms.

It is time we turned to the vast interior of this great land and redevelop it for the future prosperity and security of our children’s children.