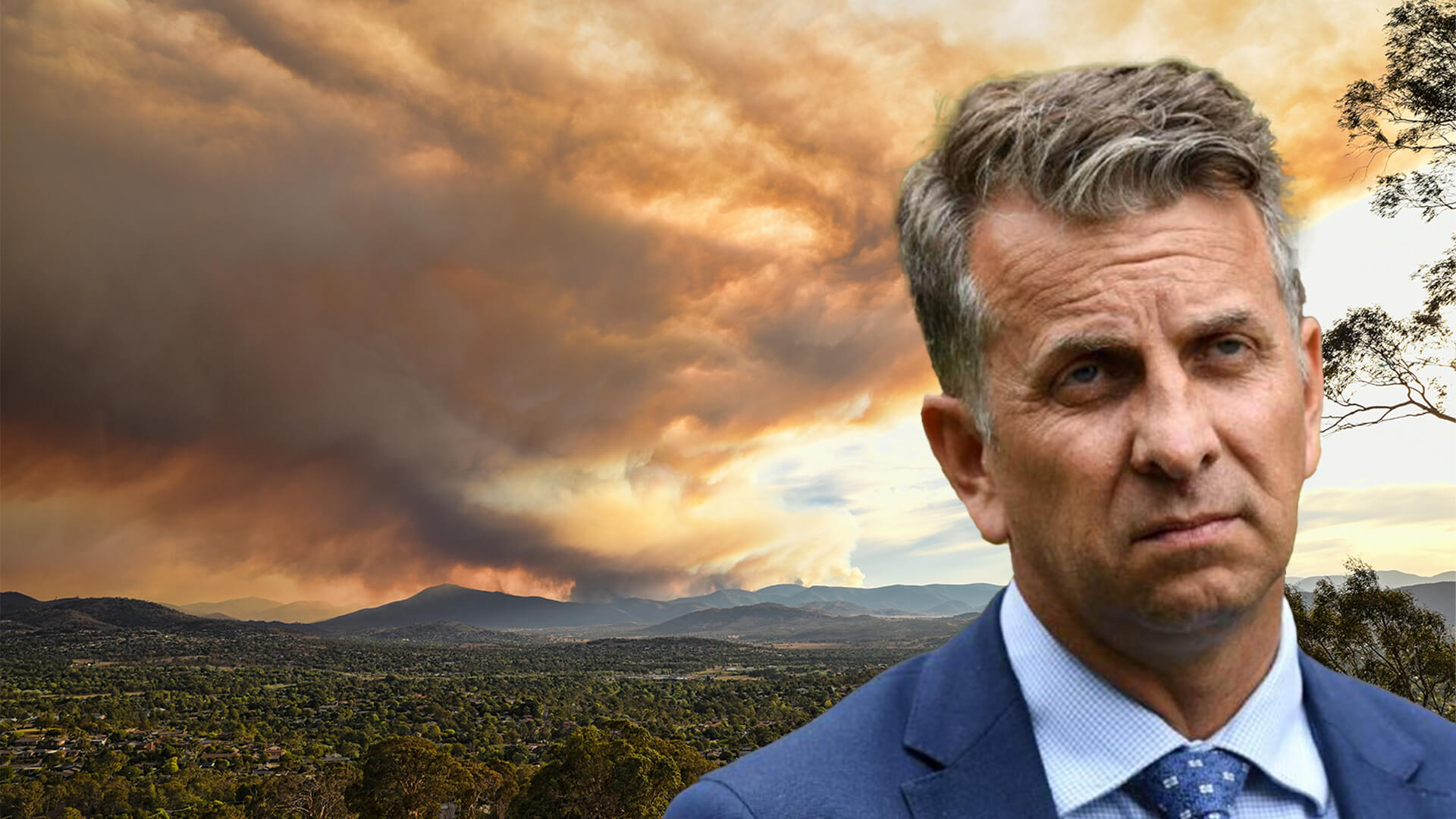 The NSW Transport Minister, Andrew Constance believes the ‘predominant’ cause of the 2019/20 bushfires (which he called the ‘biggest wildfire in the history of the globe’) was climate change.

He argues that it is time the debate moved on from ‘left-right, green-brown’ divisions and towards ‘great outcomes that everyone benefits from.’

Well Mr Constance, mainstream Aussies will not just ‘move on’ from daring to question the narratives put forth by you and your colleagues without seeing concrete evidence linking climate change to the bushfires.

According to the Climate Council of Australia, ‘climate change – caused by the burning of coal, oil and gas – is driving worsening bushfire conditions in Australia by creating:

Let’s see if any of these assertions are grounded in reality.

First of all, Constance’s claim that ‘we have seen the biggest wildfire in the history of the globe here’ is false. In the 2019/20 bushfire season, 20 million hectares were burned – nothing compared to the 120 million hectares that burned in 1974/75.

Secondly, there is little evidence Australia is getting hotter.

According to the raw, unhomogenised, pre-2011 Bureau of Meteorology data, the average number of very hot days was higher in the 1930s than now.

And according to William Dawes – an engineer, astronomer and surveyor employed on the HMAS Sirius – who kept meticulous records of daily weather measurements spanning 1788–91. A modern analysis of this data concludes that “Remarkably, the records appear comparable with modern day measurements … displaying similar daily variability, a distinct seasonal cycle and considerable interannual variability.”

The average monthly maximum temperature of the 1788/89 summer was 27.8 degrees Celsius.

Regardless, the Bureau of Meteorology had the gall to say that the 2018/19 summer was easily the hottest on record even though its average monthly maximum temperature was only 28.1 degrees – a mere 0.3 degree increase over a whopping 230 years.

Thirdly, there is no evidence whatsoever that Australia is facing declining rainfall.

According to the Bureau of Meteorology, there has been no recorded decrease in annual rainfall at Cobargo, Dalgety, Ensay, Gabo Island, Melbourne and Sydney since 1860.

Finally, there is no conclusive evidence that lightning strikes are increasing.

In fact, according to a paper produced by the Bureau of Meteorology in 2002, the number of thunder-days decreased in Hobart, Canberra and Longreach between 1970-99, while they increased in Adelaide and Darwin over the same period.

In fact, Professor Andy Pitman, the Director of the ARC Centre of Excellence for Climate Extremes, echoes all the points mentioned above.

In June 2019, Professor Pitman admitted that:

We bet you did not read about one of Australia’s top climate scientists saying that in the ABC or The Guardian.

And yet they tell us ‘we must trust the science.’

So, what exactly did cause the bushfires earlier this year and why were they worse than we have seen since at least the Black Saturday Fires of 2009?

Well to use the words of top fire expert and former CSIRO scientist David Packham, ‘the only thing that we people can control is the amount of fuel and that is what we are not doing.’

‘The Indigenous people, the custodians of our land for twenty, thirty, fifty thousand years never had fuels like we have now. We now have fuels that are about ten times greater than what the Aborigines had before colonisation took place in Australia.’

He went on to explain that, if we increase the fuel by ten, the fire intensity is 100 times greater – resulting in fire intensities with figures like 70MW per metre. And yet, the maximum we can extinguish with helicopters, bulldozers and tankers is just 3MW per metre.

So why is there so much lying and obfuscation?

Well, we will leave that to Packham:

‘There are four groups that profit out of the situation we have got now:

It would hardly be surprising to see mainstream Australians put Transport Minister Andrew Constance into the third category.