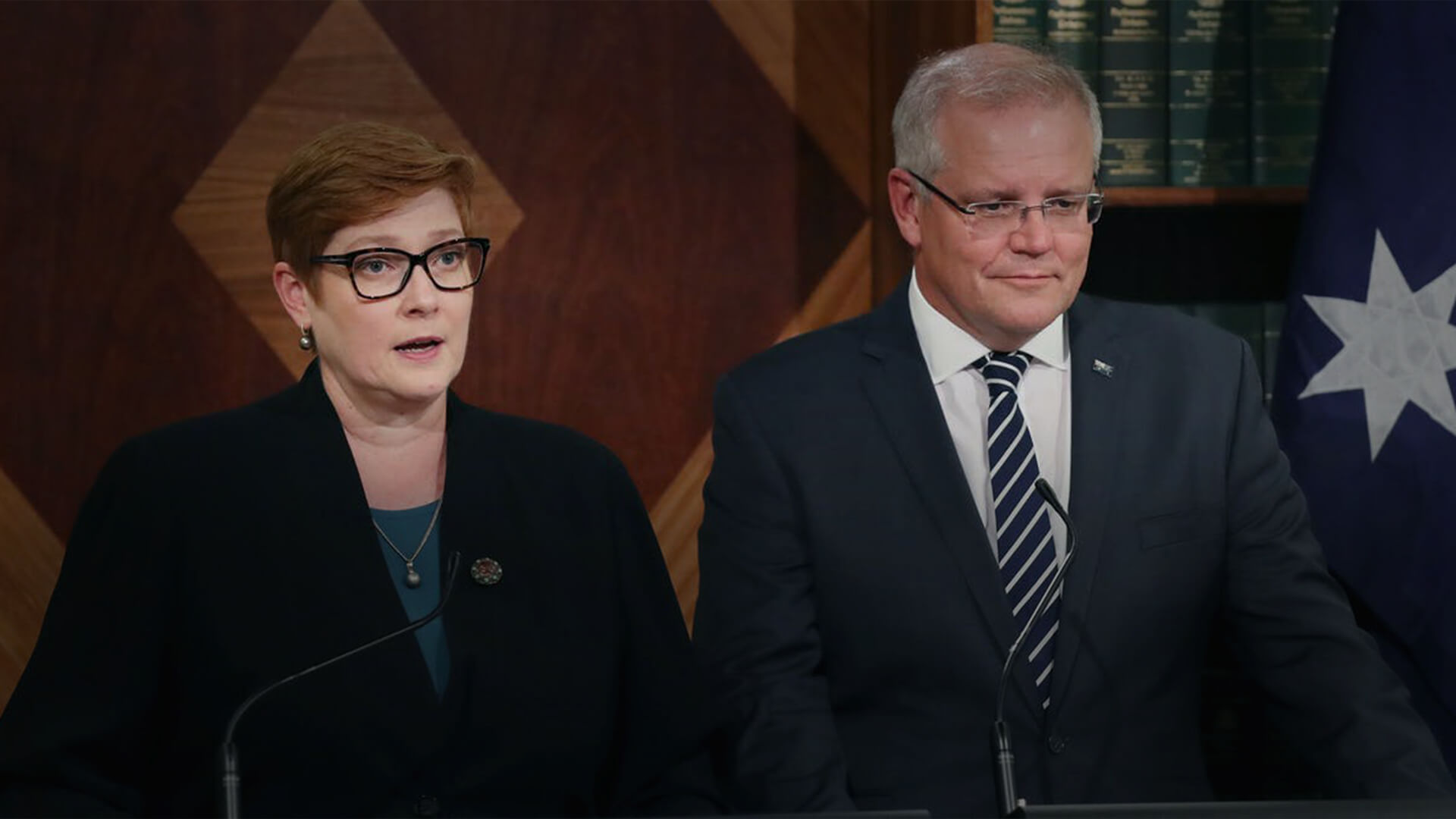 Our pollies are finally listening to your voice.

Amid rising tensions between Australia and China, the foreign minister now has the power to cancel agreements entered into by states, territories, local governments and public universities with foreign governments if they’re deemed out of step with the national interest.

Advance supporters have been in the front line of the fight to get the Chinese Communist Party’s tentacles out of our nation and yesterday Parliament delivered.

Finally, the Federal government has the ability to scrap Victorian Premier Dictator Dan’s Belt and Road agreement with Communist China.

Let’s hope they waste no time.

And the multimillionaire vice-chancellors from our universities who’ve been allowing the transfer of some of our most sensitive intellectual property to this very regime can be put back in their place where they belong.

The days of on-campus CCP fronts like Confucius Institutes are also numbered.

However, as the saying goes: less talk, more action.

The government needs to actually use these new powers to send a crystal-clear message to Beijing that we’re not up for sale and we’ll never cower to dictator Xi Jinping.

Reviews of agreements with the CCP will start almost immediately but this must be followed by action early in the New Year.

But the legislation was eventually passed with bi-partisan support, sending a clear message to the CCP.

In response to the passing of the bill, the Chinese Communist Party published a piece condemning Australia in its English language propaganda rag: The Global Times.

Ruan Zongze, Vice President and Senior Research fellow at the China Institute of International Studies wrote that the passing of the Foreign Relations Bill this week suggests:

“Australia now seems to be in an abnormal state of political madness and paranoia, with a distorted mind-set confusing what is right and what is wrong.

Well Ruan, Australia doesn’t have a distorted mindset on what is right and wrong at all.

Wasn’t it your government who had a crack at our soldiers over still as yet unproven war crime allegations at the same time the CCP has millions of Uyghur Muslims in concentration camps?

The difference between Australia and the CCP is we investigate our crimes and punish perpetrators while the CCP perpetrate human rights abuses as a matter of policy.

Isn’t it your government, Ruan, who is undermining its economic interests by trying to bully Australia into submission?

And now, thanks to the passing of the Morrison Government’s Foreign Relations Bill, rogue state governments like Daniel Andrews’ and the delusional university Vice-Chancellors can be brought back onto Team Australia.

It’s great to see the Morrison Government showing courage in the face of the world’s biggest bully.

This is a result for all mainstream Australians who want to see a secure, prosperous and free nation.