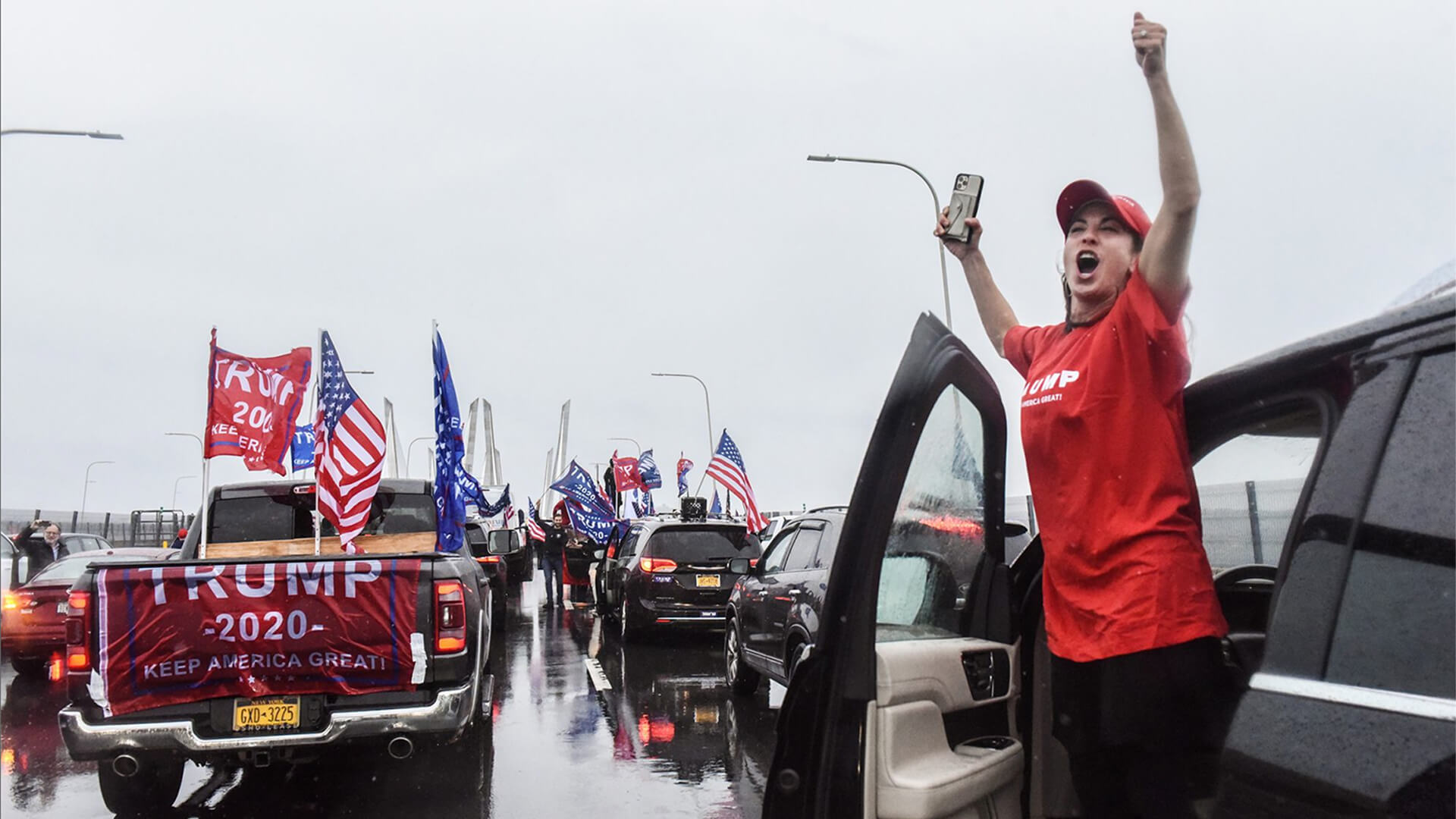 The stick Donald Trump jammed in the spokes of the radical Left’s agenda may work its way loose if Joe Biden takes the White House.

The emboldening of ordinary people whom Hillary Clinton and Biden deride as “deplorables” and “chumps” may take a hit but they won’t go away.

Sixty-eight million voters simply want a better future for their families and nation free from the dictates of climate hysteria and freedom-crushing PC cancel culture.

This freedom-loving mass movement Trump energised will be set back if he loses but it is here to stay.

It may even come back bigger and better and Advance Australia will certainly play its part in this part of the world.

So determined are some on the Left to boot Trump that they have resorted to voter fraud and ballot-rigging.

Whether or not this has been done on an organised and large enough scale to make a material difference is yet to be determined.

The Trump team have filed lawsuits to get to the bottom of:

While there is no smoking gun there’s plenty of gun smoke. These examples and many others that are surfacing deserve to be investigated and Trump is right to ask for the courts to adjudicate.

It is typical of the mindless “Trump Derangement Syndrome” that has plagued his Presidency by those who never accepted the 2016 result.

Trump's concerns of fraud are not baseless, they are valid and they should be checked so everyone can have confidence in the US electoral process.

America certainly needs an independent body like the Australian Electoral Commission to run its elections rather than the hodge-podge of state-based bodies, often staffed by people who openly hate Trump.

Meanwhile, the mainstream media and the polling companies who all predicted a Democratic blue landslide for Biden should be reaching for the spatulas to scrape the egg off their faces.

But so brazen is the mainstream media, that no one is being asked for “please explains” or to clean out their desks for getting the Trump vote so badly wrong, not once but twice.

As Trump said in his White House speech today, he was up against the big donors of Wall Street, big media and the big tech tyrants of Silicon Valley.

They threw the kitchen sink and the entire kitchen at him.

In fact, Facebook and Twitter now routinely interfere with, and even cancel, social media commentary and commentators with whom they disagree.

Such is their sense of moral superiority, they are willing to deploy their unprecedented power even against the leader of the free world.

They consider themselves the sole arbiters of truth.

Speech on their monopolistic platforms is only as free as they allow.

It’s ironic that wealthy establishment elites now back the Democrats as Trump picks up the working-class vote and increases his standing amongst Latinos, Asians and African Americans.

This is despite the toxic Marxist Black Lives Matter movement seeking to paint Trump and anyone who supports him as oppressive racists.

Win or lose, Trump has defied the odds and unleashed a movement that will not go away.

They’ve seen what happens when the bullies of the Left are stood up to.

They’ve glimpsed the possibilities for a nation free from climate fear, PC thought control and confident enough of its greatness to take on and stand up to the Chinese Communist Party.

All this is under threat if Biden wins.

Trump is right to ask the courts to check if the election is fair.

But win or lose, deplorables and chumps must keep fighting.