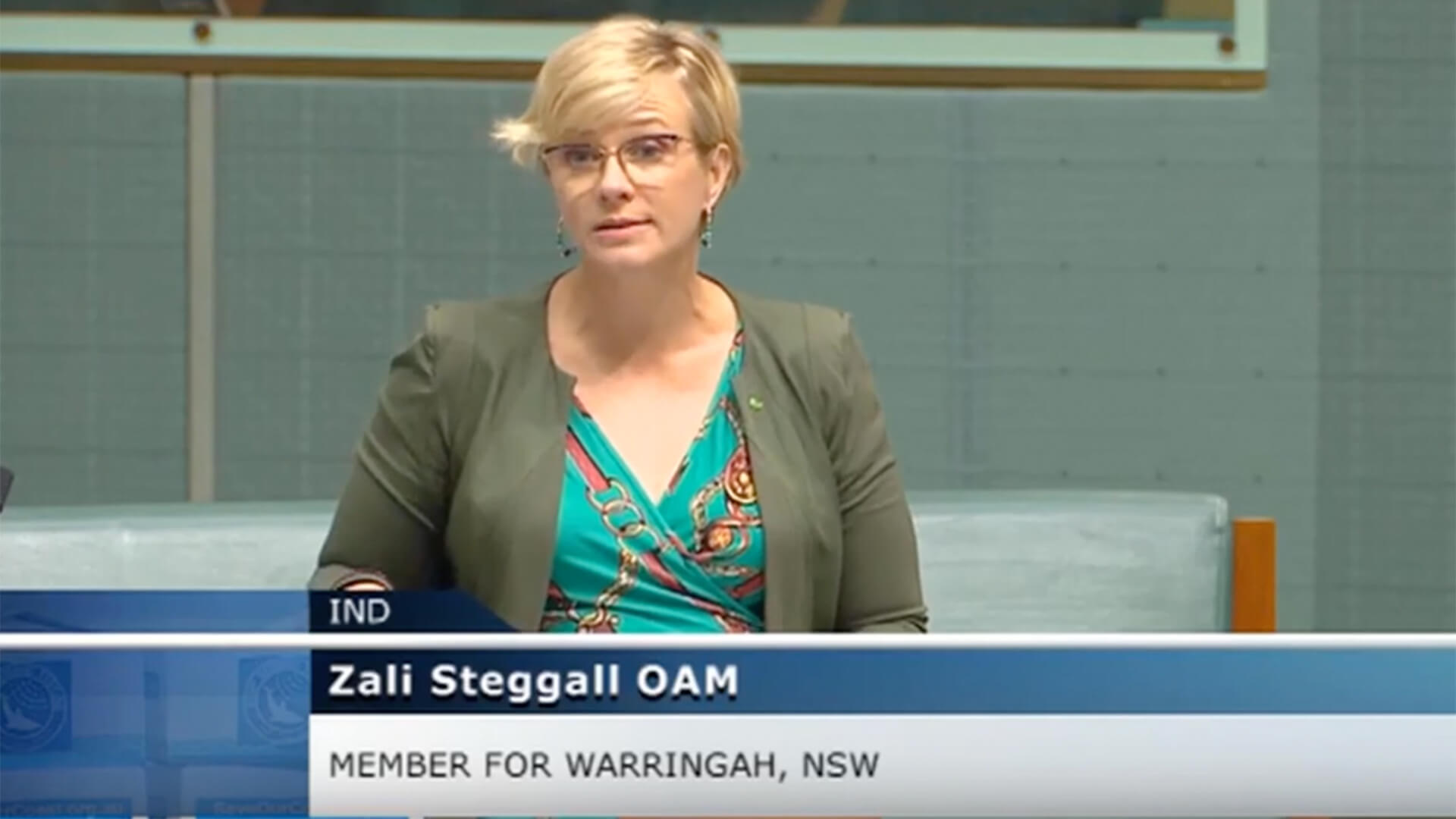 According to a “clean energy news” outlet that calls itself “Renew Economy”, the Prime Minister has rejected Zali Steggall’s policy proposal to give an unelected body of bureaucrats and “experts” power to dictate the government’s stance on net zero emissions.

Although billionaires and millionaires who suffer “climate anxiety” about rising sea levels while living on Sydney’s waterfront may disagree – think Mike Cannon-Brookes and Malcolm Turnbull – millions of average Australians back you.

Afterall, we all know if there was an election tomorrow, Zali’s proposal for an “independent Climate Change Commission made up of members with expertise in climate science and policy, much in the same way the Reserve Bank operates monetary policy” would be rejected by the electorate.

The Prime Minister would see “modern Liberal” MPs such as Trent Zimmerman and Bridget Archer drag his performance down after calling for “a national commitment to achieving net zero emissions by 2050... and ten-year emissions budgets with five yearly reviews”.

While you’d see Labor under Albanese faring no better.

This week Labor’s energy spokesman Chris Bowen lamented how “Coalition members have recommended Parliament shut down debate on climate bills, including for Australia to legislate a net zero by 2050 emissions reduction target.

“This is further evidence that Morrison’s ‘preference’ for net zero by 2050 is just more weasel words from a Prime Minister that is loose with both truth and delivery. Labor members of this committee supported these bills being considered by the Parliament,” Bowen said.

Did you hear that Australia?

That means net zero emissions targets and carbon taxes for Australia’s households, small business and heavy industries – making our economy even more uncompetitive than it already is relative to the Chinese Communist Party.

It means more power to unelected bureaucrats like Australia’s most senior energy bureaucrat, CEO of the Australian Energy Market Operator (AEMO), Daniel Westerman who said Australia must “engineer grids that are capable of running at 100 per cent instantaneous renewables penetration by 2025”.

Perhaps even worse is how those who claim to represent Australian business and industry have jumped on the net zero hype train – obviously for no other reason than their abounding virtue.

According to the Australian Conservation Foundation, 99 per cent of the 6,500 submissions were “supportive” of Zali’s net zero focused “independent” Climate Change Commission. Among them “were contributions from peak business and industry groups the Business Council of Australia and the Australian Industry Group”.

What a sad reflection upon Australian democracy.

Nevermind how the Australian people so forcefully rejected Kevin Rudd’s carbon tax at the 2013 federal election. Who cares that the electorate punished Malcolm Turnbull for going green on the Paris Climate Accord in 2016? And why should big business bother reflecting on Shorten’s humiliation after making net zero emissions his primary policy at the 2019 election?

It appears the “modern Liberals”, Labor-left and “peak business and industry groups” believe they know best. Hence why they’re working with independents like Zali Steggall to usurp democracy and give an unelected body of bureaucrats and “experts” – stacked out with those empathetic to the green agenda no doubt – power to dictate the government’s stance on net zero emissions.

As we keep saying here at Advance, what on Earth could possibly go wrong…?