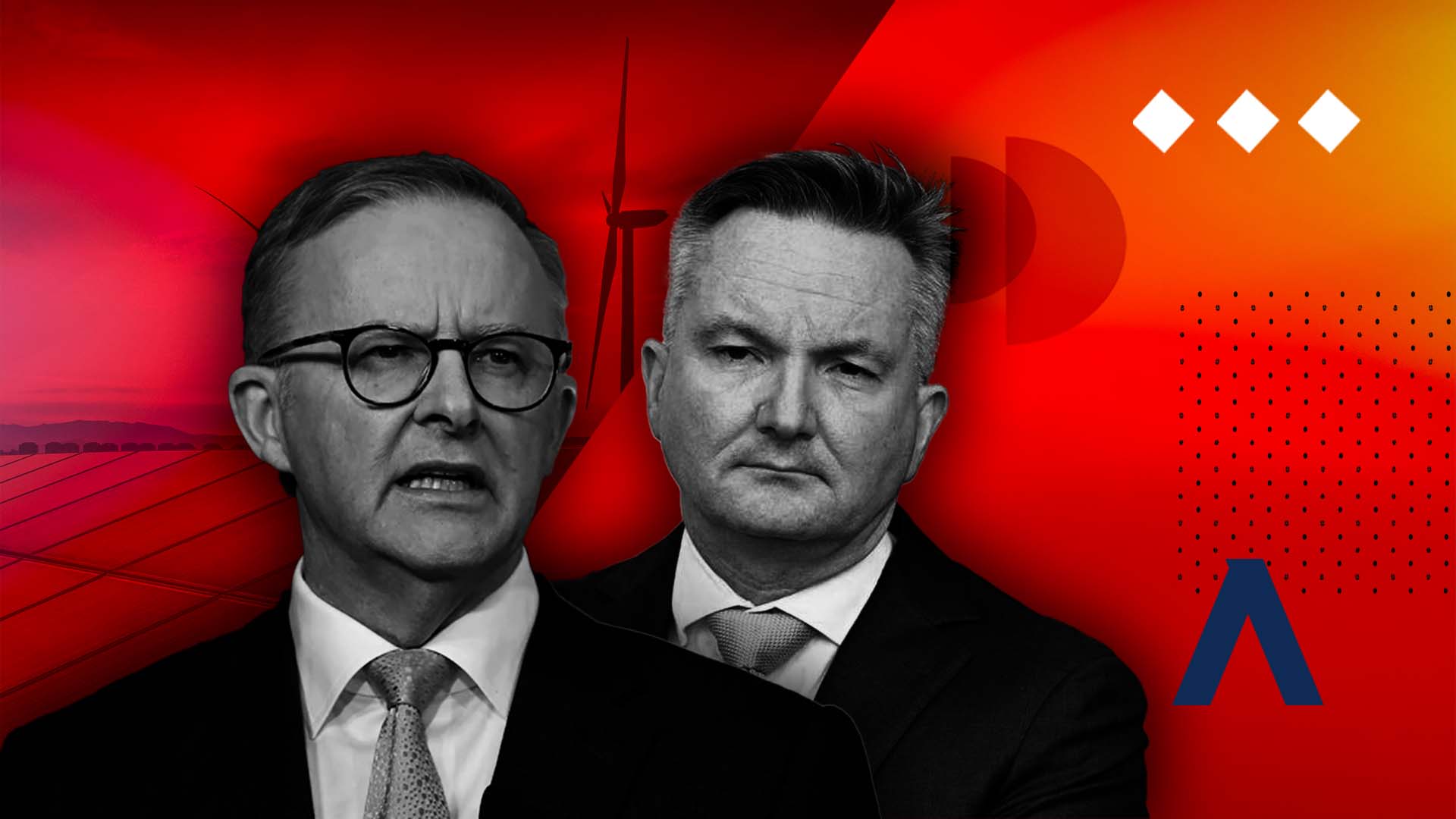 There’s no bloody doubt about it.

Anthony Albanese and Chris Bowen’s climate policy will go down in history as THE MOST DESTRUCTIVE POLICY IN AUSTRALIAN HISTORY.

According to the Grattan Institute’s Going for net zero report, “renewables-based systems are not substantially cheaper than the coal-based system”.

In fact – “It’s stupid when [governments] keep saying we are going to bring prices down when they can’t,” Grattan’s energy director Tony Wood said.

…and we get two reasons why.

First, there’s the costs of extra transmission lines required to link up far-flung wind and solar farms to the electricity grid.

Second, there’s the costs of “firming” wind and solar with back-up power such as batteries and pumped hydro.

These costs are huge, of course.

To get to 82 per cent renewables as Bowen wants by 2030, we will need to roll out 10,000 kilometres of new transmission lines in under eight years.

That’s enough transmission line to connect the coal plants of the Hunter Valley to South Africa’s grid on the other side of the Indian Ocean.

The towers and poles of these transmission lines are made out of steel…and steel is made out of iron ore and coking coal in Chinese factories that are powered by thermal coal.

The conductors and wires in these transmission lines are made out of aluminium – which is again, overwhelmingly manufactured in coal-powered Chinese factories.

How on Earth is this green and renewable?

The same goes for the wind turbines and solar panels themselves.

Of the top ten wind turbine manufacturers, seven of them are Chinese.

And over 90 per cent of Australia’s solar panels were made in China… which is hardly surprising given there are four key components in solar panels including:

You can’t make this stuff up, can you?

This is the state of the Albanese Labor government.

These people are SO committed to “saving the planet” that they’re going to import a bunch of unreliable, weather-dependent “renewables” from Chinese factories that can’t keep the lights on in Europe.

They will then demand landowners across regional Australia hand over vast swathes of their property to make way for their transmission lines and wind/solar farms.

They will continue subsidising this racket to the tune of at least $20 billion a year.

…and when anybody like ADVANCE dares question the insanity of all this, we’re labelled “climate deniers”, “shills to the fossil fuel industry” and “climate terrorists.”

But it’s not all bad news.

With Europe on the verge of blackouts before winter and Australians facing skyrocketing power bills, more and more people are waking up.

They want action on the cost of living, not action on “climate change”.

They want Aussie coal, gas and uranium to power our homes, not Chinese-made wind turbines and solar panels.

Most of all, they want Peter Dutton to represent them by ditching ‘Net Zero’, backing coal and legalising nuclear.