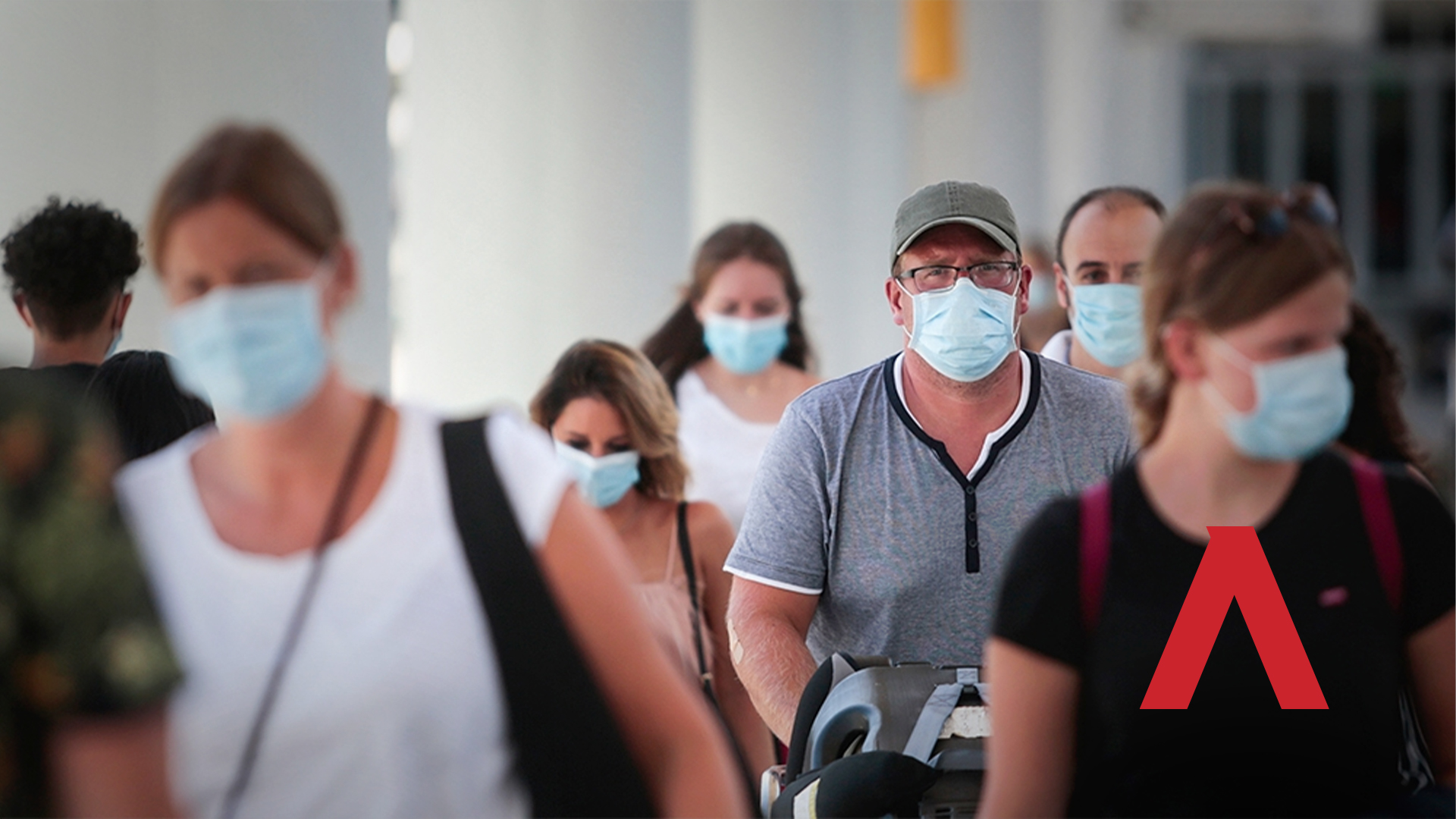 While the world opens up, and ditches masks, vaccine mandates and travel restrictions; the ABC wants Australia to go back to the days of harsh lockdowns.

Rowland said compulsory masks MUST be re-introduced because a few studies show mask mandates offered close to a 100 per cent success rate - despite case numbers climbing even when previous mandates were enforced during the Delta and Omicron outbreaks.

In response, Butler said the advice from the chief health officers is that Australia has “moved beyond the era of very broad mask mandates and lockdowns”, and that you can “make your own choice” about wearing a mask indoors.

Good on you, Mark!

Australians HAVE moved on from mask mandates and lockdowns…and there are COUNTLESS studies proving that Australians are right to have moved on!

For example, a study by the University of Waterloo published in the Physics of Fluids journal, scientists concluded “a standard surgical and three-ply cloth masks … filter at apparent efficiencies of only 12.4 per cent and 9.8 per cent, respectively”.

A study by the US Centre for Disease Control and Prevention found that 85 percent of participants contracted the Wuhan Flu even after either “always” (71 percent) or “often” (14 percent) wearing a face mask, suggesting the masks are not entirely effective at preventing the spread of the coronavirus.

A study from the University of Louisville determined that “mask mandates and use are not associated with lower SARS-CoV-2 spread among US states”.

In 2009, the American Journal of Infection Control concluded “face mask use in health care workers was not demonstrated to provide benefit in terms of cold symptoms or getting colds”.

A year later, a study in Epidemiology and Infection titled “Face masks to prevent transmission of influenza virus: A systematic review” found that “none of the studies reviewed showed a benefit from wearing a mask, in either health care workers or community members in households.”

In 2012, researchers published a study called “The use of masks and respirators to prevent transmission of influenza: a systematic review of the scientific evidence” and found “there were 17 eligible studies. … None of the studies established a conclusive relationship between mask/respirator use and protection against influenza infection.”

In 2016, a study in the Canadian Medical Association Journal “found no significant difference between N95 respirators and surgical masks in associated risk of (a) laboratory-confirmed respiratory infection, (b) influenza-like illness, or (c) reported work-place absenteeism.”

A 2019 study in the Journal of the American Medical Association determined that “among outpatient health care personnel, N95 respirators vs medical masks as worn by participants in this trial resulted in no significant difference in the incidence of laboratory-confirmed influenza.”

What studies are you referring to when you say, “studies show mask mandates offered close to a 100 per cent success rate”?

How do you respond to the studies listed above which disagree with your push for the re-introduction of mask mandates?

And how can you argue mask mandates are effective when cash numbers rose significantly even when previous mask mandates were enforced during the Delta and Omicron outbreaks?