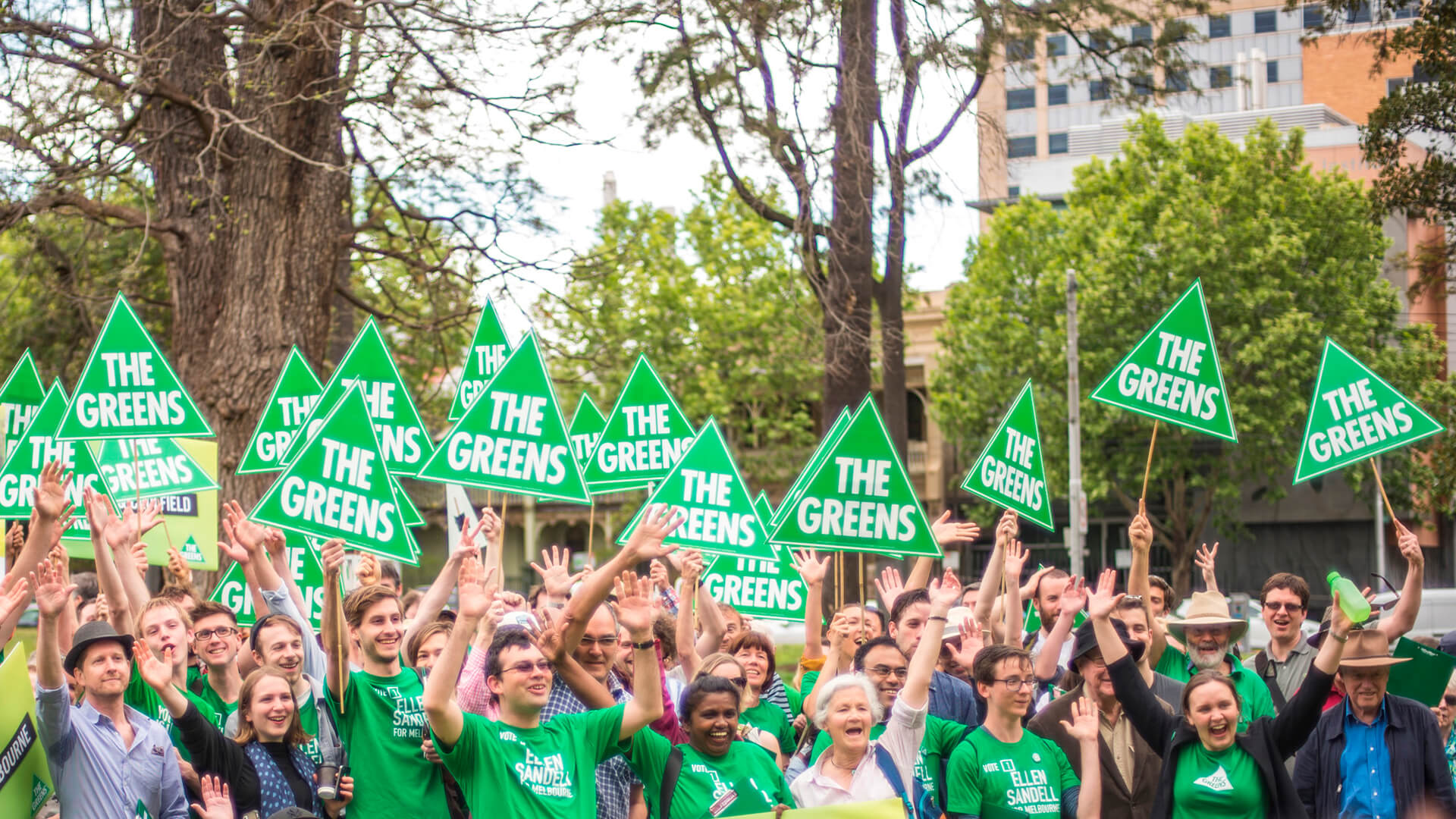 Every day, more and more Australians are waking up to the lies of the Australian Greens, and the evidence is indisputable.

According to polling published this morning, the Greens’ base has fallen from 11 per cent down to 8 per cent, its lowest primary vote since September 2012.

Even better, the fall in their primary vote isn’t mirrored among other minor parties or independents.

While the Coalition’s and Labor’s primary vote is polling at 34 and 41 per cent respectively, "other minor parties" (including Clive Palmer's United Australia Party) have increased its primary to a record high of 14 per cent, and One Nation has stayed steady at 3 per cent.

So, what has happened to the party that sees itself running the country with the help of desperate each-way Albo?

After years of lies, deceit and gross incompetence, the Greens have woken up to discover the Australian people have seen through their spin.

They don’t protect the environment.

In fact, millions now understand they do the VERY opposite.

It was Greens-endorsed policies that caused the immense destruction caused by bushfires.

Australians know the Greens – from Canberra to the capital cities and local councils – have worked on locking up our national parks and banning local farmers, loggers and bush firefighters from managing the bush as they’ve done for centuries. As a result, fuel loads accumulated, undergrowth spiralled out of control, fire trails became blocked – meaning Australia’s hundreds of millions of hectares of national parks were inaccessible ticking time bombs just waiting to go off.

Anyone who isn’t caught up in Cold War anxieties about nuclear war and fallout can’t rationalise why the Greens refuse to support nuclear energy – the only form of zero emissions, baseload power that is being increasingly used by the UK, France, USA, China and India to “decarbonise”. Not only is there a 20MW nuclear reactor a mere 25 kilometres from Martin Place, but if a Greens MP needs chemotherapy, it will be that very reactor which keeps them alive!

Australians are unnerved by the fact that the Greens complain when Defence Minister Peter Dutton acquires new missiles to protect us from our increasingly belligerent and unpredictable threats. Instead, the Greens demand the funds are used to stop climate change because they believe a warming planet is a bigger national security issue.

Australians are waking up to the fact that the Greens want to halve our defence spending!

Millions of people are beginning to smell a rat when it comes to the Chinese-made weather-dependent solar panels and wind turbines that are littering our beautiful country and driving up energy prices for struggling households and our manufacturing industries.

Afterall, for the world to rely on these “renewables” the mining industry will boom!

All over the Third World new lithium, copper, rare earths and cobalt mines (many staffed by child slaves) are being established to insatiate the new demand for batteries and solar panels. These minerals are transported to China on diesel guzzling bulk carrier ships where they are processed in regions plagued with toxic sludge and waste.

From there the panels and turbines are manufactured in factories powered by China’s fleet of coal-fired power plants. When it comes to turbines hundreds of tonnes of coking coal is needed to make the steel required for the monstrosity to remain stable in intense winds.

Even more insane is the Greens’ hatred for Aussie coal even though it is specifically used by industrialising countries to reduce emissions. Our high-quality, energy-dense, low sulphur coal is mixed in with China’s low-quality coal to increase efficiency and reduce emissions.

If the Greens are successful in their campaign to cancel the Australian coal mining industry, they will actually INCREASE global emissions as coal-dependent countries like China and India will be forced to smelt dirtier coal.

As we keep saying here at ADVANCE, you couldn’t make it up if you tried…