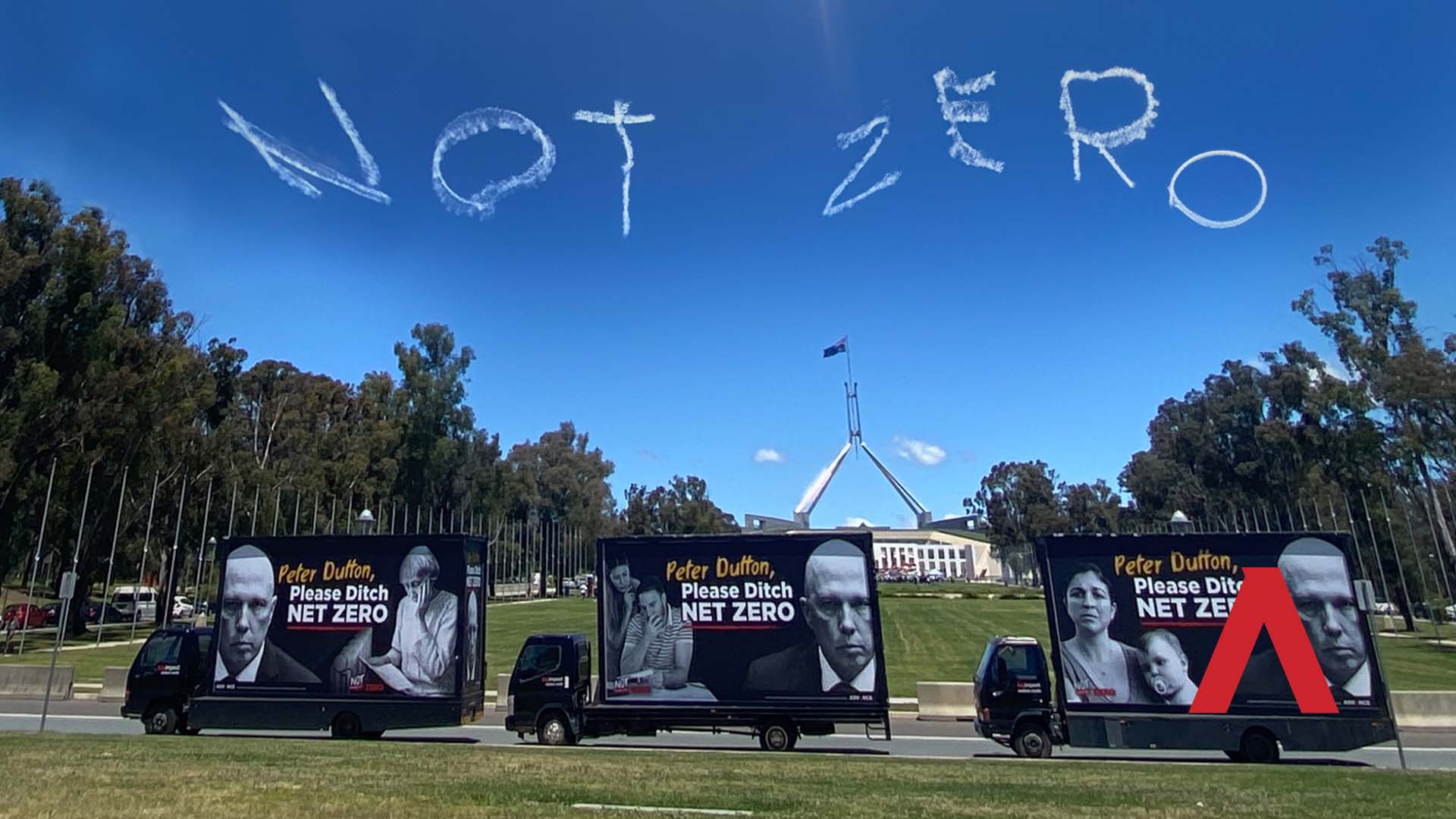 > In 2013, Coalition voters put Tony Abbott into the Lodge because he rejected Rudd’s ridiculous carbon tax

> In 2016, hundreds of thousands of Coalition voters abandoned miserable ghost Malcolm Turnbull after he took the party to the green-left

> In 2022, Coalition voters abandoned Morrison in droves after he committed to ‘Net Zero’ at the United Nations COP26 (FLOP26) climate summit in Glasgow

We KNOW the Coalition is being held back by woke “modern Liberal” climate hysterics like Matt Kean and Andrew Bragg.

We KNOW that the Coalition’s failure to be STRONG on ‘Net Zero’ and wokeism is putting Labor and the Greens into power.

…and we KNOW patriotic Australians have had enough.

This is why the ADVANCE TRUTH TRUCKS are out on the prowl again.

Today we had trucks calling on Peter Dutton to “DITCH NET ZERO” driving around Parliament House. 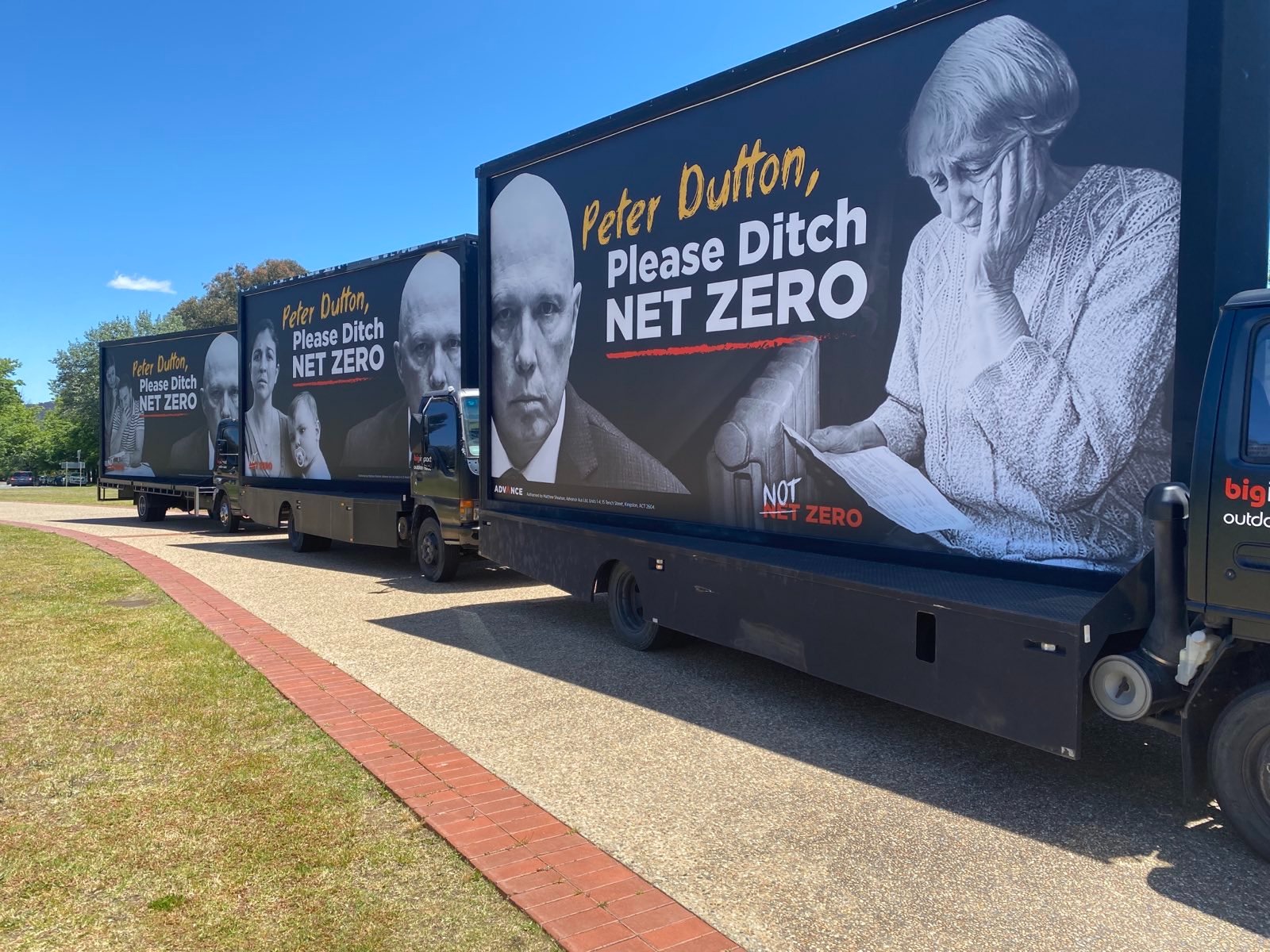 At the same time, we had a skywriter write the words “NOT ZERO” over the skies of Canberra as a symbol of our new campaign and website: notzero.com.au. 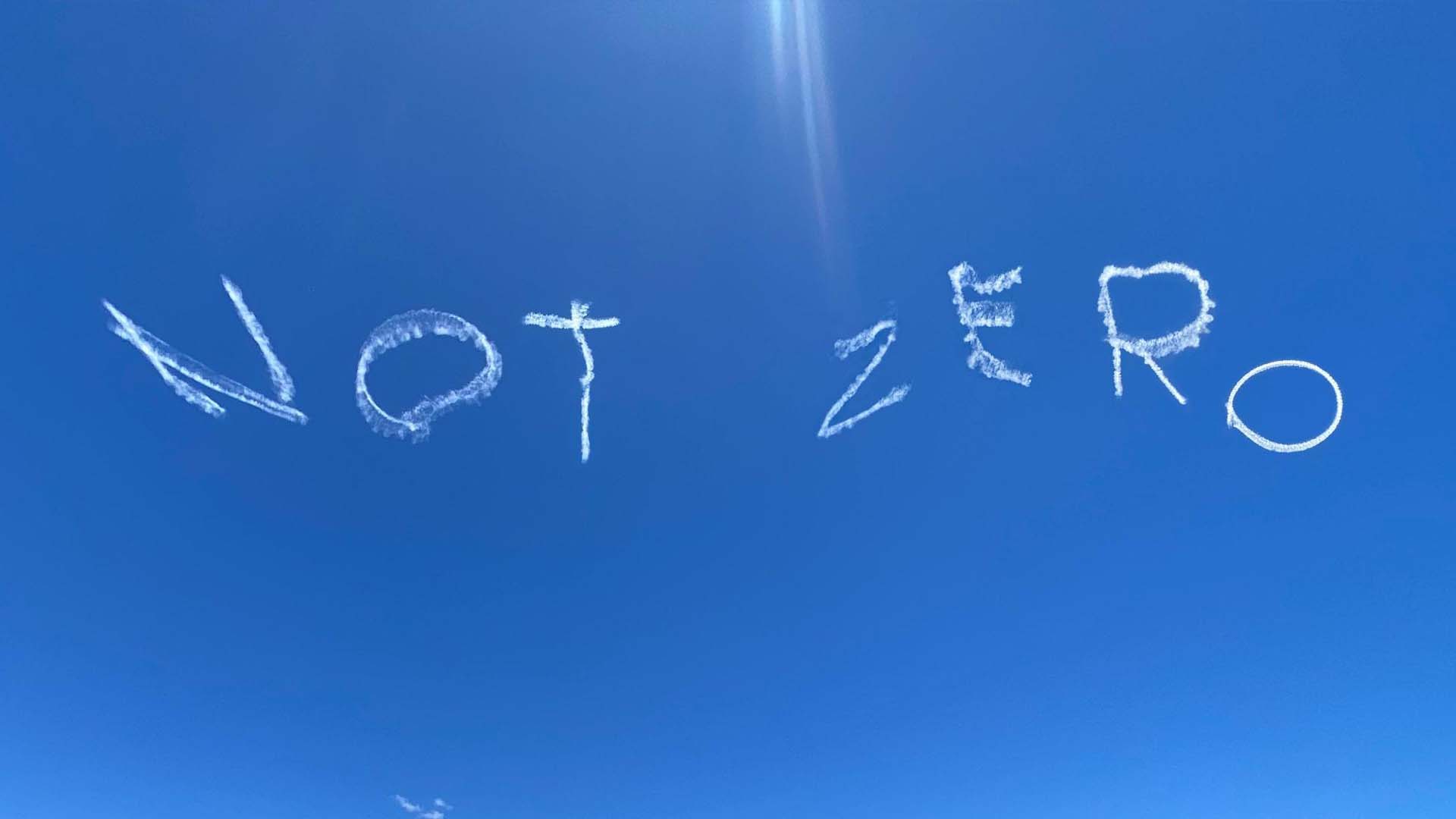 This is how serious we are about getting the Coalition back to the basics.

At this point, it’s a matter of survival for the party of Menzies.

So please, sign the petition to support ADVANCE’s NOT ZERO campaign at notzero.com.au.

The Coalition is running out of time.

The once great party of Australian conservatism and patriotism has been overrun by greenies, globalists and weak pragmatists.

Nobody seems to be doing anything about it apart from ADVANCE.

…that is why we need your help.