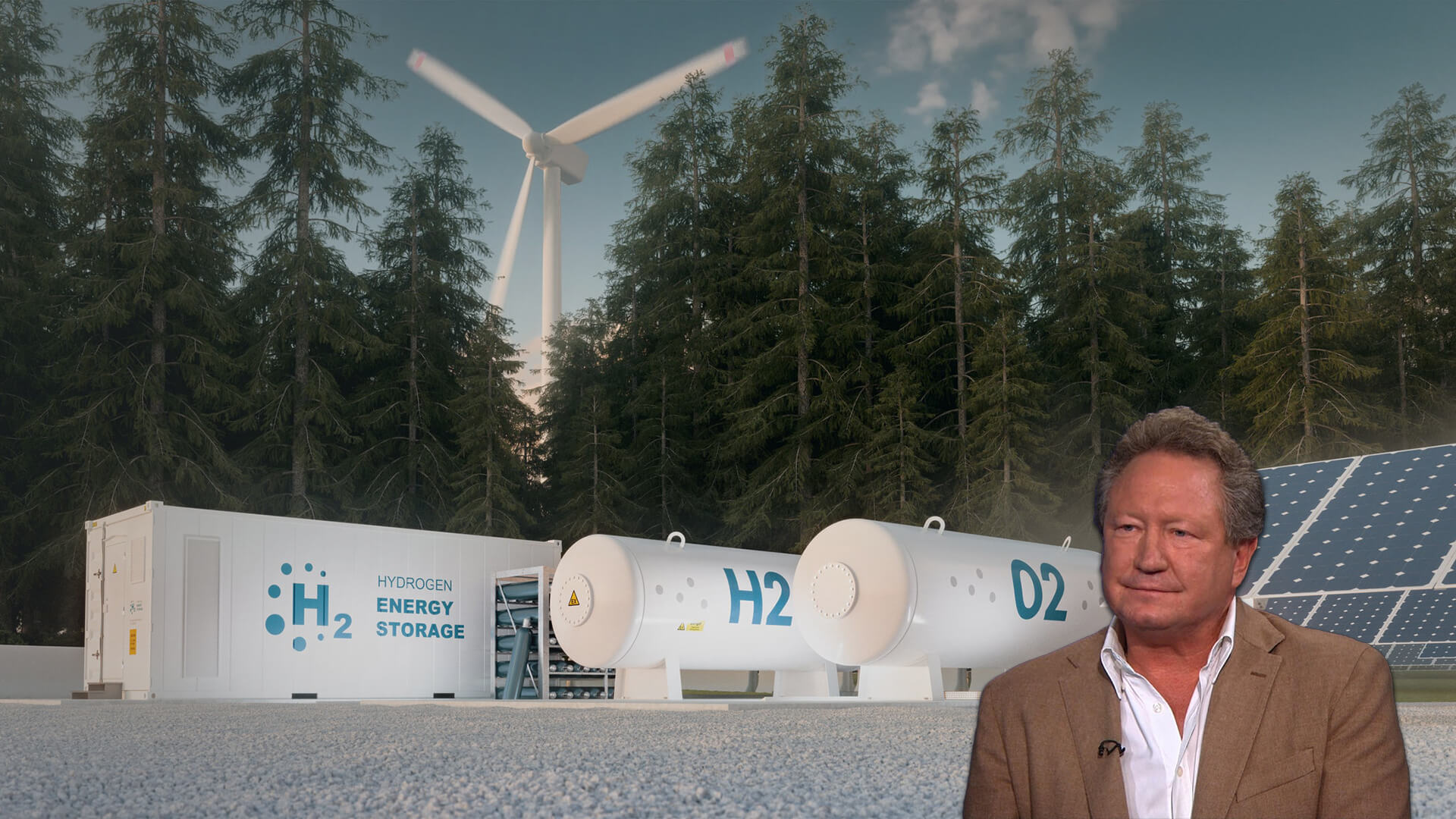 In 2003, Twiggy Forrest’s company Anaconda Nickel was wound up after it sold shares to meet debt repayments following a delay in its mine and cost blow out.

At the time, industry veteran and resources and mining manager at Altitude Private Wealth Peter Rudd explained how the demise of Anaconda came about:

“He is pretty good, Twiggy, at convincing people from overseas to buy part of the dream … as we know with Anaconda, that eventually fell over.”

As reported by The Australian, Twiggy’s Fortescue Metals Group – the low-cost, low-quality iron ore producer that made its billions off the rapid militarisation of the CCP – has spent its time convincing green fund managers to back his pie-in-the-sky green hydrogen pipedreams.

For instance, Fortescue Future Industries just bought its own private jet to ferry chief executive Julie Shuttleworth around the world, with recent stops in Britain, Canada, Argentina, Papua New Guinea and even on the Spanish island of Tenerife.

Fortescue Future Industries has its own “global brand manager” who has run high-profile advertising campaigns around the globe, backing both the adoption of hydrogen as a fuel, and promoting FFI as the best way to get a piece of the action.

In one advertisement Twiggy warned that “the party is over” for the fossil fuel industry. “Green hydrogen is the fuel of the future. I’m already in. You’re not going to let me take it all, are you?” he then asked. And at the FLOP26 Glasgow climate gabfest, Twiggy made sure he was the centre of attention by painting a fleet of London taxis green and ordering hydrogen-fuelled buses.

Twiggy has even recruited high-profile globalist politicians and bureaucrats to help him “convince people from overseas to buy part of the dream”. For example, he invited Malcolm and Lucy Turnbull, former foreign minister and Turnbull loyalist Julie Bishop and former chief scientist Alan Finkel to a secret February summit hosted by a luxury Margaret River resort to discuss “green hydrogen”.

Where will this get Twiggy and his Fortescue Metals Group?

Although nobody can predict the future, judging by his track record it can’t be good; and ADVANCE certainly isn’t the only organisation that holds concerns for Fortescue shareholders.

According to The Australian, Twiggy’s focus on marketing and “convincing people from overseas to buy part of the dream” has “heightened worries among some institutional investors who would prefer Fortescue stick to its metals and minerals businesses, and are concerned the hydrogen dream is a risky diversification for the company and a significant distraction from its money-making iron ore arm.”

For instance, Morgans analyst Adrian Prendergast wrote in a note to clients this week that “questions are emerging over how much focus [Fortescue] is placing on renewables versus its core iron ore business”.

“The next five years in iron ore are likely to be more difficult than the last five years, warranting more focus or even possibly diversification into other mature markets. We … have lost conviction in the overarching strategy and capital framework,” he said.

So why does the share price continue to rise modestly? The short answer is the company is now built on a pile of money from green bankers.

An analysis of information gathered via Bloomberg shows several investment funds and exchange-traded funds with words such as “ethical”, “ESG” (environmental, social, and governance), “global sustainability” and “socially responsible” in their titles having bought in or topped up their Fortescue stakes or started tracking the stock this year.

One UBS fund holds Fortescue via the MSCI World Climate Paris Aligned Index for investors wanting exposure to companies pursuing “opportunities arising from the transition to a lower carbon economy while aligning with the Paris Agreement requirements”.

This is the reason why Fortescue can avoid facing reality when it comes to its pie-in-the-sky green pipe dreams. The bankers who are now backing Forrest are more interested in virtue-signalling and taking advantage of green regulations, net zero targets and taxpayer subsidies to make a quick buck. Forget basic economics. Forget physics. Forget reality itself.

Let’s watch Twiggy try to build just 13 of the 100+ projects his company has identified for $195 billion – 3.5 times higher than Fortescue’s market capitalisation.

Let’s watch him attempt to build a 250,000 tonne a year hydrogen production that would need about 5GW of new renewable energy generation capacity – or more than the entire capacity of WA’s South West Integrated System, which serves the Perth metropolitan region, including FFI’s headquarters.

And let’s hope it’s not a repeat of Anaconda Nickel when the chickens come home to roost...