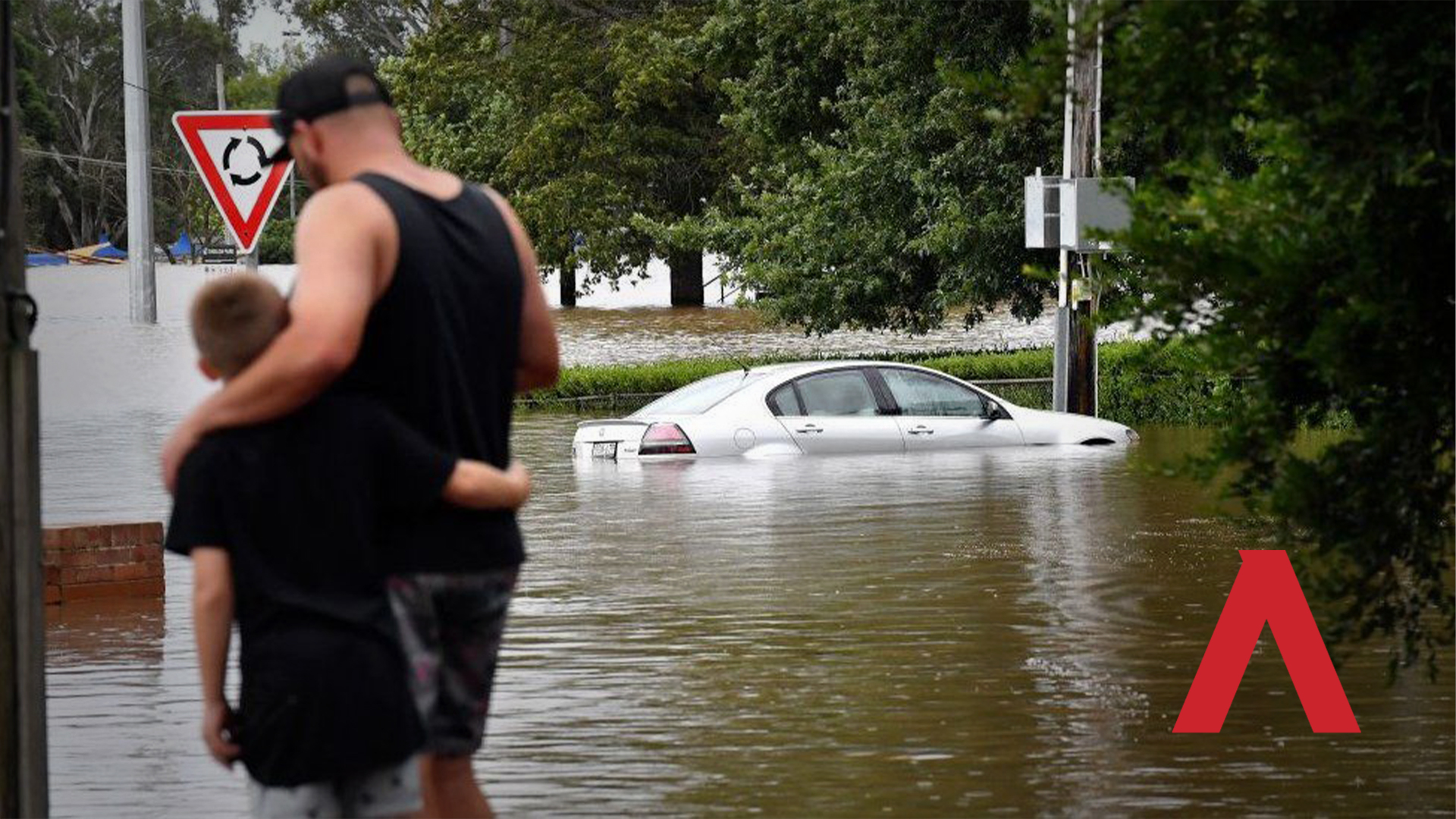 When you play politics your entire life, it must be hard to find the time to open up a history book or listen to experts who aren’t on the government grant gravy train.

In a press conference this morning, Albo said his government is finding a “long-term solution” to increased flooding by changing Australia’s position on climate change”.

“Australia has always been subject of floods, of bushfires, but we know that the science told us that if we continued to not take action globally on climate change then these extreme weather events would be more often and more intense. And what we’re seeing, unfortunately, is that play out,” he said.

“The people of the Hawkesbury-Richmond area have now had four flooding events in the last 18 months. Prior to that they were impacted by bushfires.

Who on Earth is advising you Albo?!! These floods are NOT unprecedented and they are NOT caused by human-induced climate change.

Switching from coal-fired power to wind turbines and solar panels made in coal-powered Chinese factories will NOT stop floods occurring in the future!

Just ask the amazing volunteers at the SES – the very people who clean up the damage after floods, bushfires and other natural disasters.

In an SES publication titled “Living in the Richmond/Windsor Floodplain” from March this year, the SES says, “floods are random, naturally occurring events… history has shown that serious floods can happen many times in a single decade, and not again for many years.”

“The Hawkesbury-Nepean Valley has a long history of dangerous and deep flooding.”

The SES even admits “there have been much larger floods in the valley” than anything seen in recent history, and cites the 1867 flood, where river levels reached 19.1 metres - about the same as a six storey building - above normal river height at Windsor.

For perspective, the flood peak on the Hawkesbury-Nepean River yesterday was 13.93 metres - not quite five storeys high.

The SES mentions the November 1961 flood where flood levels peaked at 14.95 metres. Note: this was AFTER the Warragamba Dam was completed in 1960.

…and the Hawkesbury City Council agrees with the SES’s findings.

In a document showing peak river heights at Windsor between 1799-1992, one can see several times over the last 70 years when the region has had worse floods than anything seen recently.

And as previously mentioned, the post-Warragamba Dam record was in November 1961 when the river peaked at 14.95 metres.

Anthony Albanese is too historically illiterate to understand that flooding is a fixed occurrence for vast swathes of this great land.