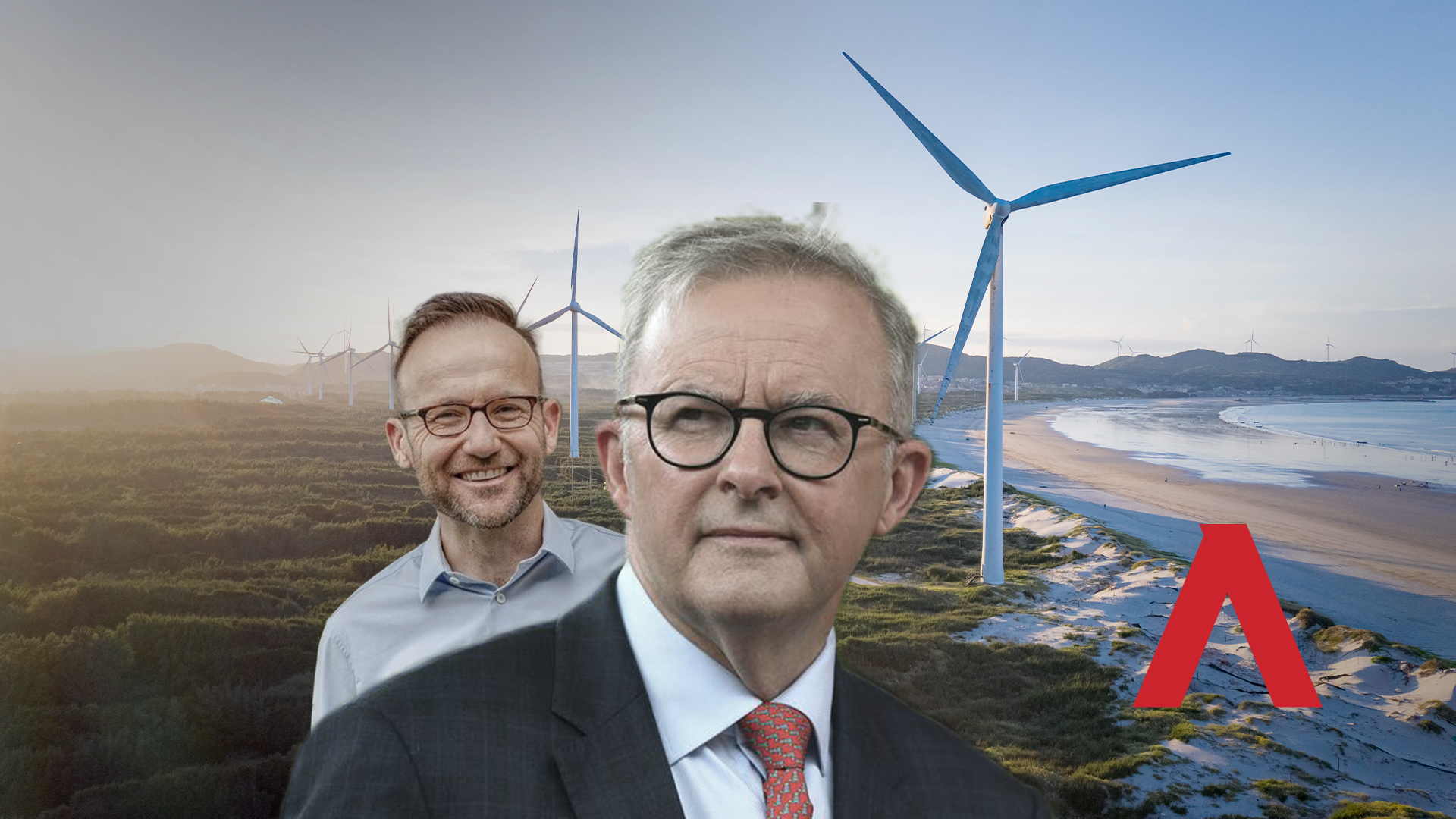 While some Aussie families warm their homes with charcoal burners to save on their power bills, PM Anthony Albanese is courting a deal with the Greens to legislate net zero emissions and drive fossil fuels out of our grid.

As reported on Tuesday, the Albanese government is rewriting its climate bill to win over the Greens, including a change that would make its target of 43 per cent emissions reduction by 2030 a minimum that can be upgraded over time.

Although Albanese hasn’t yet caved on Adam Bandt’s demand for a ban on the opening up of new coal and gas mines and a target to cut emissions by 75 per cent by 2030, desperation is setting in the Labor camp.

Labor needs the support of the Greens and one crossbench senator to push through its climate change bill this week…and the Greens know that if they play tough, they can get what they want as demonstrated by the signing of the Labor/Greens alliance by Julia Gillard and Bob Brown back in 2010.

Meanwhile the teal “independents” are pushing for a ministerial regulation setting higher targets to avoid future stoushes in parliament, and Albanese is telling his MPs that “climate change is a national security issue” and Australia must take it seriously to protect trade and economic relationships with key partners.

The consequences are already being felt by families across the nation.

In the year to March, wholesale energy prices rose by 141 per cent, and retail prices have become so unaffordable that families are resorting to heating their homes with charcoal burners that are exposing them to potentially fatal amounts of carbon monoxide.

Last week, emergency services attended a home in Adelaide's Bedford Park after four people woke up feeling faint and suffering from nosebleeds and carbon monoxide poisoning. They had been attempting to warm their home overnight using a cooker.

The same thing happened a few days before when a family of six from Sydney's west were hospitalised after using a burner to warm their granny flat.

The father of the family said he used a charcoal cooker to heat his family because “it’s very expensive, the gas and everything”.

“A lot of people's heaters do not work, and they don't have enough money to pay,” he said.

The worst part? The sacrifices made by the families and businesses of Australia won’t change the state of the climate whatsoever.

Even if the theory of human-induced climate change is true, the rest of the world is building more coal-fired power plants than ever.

India and Indonesia combined have 95 coal-fired power plants under construction or in the pre-construction planning phase, and currently operate 369 plants.

Meanwhile the Vietnamese, Bangladeshis, Pakistanis, Turks and Russians have 68 coal-fired power plants under construction or in the pre-construction planning phase…

Yet Labor reckons we can’t even upgrade our ageing fleet of 19 coal-fired power stations.