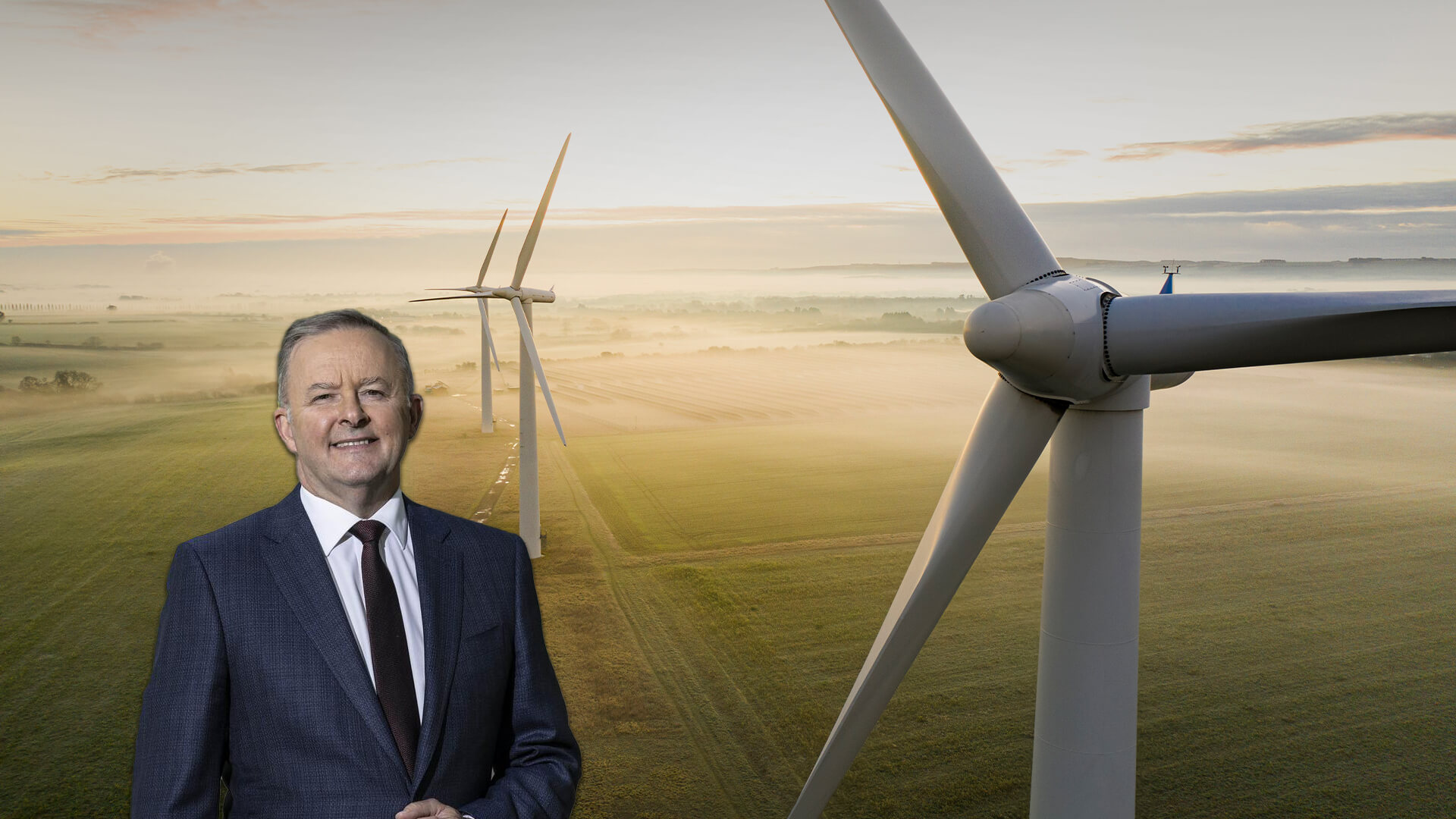 On Sunday, Labor leader Anthony Albanese gave a speech outlining his “Plan for a Better Future” in anticipation of the upcoming federal election next year.

Speaking to a sizeable Sydney audience – who were all muzzled with a mask – each-way Albo revealed why the party he leads is utterly unelectable.

Note: ADVANCE’s responses to Albanese’s claims are in red.

Beginning with a claim “you can deliver” a “better future” at the 2022 election, Albo derided Scott Morrison for “choosing to divide…play politics…and pit people against each other”.

Mate, if you’re so against dividing people, playing politics, and pitting people against each other, why not have a frank chat with Annastacia Palaszczuk, Dictator Dan Andrews and Mark MaoGowan for doing exactly what you charge the PM with?

These premiers – the most powerful Labor leaders in the country – have divided families with unconstitutional border closures, encouraged dobbing on those who don’t wear masks, derided protestors as “right-wing extremists” and barred the unvaccinated from living their lives.

They have refused to let pregnant mothers in dire need of surgery cross state borders, condemning their unborn child to death.

They have condemned the PM for not doing enough to fight the virus even though health policy is a state matter and the failure of states to build enough hospitals over decades is why so many are concerned about the system becoming overloaded.

Why on Earth should we trust the federal Labor party for not “choosing to divide…play politics…and pit people against each other”?

How stupid do you think the Australian people are?

Next Albo turned to his vision for Australia to somehow be both a “renewable energy superpower” and “manufacturing powerhouse” that will “create over 600,000 jobs”, “boost renewables to 82 per cent of the grid by 2030” and reduce energy bills by “$275 by 2025”

Who buys this stuff? This is absolute conjecture.

Since 2009, when intermittent Chinese-made solar panels and wind turbines began destabilising our grid, energy prices have increased by well over 100 per cent, and the implications for Australian industry have been profound.

For the first time in history, our manufacturing output has declined in real terms. We have lost 200,000 manufacturing jobs, which were overwhelming full-time and highly paid. We produce less steel than the Dutch and Egyptians even though we produce 70 per cent of the world’s seaborne iron ore and coking coal. Fuel prices are skyrocketing because we sell our crude oil to Korea and Japan for refining, only to reimport the final product at a gross premium. And we send the world’s highest quality thermal coal to Asia’s manufacturers while our industries are forced to deal with unstable, expensive renewable energy.

If renewables are so cheap Albo, then why are the Chinese and Indians – now the most industrialised nations on Earth – building 150 coal fired power plants? Why are they backing nuclear energy? Why are they producing solar panels and wind turbines and flogging them off to the gullible West? Are they stupid, Albo? Have you sent them your “modelling” that shows renewables are cheaper than coal and gas? Or are you just doing what Labor has done so well for so long: over-promise, under-deliver and get voted out after one term?

Finally, Albo revealed his true colours when it comes to our most basic civil liberties by condemning Scott Morrison for “cutting deals with One Nation and cuddling up to anti-vaxxers”.

In other words, the one million people who took to the streets last weekend to protest Daniel Andrews’ tyrannical pandemic bill – many of whom were vaccinated – are all “manbaby Nazis”, as former Labor leader Bill Shorten said earlier this year.

Nevermind the people who are sick of having their lives controlled by unelected health bureaucrats and career politicians!

Who cares about those who believe mask mandates, vaccinate passports and border closures are an affront to the natural and constitutional rights they were born with?

To hell with those Australians who want the right to live their lives as they deem fit.

To Anthony Albanese, if you have an issue with how the premiers have handled themselves over the past two years, you should be sidelined from the Labor party and mainstream political debate.

As ADVANCE has been saying for years now, if you vote Labor, you get the Greens.

Even worse, you get more lockdowns, more mandates, higher energy prices, more deindustrialisation and further reliance on the cynical Chinese Communist Party that wants to dominate our region and the world by force, compromising our elites and illegal trade sanctions.