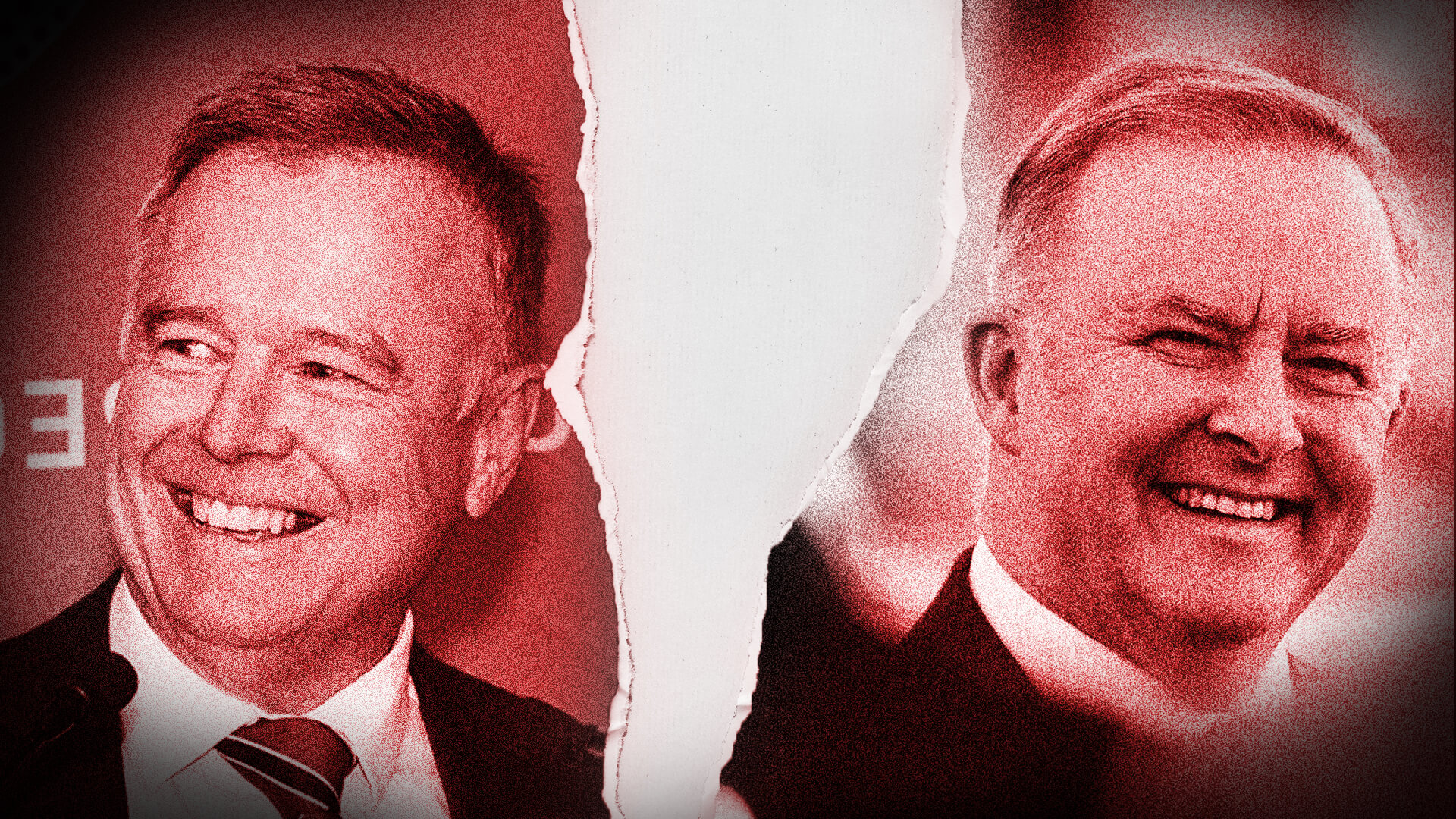 The Labor leader has likened people who support the continued use of fossil fuel for electricity generation to racists who supported the White Australia Policy.

As his party was this week tearing itself apart over climate and energy policy, Albanese doubled down on his support for “strong action on climate change” drawing the bizarre comparison with racial politics.

“There were once people in the Labor Party who supported the White Australia policy, it was one of our founding planks. We changed,” Albanese said.

Imagine if someone from the centre right of politics used the White Australia policy to make a point about their political opponents?

If Albo is allowed to get away with this slur, massive apologies are owed to Johannes Leak but no one is holding their breath.

How low can Labor go?

Albo’s playing of the race card on climate must be fodder for a Leak cartoon, surely.

When respected environmentalists like Michael Shallenberger and Bjorn Lomborg say politicians’ response to climate change is a “false alarm” and an economically suicidal overreaction, are they also the moral equivalent of White Australia racists?

Why is the mainstream media not calling Albo out on this despicable slur designed to shut down legitimate debate on our economic future?

Demonising opponents as the moral equivalent of racists is not debate, it is cancel culture.

Meanwhile Labor’s Joel Fitzgibbon has tried valiantly this week to drag Labor back to the mainstream on climate and energy policy, warning the party was in danger of splitting.

Heck, even Bill Shorten said the fossil fuel gas must be part of the mix to the horror of Labor’s dominant Left flank.

But in signs there is no hope of coal jobs and affordable energy policy under the once great workers’ party, Labor’s energy spokesperson Mark Butler was out of the blocks today slapping Fitzgibbon down.

“We want to be pushed, continue to be encouraged and prodded, to be more ambitious and more courageous,” Butler told a climate “virtual town hall meeting” this week.

“I think you can hear from Mark’s comments there that he is all for drastic action, absolutely, to fight climate change,” Kearney gushed.

Memo to Ged: most mainstream Australians think the doubling of their electricity bills over the last few years has been drastic enough.

They are not racists for thinking that.