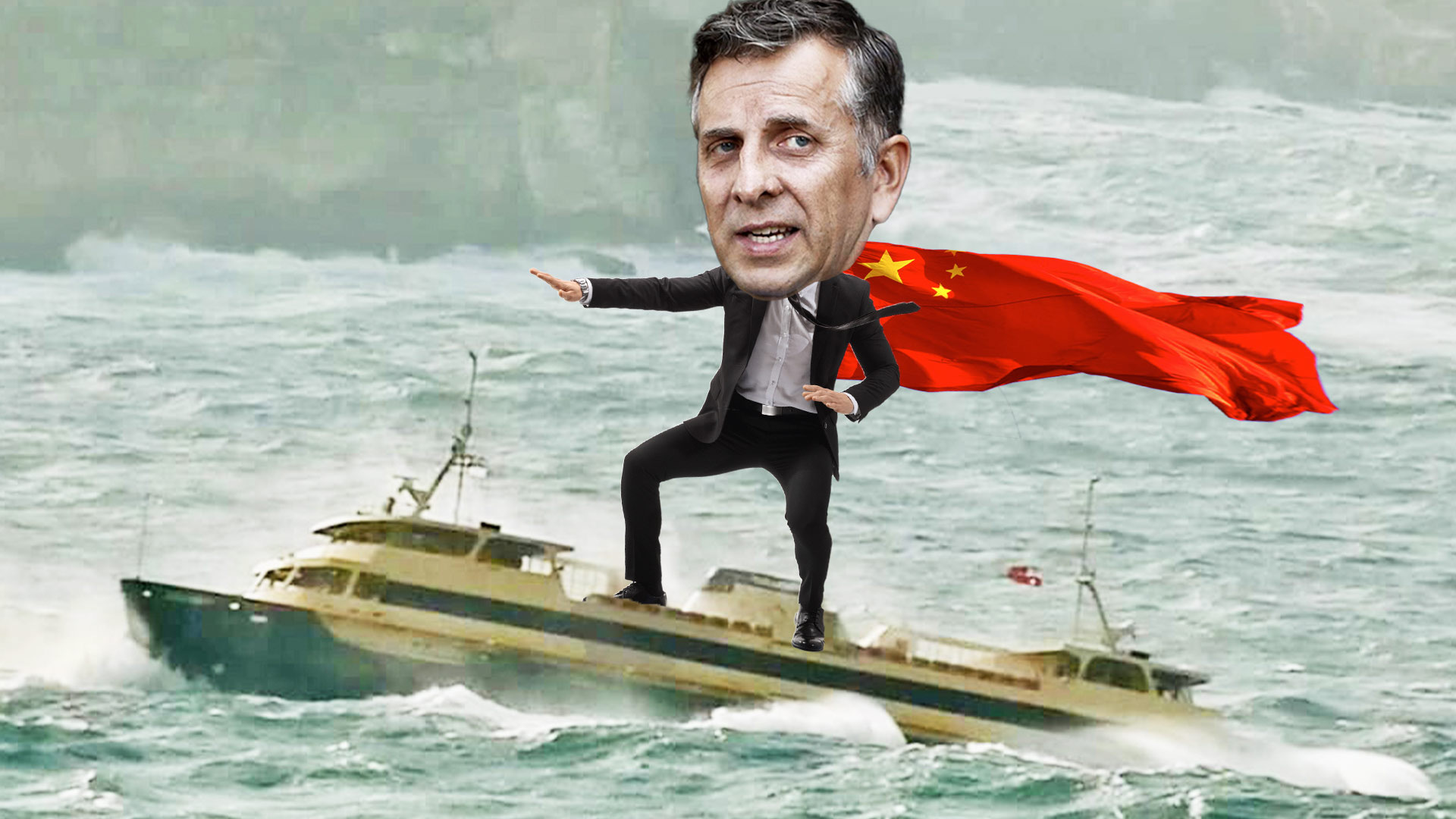 As Transport Minister, Constance wasted billions of taxpayer dollars on transport projects that were delayed, over-budget and totally unnecessary, which wouldn’t have been needed if it wasn’t for his government’s obsession with the world’s highest per capita mass immigration program.

He consistently backed foreign companies to manufacture the state’s new ferries, trains, trams and rolling stock due to manufacturing being too expensive in New South Wales, which is thanks to his government’s decision to cancel coal-fired power.

Even worse, Constance asked green energy lobbyist and Liberal party powerbroker Michael Photios for permission to move into federal parliament, a demonstration of his patronage to the shadowy machine that pulls the strings of the increasingly woke, green NSW Liberal party from behind the scenes.

And that’s just the beginning.

As Transport Minister, Andrew Constance made the deeply unpopular decision to replace the iconic Freshwater ferries that sailed between Circular Quay and Manly Cove for decades with Chinese-made Emerald-class ferries.

How are the Chinese ferries faring?

Well in August, a safety review identified an issue with leakage in the seals near the boats’ rudders.

Marty McEvilly, an official from the Australian Maritime Officers Union (AMOU), confirmed that the new ferries were pulled from the Manly route in swells of less than 2.5m on Sunday because “it was like landing on concrete when it was coming down on top of the swell”.

On the same day, rudder issues arose and a window in the passenger cabin smashed.

Unfortunately for Constance however, passengers are not allowed on the top deck when passing under the Camellia Railway Bridge and the Gasworks Bridge near Parramatta because they may get decapitated.

According to a spokesman for NSW Transport, “while customers are able to enjoy the upper deck during their commute, they will need to move to the lower deck when passing the bridge”.

As if it couldn’t get any worse, solid asbestos was uncovered in gaskets on three of the four new vessels when they arrived in Australia.

Decapitation and lung cancer for the commuters of New South Wales!

In around 2014, when Constance was Treasurer, the New South Wales government commissioned the CBD and South East Light rail project to replace a perfectly functioning bus route.

Around $600,000 a metre to be exact, or a total cost blowout of over $1.1 billion dollars. $576 million of the cost went towards a legal settlement after the government allegedly gave “misrepresentations” to subcontractors and private partners about utilities affecting the under-construction rail line.

As if it couldn’t get any worse for poor old Constance’s track record, two weeks ago it was announced that a huge section of the light rail network will be out of action for up to 18 months due to a “significant” design issue.

According to newly minted Transport Minister Rob Stokes, 12 trams that service the city’s Inner West were found to have serious cracks, and as a result, were being decommissioned. “The cracking that was identified last week was more significant than first thought,” he said.

A few years back, the New South Wales government revealed it would buy new trains built in South Korea for $2.3 billion.

Unfortunately for the government and taxpayers, the bureaucrats at the NSW Department of Transport didn’t realise that the new trains would be too wide to make trips as far as Lithgow and Katoomba.

As a result, even more money has had to be spent on widening several platforms.

To think Constance now wants to run for federal parliament.

At least we have Defence Minister Peter Dutton there to ensure he doesn’t get his hands on our defence and weapons procurement programs...