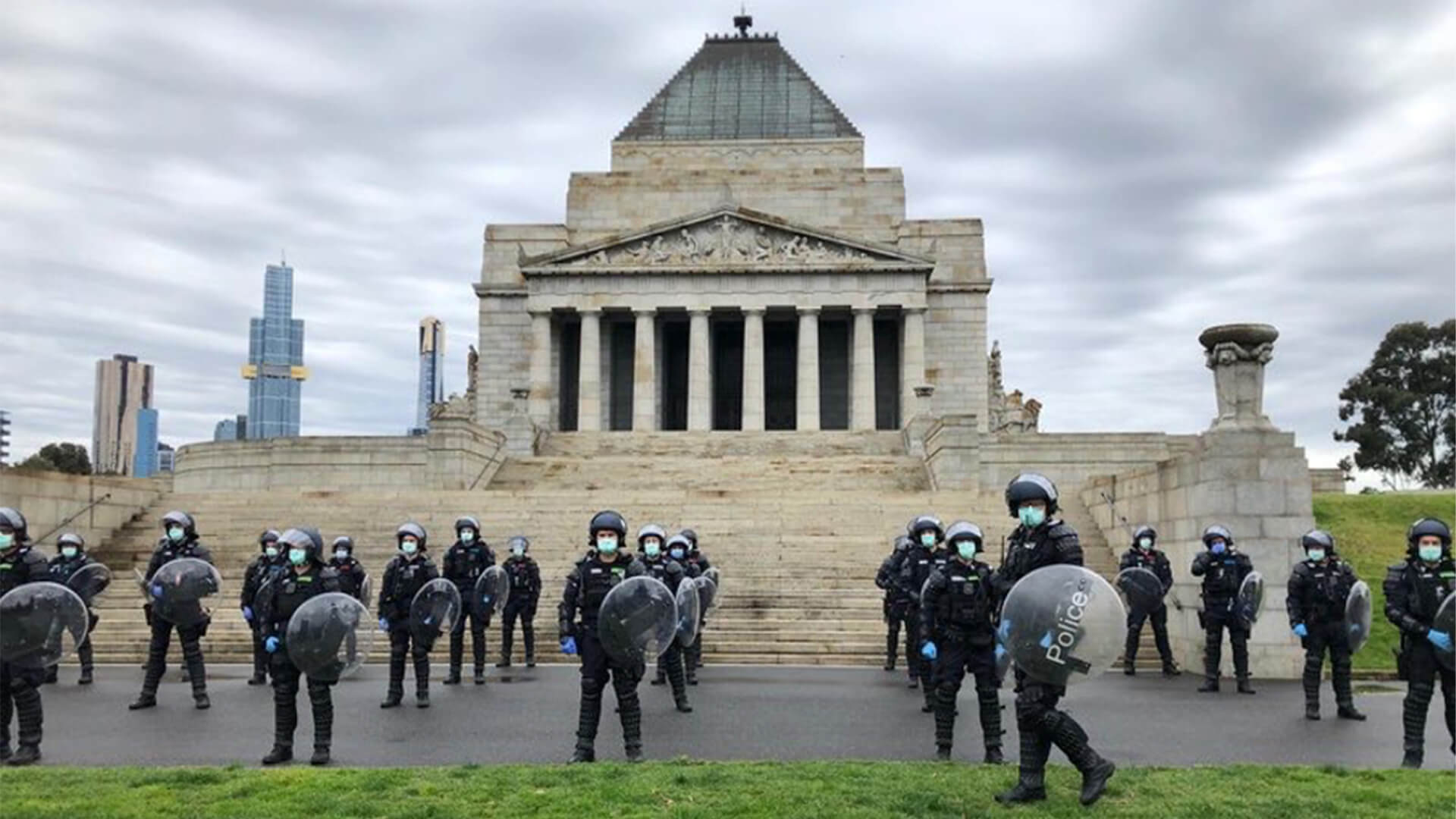 Australia is a free country.

Inherent in our freedom is the right to protest.  This freedom encompasses many other freedoms our hard-won democracy affords us: of speech, of expression, of the press, of belief and of conscience.

These are the bastions of any free, democratic society.

No one who knows history takes our freedom lightly.  We know the blood that was spilled, the price that was paid for it, and we erect and reverently visit places of remembrance so that “At the going down of the sun and in the morning, We will remember them."

Unless you’re in Victoriastan.

Twice last month, VIC police have used Melbourne’s Shrine of Remembrance to stage their interceptions of those heinous criminals who aren’t wearing a mask, oppose martial law, and/or protest being under house arrest for months on end.

To be clear, this shrine is the most sacred ground in the city of Melbourne; built-in 1927 to pay homage to all those who sacrificed their lives fighting to protect our freedoms and democracy.

It’s a tribute to our heroes to whom we owe our freedom, as well as to our allies who fought alongside us for the same reasons we did.

And there was VIC police, acting under order of the premier, standing on hallowed ground armed to the back teeth to trample the very freedoms our fallen died to protect. 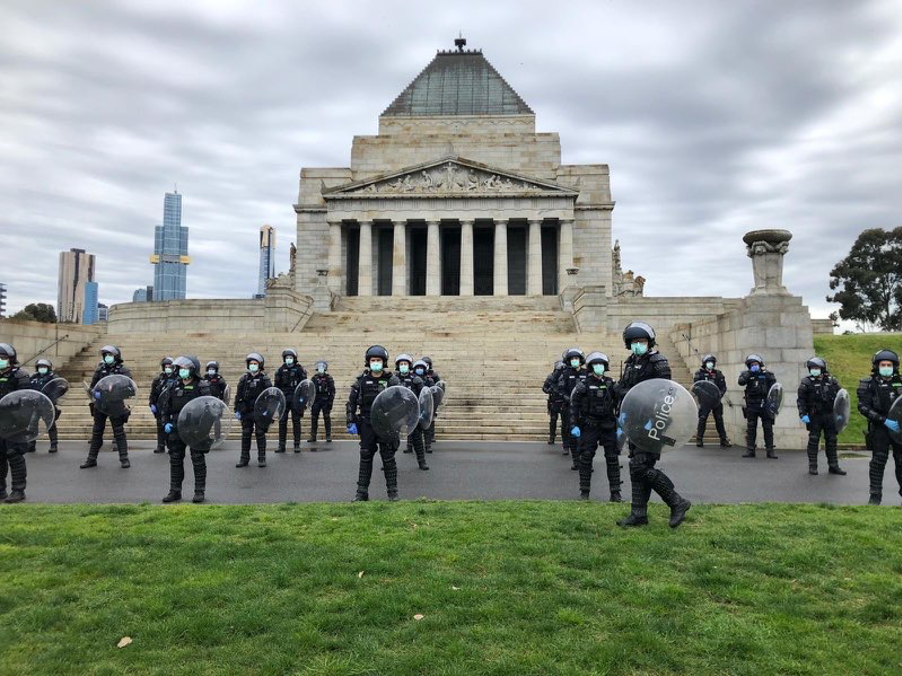 What could possibly be more disrespectful of those who valiantly gave their lives?

For all those who wear a uniform or have worn a uniform to defend our country, it’s a sad day for democracy and a shameful day for the Victorian police force.

Premier Dan Andrews’ is fast solidifying his reputation as the most dangerous man and politician in Australia, still crushing the civil liberties of millions of Victorians for what’s now just a handful of cases a day.

Let’s not forget the virus is harmless over 99 per cent of the time.

Let’s not forget the vast majority of deaths are in aged care.

In the words of Former Victorian Liberal Party president Michael Kroger, Victoria is “seeing what fascism looks like”.

There is no greater or more important freedom than that which the Shrine of Remembrance stands for.

They who do not respect those who died for our freedoms, respect nothing.  Those who trample democracy – on hallowed ground no less – tell us all we need to know about them.

The truth is that Andrews’ regime is 771 times (the number of deaths he’s responsible for so far) more dangerous than Wuhan virus could ever be.