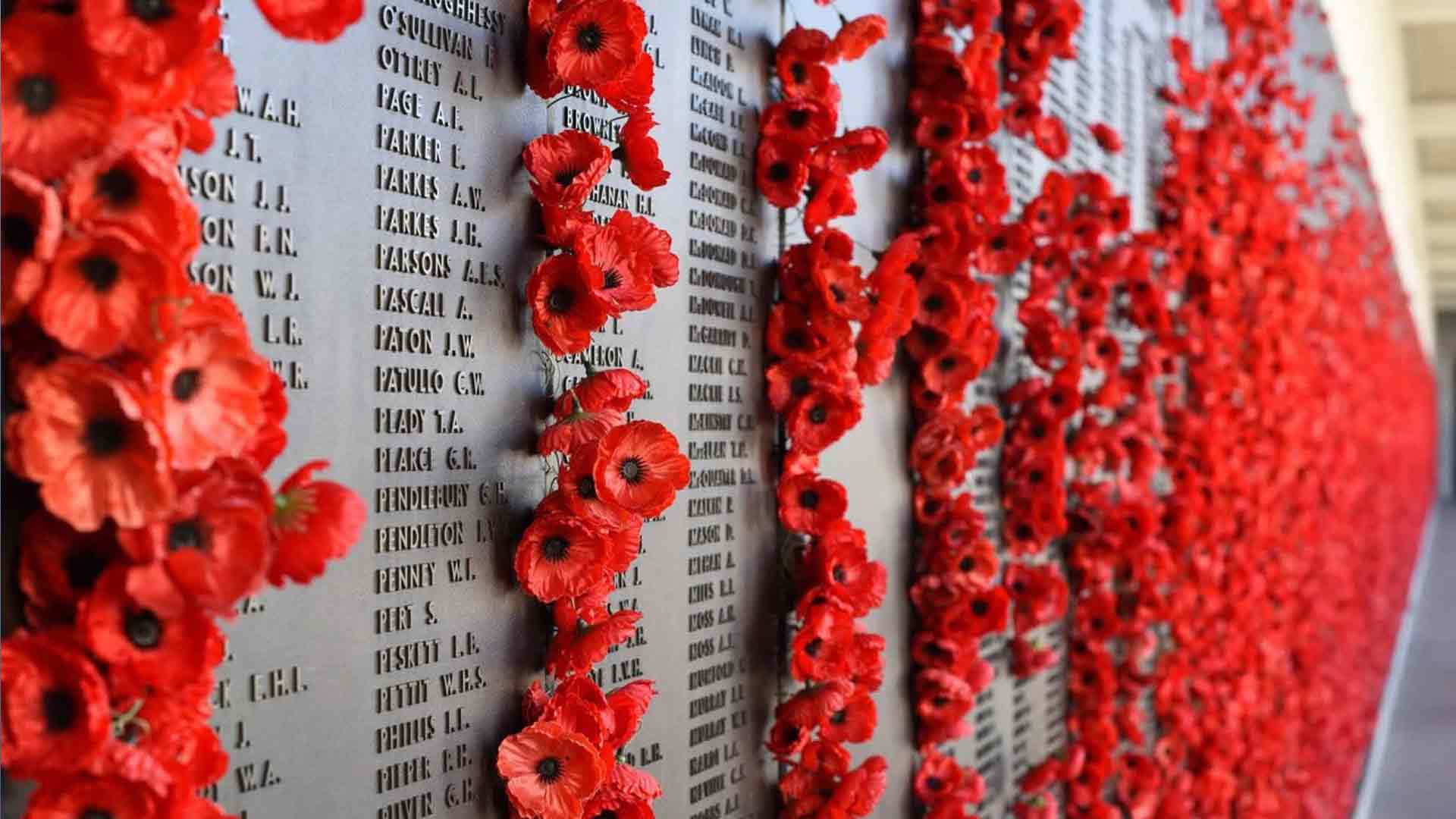 Today marks a day when we pay homage to our fallen heroes.

These were men of courage. Men of pride. Men of honour and strength. Most of all they were men driven by love. Love of country, love of truth and love of family.

Many of them were just teenagers when they were called upon in 1914.

Tens of thousands of miles away in the trenches of western Europe, war raged after Kaiser Wilhelm invaded Belgium. Trenches formed along the Chemin des Dames. Winston Churchill needed men to protect the Dardanelles Strait to stop the Turks taking what was such a strategic military and naval location. And of course, our men answered the call.

From Bourke to Broome, Isa to Alice, Townsville to Rocky, Wagga to Gundagai and Roma to Narrabri; our men made their way down roads, tracks and trails to bustling Circular Quay where a boat sat waiting for them.

They bid their family farewell, boarded the boats with no clue what was waiting on the other side, and headed north.

Upon arrival on the 25th of April there was shock.

As the boats pulled into the Dardanelles, the 16,000 ANZAC soldiers saw the cliffs. They saw the tiny beach that formed around the cove. They saw the heads of the Turkish soldiers peering over their posts up the cliff – soldiers who were ordered by Mustapha Kemal “to die”, not “to fight” because “other troops and commanders can take your place”.

Storm the beach the ANZACs were told! Race up the cliffs. Capture the Turkish posts up top and clear the area of the enemy.

The task seemed impossible…it seemed suicidal. They knew the Turks had machine guns pointed down at the beach. Some scorned the British: “we’re their bloody cannon fodder”. Others stood and stared in silence. However, everyone knew there was no choice. They had to fight. And so, they did.

Off the boats they clamoured. Onto the beaches they landed. Machine gun fire began. Shells fell like raindrops. Men fell like dominoes. By the first evening, 2000 men had been killed or wounded. Mates said goodbye to mates. In the trenches where the living slept, the fallen were buried. And the very next day it started all again.

The fighting went on for eight months. The ANZACS advanced no further than the positions they’d taken on that first day. Finally, after visiting the site, Lord Kitchener ordered an evacuation that finally came to fruition on the 20th of January 1916 with very few casualties.

After being evacuated many men went to north Africa and Palestine. Others headed north to the western front. Some ended up back on boats bound for Circular Quay. Albeit limbless and scarred…inside and out.

But their legacy continued.

Every April, the men – accompanied by their sons, daughters, fathers, mothers and most importantly their mates – came together on ANZAC day.

They mourned the fallen.

They said their prayers.

They sang God Save the Queen.

And then they headed for the pub where they celebrated.

They celebrated their mateship.

They rejoiced for their freedom.

And they carried on the tradition until the days they died, and it is our responsibility to ensure it doesn’t die with them.

To ADVANCE and our 180,000+ supporters: enjoy ANZAC day. Spend some time with the family.

But remember the grave sacrifices that were made to ensure we have freedom and prosperity in this great land. With so many threats overshadowing us at the moment, remember the importance of mateship, patriotism and national unity. And remember that there are those who want to divide Australians against each other and disparage our proud history so we’re weak and vulnerable.

In honour of the fallen, we can’t let them win.

John Williamson put it best in his rendition of “The Band Played Waltzing Matilda”. The lyrics are below.

“When I was a young man, I carried a pack,

I lived the free life of a rover,

From the Murray's green basin to the dusty outback,

I waltzed my Matilda all over.

There’s no time for roving, there's work to be done’,

And they sent me away to the war.

As our ship pulled away from the quay,

And amidst all the cheers, the flag-waving and tears,

We set off for Gallipoli.

How well I remember that terrible day,

When our blood stained the sand and the water,

And how in that hell that they called Suvla Bay,

He showered us with bullets and he rained us with shells,

And in five minutes flat, well he blew us to hell,

He nearly blew us right back to Australia.

… But the band played Waltzing Matilda,

As we stopped to bury our slain,

We buried ours, and the Turks buried theirs,

Then we started all over again.

So those who were left, just tried to survive,

In a mad world of blood, death and fire,

And for ten weary weeks, I kept myself alive,

As the corpses piled higher.

Then a big Turkish shell knocked me arse over head,

And when I woke up in the hospital bed,

I saw what it had done, and I wished I was dead,

Then I knew there were worse things than dying.

All through the green bush far and free,

Cause to hunt and tent peg, a man needs both legs,

No more Waltzing Matilda for me.

They collected the crippled, the wounded, the maimed,

Shipped us all back to Australia,

The legless, the armless, the blind and insane,

The brave wounded heroes of Suvla.

And as our ship pulled into Circular Quay,

I looked at the place where my legs used to be,

And I thanked Christ there was nobody waiting for me,

To mourn, and to grieve, and to pity.

As they carried us down the gangway,

But nobody cheered, they just stood and stared,

Then they turned all their faces away.

And now every April, I sit on the porch,

As I watch the parades pass before me,

I see my old comrades, how proudly they march,

Reviving old dreams of past glories.

But the old men march slowly, bones stiff and sore,

And the young people ask, ‘what are they marching for?’,

And I ask myself the same question.

… And the band plays Waltzing Matilda,

As the old men still answer the call,

Soon none of them will march there at all.

Who'll come a-waltzing Matilda with me?

And their ghosts may be heard,

As they march by that billabong,

Who'll come a-waltzing Matilda with me?”