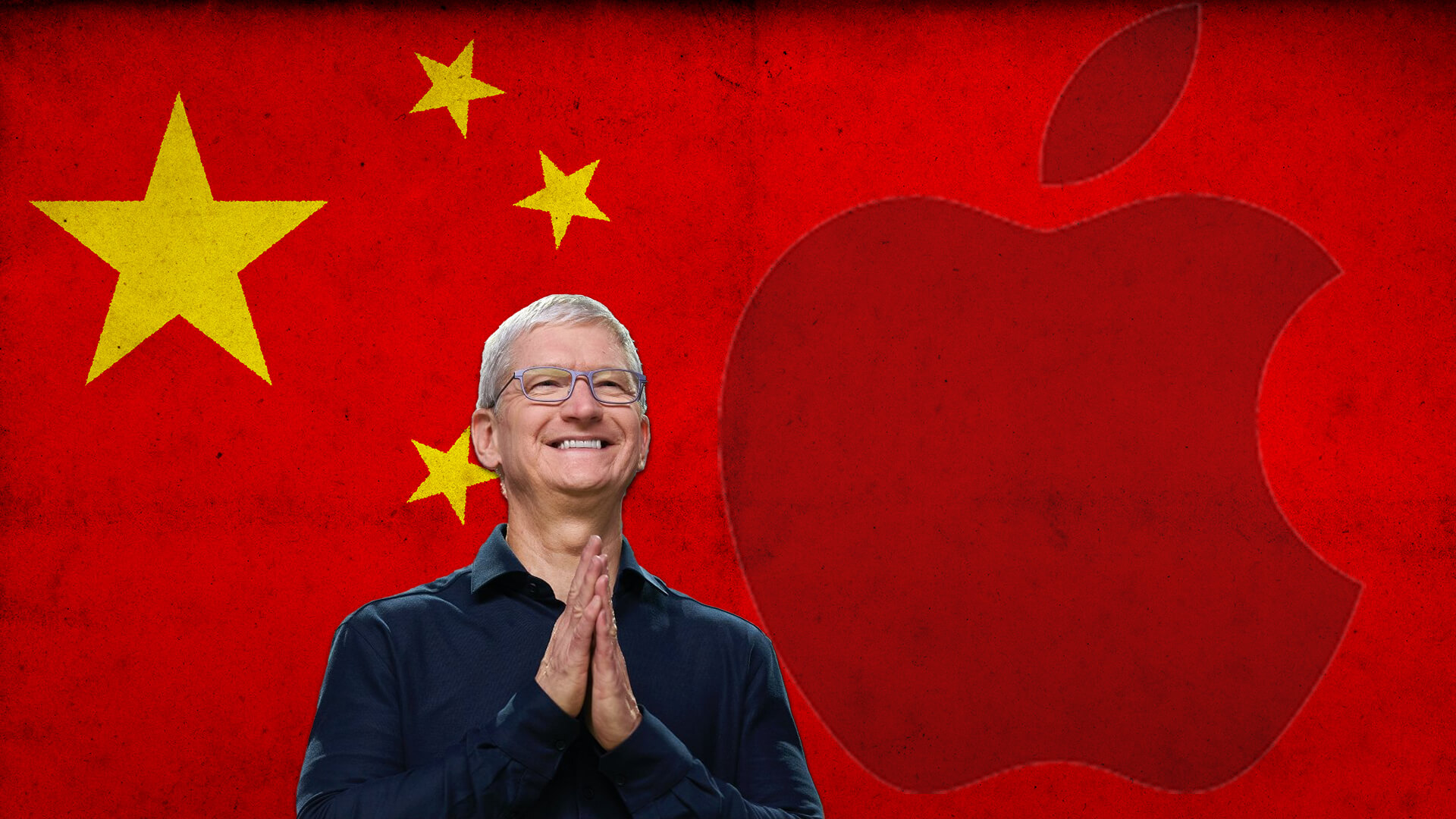 In an extensive report based on interviews and purported internal Apple documents, The Information has revealed that Apple CEO and LGBTQ+/Black Lives Matter activist Tim Cook personally forged a five-year agreement with the Chinese government during a series of in-person visits to the country in 2016.

The agreement included pledges from Apple to:

Other internal documents reportedly showed that Apple’s pledge amounted to more than $275 billion in spending over a period of five years, and to date Apple has mostly honoured it’s part of the agreement.

For instance, Apple abided by its promise to adhere to Chinese government regulations and policies by complying with requests to delist apps and content that run counter to the state’s priorities and goals.

Sometime in 2014 or early 2015, China’s State Bureau of Surveying and Mapping told members of the Apple Maps team to make the Diaoyu Islands, the objects of a long-running territorial dispute between China and Japan, appear large even when users zoomed out from them.

Chinese regulators also threatened to withhold approval of the first Apple Watch, scheduled for release in 2015, if Apple didn’t comply with the unusual request, according to internal documents. Eventually Apple complied.

As a result, Apple has performed better in China than most comparable American tech companies thanks to Cook’s sycophantic lobbying, deal making, and relationship building.

Even more important for the company was how it avoided any blowback from President Trump’s decision to impose trade sanctions on Chinese smartphone company Huawei that effectively drove it out of the high-end smartphone business.

As any proponent of economic and diplomatic realism understands, the way trade wars typically work is tit-for-tat. After the tit of the U.S. imposing harsh sanctions on Huawei — the premiere Chinese phone maker — the obvious tat would have been for China to crack down on Apple — the premiere U.S. phone maker.

However, that, of course, never happened.

As political commentator and businessman Vivek Ramaswamy says, Xi Jinping recognised he could weaponise American capitalism and its “woke” corporations to undermine the United States and other Western nations from within. More specifically, the CCP restricts market access to any company which criticizes their human rights record, and favours companies which criticize the West instead.

For example, when European leaders pressed Xi Jinping about locking over a million Uyghurs in concentration camps – the same poor people Applies used to make their iPhones – his first response was the Black Lives Matter movement shows that the US is no better. A few years ago, Disney said it couldn’t film in the state of Georgia if they passed a new anti-abortion law even though it filmed its blockbuster “Mulan” in Xinjiang – the same province where the CCP’s Uyghur concentration camps are located.

Just as the NBA constantly laments about racial injustice in the United States while it aggressively expands into the booming Chinese market to make more cash more quickly.

So next time you hear Apple CEO Tim Cook go on about Black Lives Matter, “police racism”, or how being gay “is God’s greatest gift to me”; remember he’s only doing it to increase his bottom line and appease his shareholders…