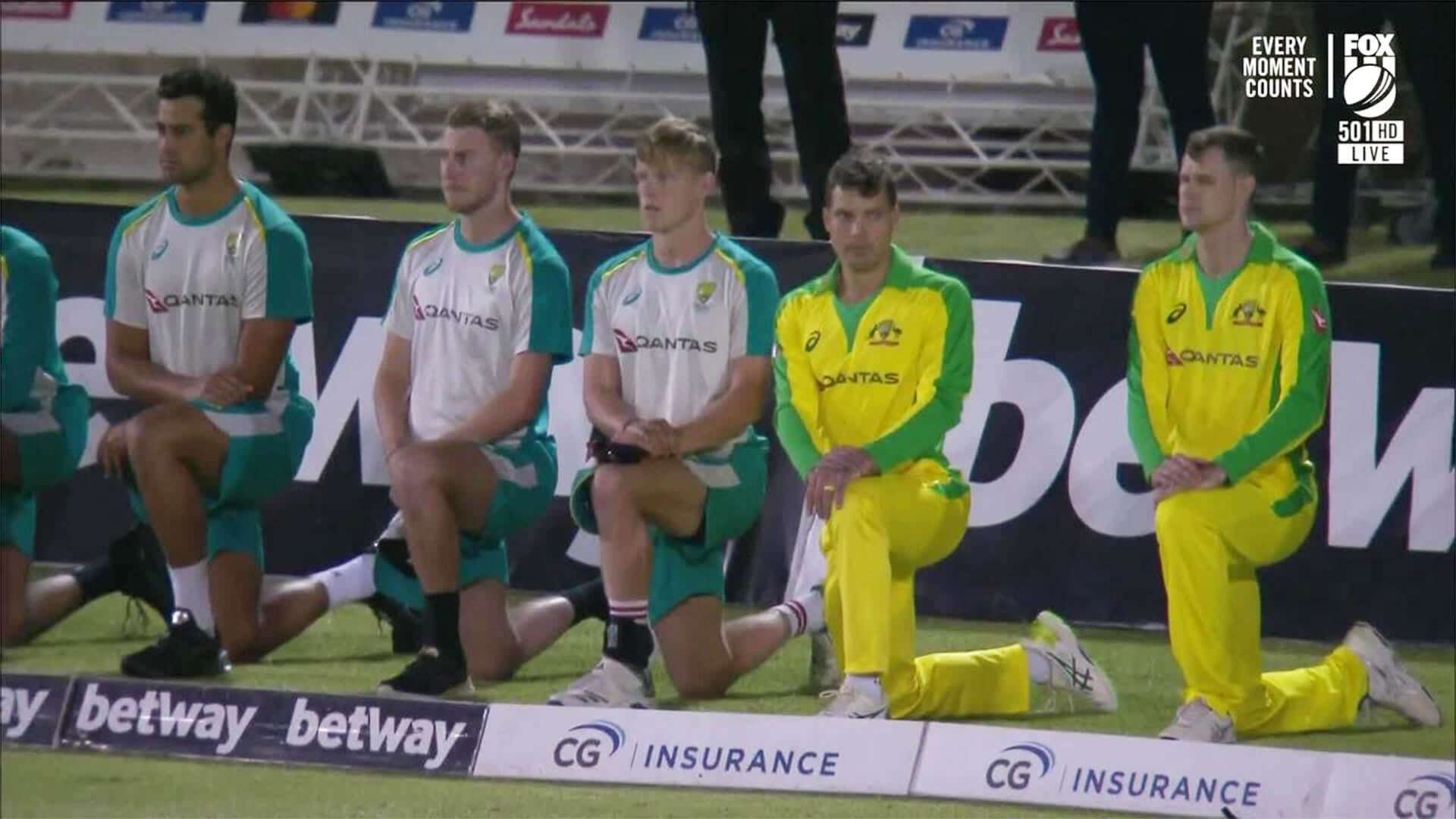 Cricket Australia is a disgrace.

On Thursday night a T20 cricket match between Australia and Bangladesh in Dubai began with all players taking a knee in solidarity with the Marxist Black Lives Matter movement.

The irony is that Dubai is notorious for using Bangladeshi slave labour to build skyscrapers funded by oil money.

As reported by Human Rights Watch, foreigners make up 88.5 per cent of United Arab Emirates citizens, with low-paid migrant workers being “subjected to abuses that amount to forced labour”. While exact figures are not known, it is estimated that there are three million of these workers in the UAE alone.

In its World Report 2016, HRW said domestic workers were particularly vulnerable to abuse as they don’t have the minimal protection afforded by UAE labour law. The human rights group said the kafala sponsorship system, which tied migrants to their employers who acted as their sponsors, meant workers were at an even greater risk of exploitation because they could “revoke sponsorship at will, making them liable to deportation”.

And in a three-month investigation, BBC journalist Ben Anderson interviewed workers and witnessed the shocking conditions the men were exposed to. He also found the men had been approached by agents in their villages in Bangladesh, telling the men they will be paid $580 a month. But in reality they are paid half that, with the agents taking a $4000 cut in the process.

In fact, the BBC found the men were in debt and too poor to return home, with many working 12 hour shifts six days a week. One worker told the broadcaster he was paid a monthly salary of just $170, well below what was promised to him.

Never before has ADVANCE seen a situation that so comprehensively embodies the slacktivism of corporate Australia.

Taking a knee has nothing to do with actually stopping racism and the exploitation of workers from the third world. Instead, it's merely a public relations stunt to appease the perpetually offended.

As ADVANCE wrote late last year, while the perpetually offended are caught up with changing dates, establishing an “Indigenous voice” in parliament and demonising all people of Anglo-Celtic backgrounds as savage colonial oppressors, Indigenous Australians are suffering like never before.

How will another Indigenous bureaucracy in Canberra solve these terrible issues?

The same goes for the climate activists.

Although they declare their deep allegiance to protecting Mother Earth, they promote so-called “renewable” technologies that rely on the mining of cobalt, copper, nickel, coking coal and iron ore.

For instance, the environmentalists want us to drive electric vehicles without telling us that the cobalt for the batteries is mined by black child slave labour in the Congo and the nickel is mainly derived from clear-felling forests in the tropics and mining soils.

They don’t tell us that wind turbines and solar panels cannot be recycled and are dumped, resulting in the leaking of potent toxins into soil and water. They also fail to disclose that each wind turbine uses 150 tonnes of steel, which requires 150 tonnes of iron ore and 150 tonnes of coking coal to manufacture.

Even worse, they fail to disclose that their denial of coal-fired power to poor African nations condemns them to reliance on twigs, dung and leaves for cooking and heating in unventilated huts resulting in the deaths of millions of women and children each year.

So much for Black Lives Matter!

As ADVANCE has been saying for years now, identity politics and virtue-signalling is a way for corporates and dictatorships to distract useful idiots from reality.

If they really cared about the world’s poor, they’d take a lesson from the 800 million Chinese who lifted themselves out of poverty with coal-fired power, free markets and the protection of critical manufacturing industries.

What a joke these people are…