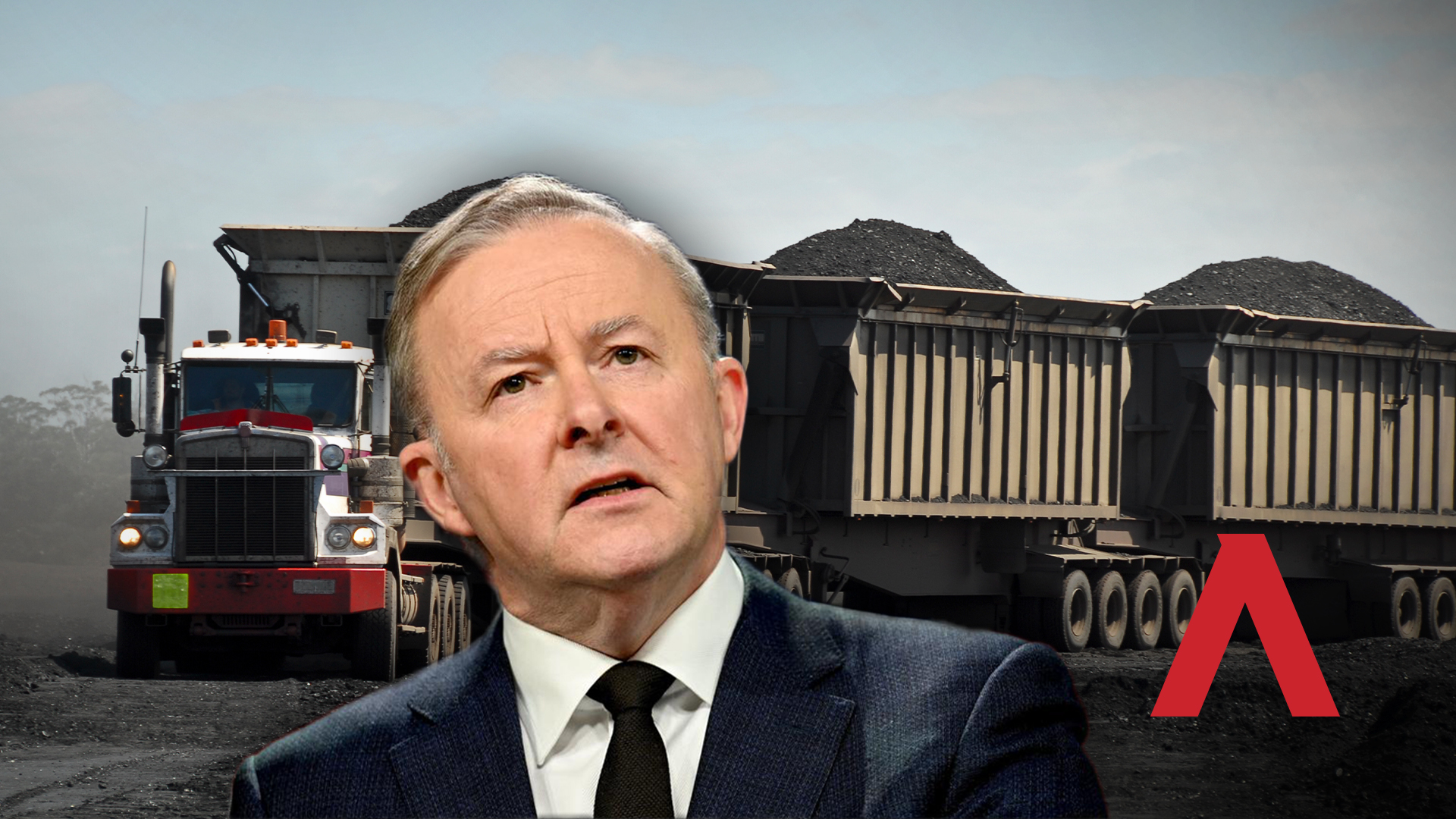 The Greens must be outraged!

Last week, Australia gifted Ukraine 70,000 tonnes of coal so the energy-starved war-torn nation can keep the lights on.

In response, Ukraine's President Volodymyr Zelensky said, “I am very thankful to Anthony Albanese’s government for the coal for Ukrainian energy.”

Funny that, isn't it? Why did Ukraine request coal to keep their lights on, instead of solar panels or wind turbines?

We were told that king coal was dead.

We were told wind and solar the cheapest way of generating electricity?

We were told coal will contribute to climate change which is the "greatest threat to global security", as the United Nations asserts.

It sounds like quite the moral dilemma for Bandt and the far-left of the Labor party, doesn’t it?

How can these people support sending coal to Ukraine as foreign aid while also believing that coal is "killing the planet"?

It makes no sense!

Even worse, they're sending our coal overseas while they deprive Australians of new coal-fired power plants and coal mines with the new climate change bill.

But we shouldn't be surprised.

This is happening all over the world.

The Germans, Austrians, French and Dutch are turning their coal-fired power plants back on after becoming dangerously reliant on Russian gas. It turns out their green revolution didn't work out too well for them.

The Chinese, Indians, Indonesians, Vietnamese, Bangladeshis, Pakistanis, Turks and Russians never bought into the green revolution. They were too smart. All up these eight countries have 403 new coal-fired power plants under construction or in the pre-construction phase.

Japan has built 12 high-efficiency, low-emissions coal-fired power plants over the last 10 years. The power plants use a process that reduces emissions to less than 10 per cent.

Meanwhile Australia only has 19 power plants, all of which are ageing and/or being shut down.

And the Queensland Labor government is about to reject the only live proposal for a low-emissions coal-fired power plant in the country.

As reported by The Australian, although “Clive Palmer’s $3.5bn proposal for the plant in the Galilee Basin has the support of the local community and was due to create nearly 600 jobs, the state government says the plan poses irreversible risks to the environment and may not be in the public interest.”

Meanwhile, Federal Environment Minister Tanya Plibersek indicated she would refuse federal approval for a new open-cut coal mine 130km northwest of Rockhampton, due to the impact on the Great Barrier Reef.

A mine 130 kilometres away from the Great Barrier Reef is going to hurt the natural wonder even though the Australian Institute of Marine Sciences admitted coral cover has never been higher last week?

When will the lies and hysteria end?