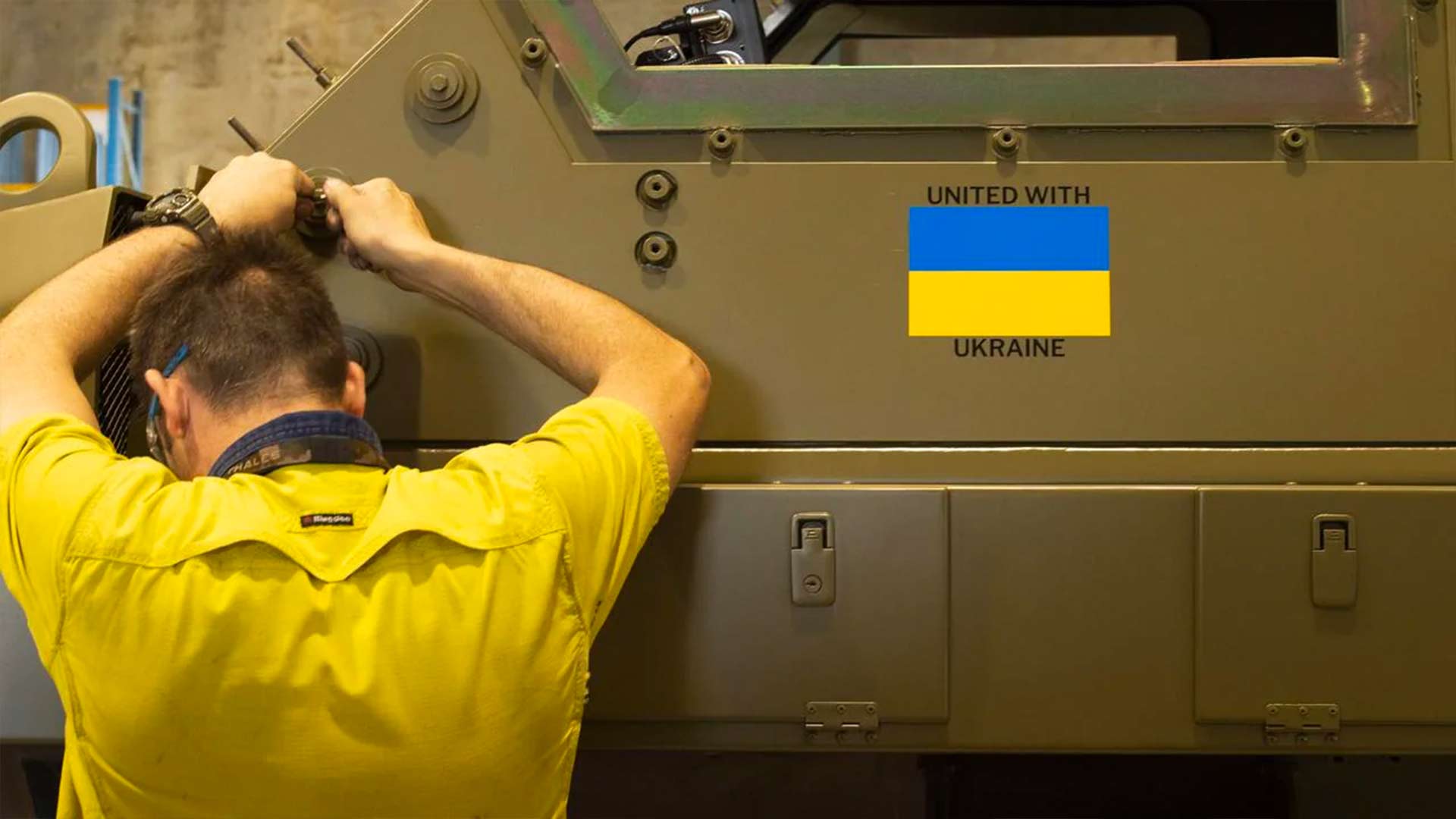 As per usual, Australians are rolling up their sleeves and doing the right thing.

Our nation will honour Ukrainian President Volodymyr Zelensky’s request for Australian Bushmaster military vehicles to aid in the armoured defence against the brutal and illegal attack by Russian forces.

Only eight days ago, Zelensky told the Australian parliament, “we have to stop any intention from Russia to bypass sanctions. Most of all, we have to keep the heroes fighting these people armed. For example, you have very good armed personal vehicles, bushmasters, that could help Ukraine substantially.”

In response, the PM said that despite their countries being “half the earth” apart, they shared the same respect for democracy and the freedom to live free from coercion and “brute fist of force”.

“Mr President, the people of Australia, stand with Ukraine in your fight for survival. Yes, you have our prayers, but you also have our weapons, our humanitarian aid, our sanctions against those who seek to deny your freedom, and you even have our coal. And there will be more,” he said.

Notice how the Ukrainians haven’t asked for any solar panels and wind turbines?

ScoMo continued, “we will send out armoured vehicles, Bushmasters as well, and we will fly them over there on our C-17s to make sure they can be there to support,” Morrison told reporters in Sydney on April 1.

“I’ll be confirming those with the Ukrainian president. We’ve been in constant dialogue around a range of issues. You can anticipate the support will be greater.”

It also comes after a raft of non-military support measures including $65 million for humanitarian aid, 70,000 tonnes of coal to help power Ukraine, and temporary protection visas and support for Ukrainian community groups in Australia.

This is what Australia is all about, and it’s not just the government who is doing what they can to support our fellow democracy on the other side of the world.

As Prime Minister Scott Morrison would say: how good is Australia!