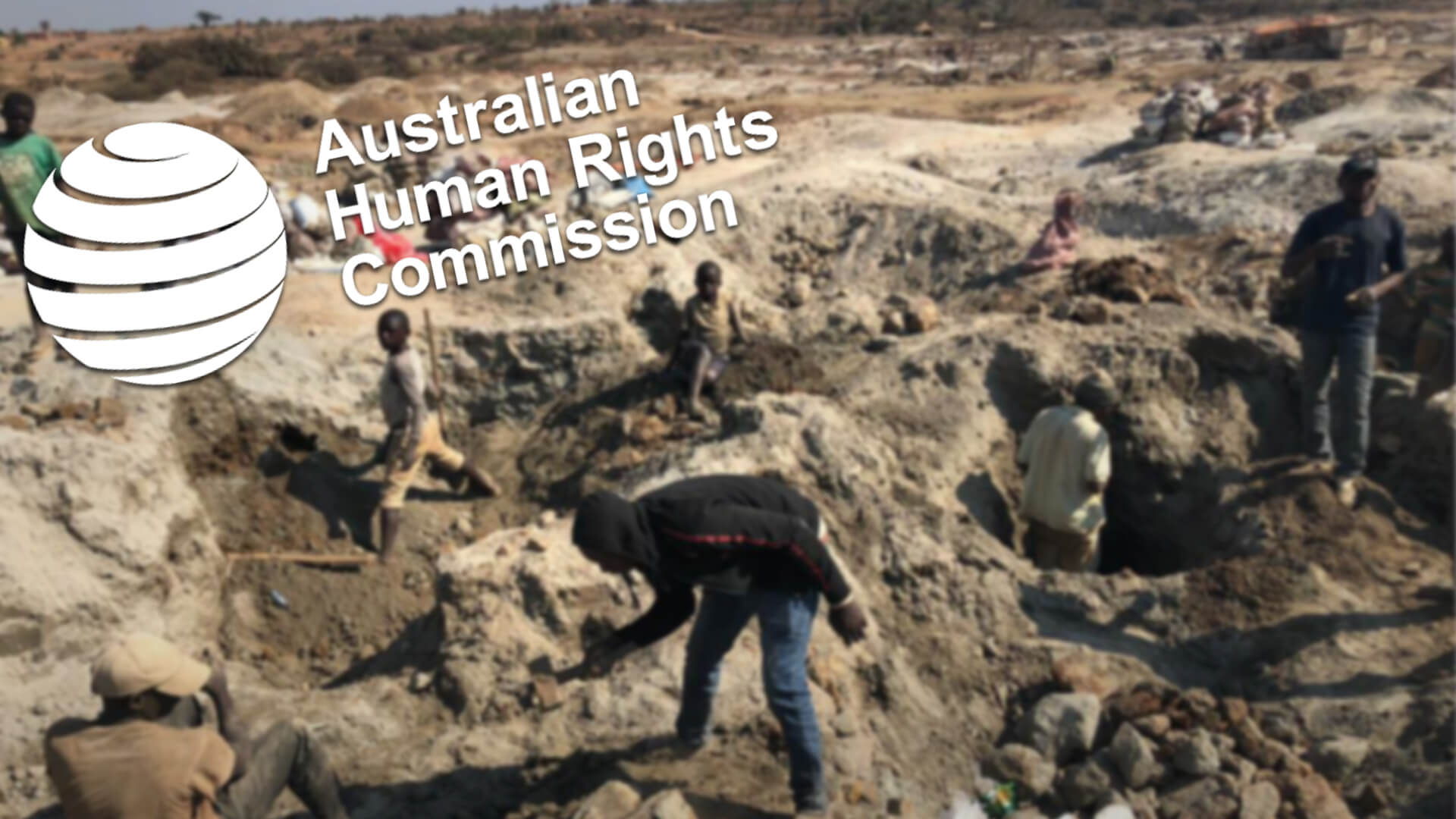 For the first time in years, the Australian Human Rights Commission is actually standing up for human rights.

Echoing ADVANCE’s campaigns against solar, batteries and wind power; the Human Rights Commission has told companies in the energy sector that they must report annually on how they’re addressing the risks of slavery found throughout the renewable energy supply chain.

A report released by the Commission in conjunction with KPMG found that critical components for solar, wind and battery technologies are mined and processed by adults and children operating in poor or harmful conditions or working for little to no financial return.

“Cobalt, which is still a crucial component of most lithium-ion batteries, a technology crucial to the energy transition, is strongly associated with modern slavery risks. More than half the world’s supply is mined in the Democratic Republic of Congo, where a significant proportion comes from artisanal mines, where miners – many of them children – work in dangerous conditions for minimal reward.”

The report found that the rapid uptake of renewable energy has led to sacrifices in the human rights and treatment of bottom-level workers and Indigenous groups.

The report cites an article by the ABC that reports Australia imports, at the very least, 80 per cent of its solar panels from China where Muslim slave labour is used to produce 45 per cent of the world’s solar-grade polysilicon supply.

The Human Rights Commission also reported that rising demand for wind power has created conditions for precarious labour issues and environmental degradation in logging operations in the Amazon.

“The boom in wind power has created the conditions for precarious labour issues and environmental degradation in the logging of balsa wood in the Amazon,” the report revealed.

A study by the CO2 Coalition’s 60 climate scientists and energy engineers focusing on Africa came to similar conclusions.

African factories and businesses suffer frequent electrical power outages, and only a third of Africans have access to reliable electricity at home. This limits economic growth; and life expectancy is 15 years behind developing countries that have made the transition to universal electrification. Forced to cook, light, and heat their homes with wood, charcoal, and animal dung, over 400,000 Africans die each year from respiratory diseases caused by indoor air pollution.

There is a strong consensus among power analysts that Africa’s cheap, abundant, easily transportable coal will continue to be used on a large scale for electricity.

However, US policy at present, opposes coal-fired electricity in Africa. The US-funded World Bank and African Development Bank no longer support coal plants. This leaves the construction of coal plants to China and others who have scrubbing technology but do not require it in their foreign construction

The United States should assist Africa in its electrification with the most reliable and affordable methods African governments choose. Any other policy would be a life-threatening return to colonialism – carbon colonialism.