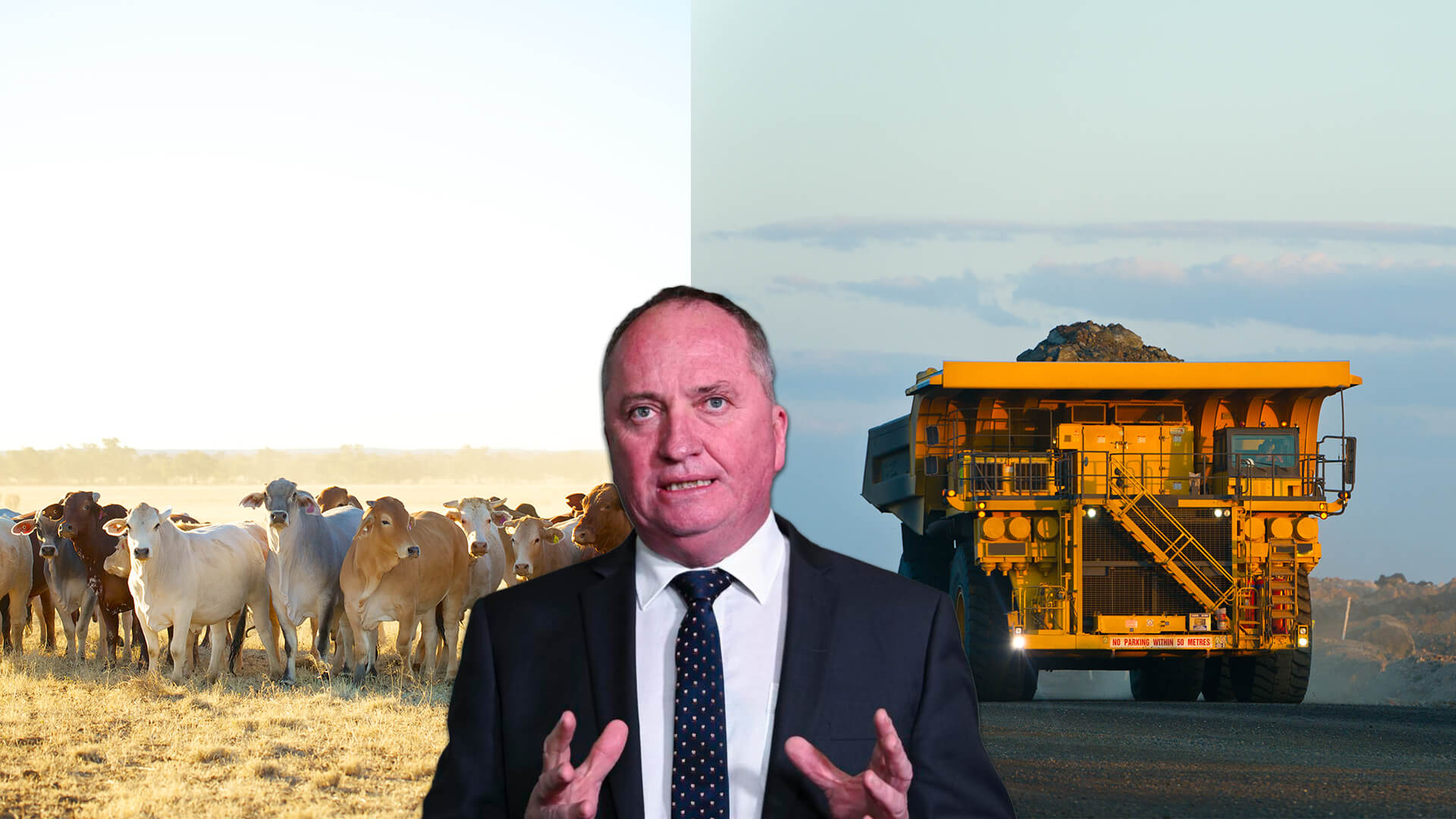 Although he couldn’t be more unpopular in inner-Melbourne, Sydney and Brisbane; Deputy Prime Minister Barnaby Joyce is a force to be reckoned with when it comes to the rural vote.

Speaking to 4RO radio in Rockhampton earlier this week, Barnaby said, “Well, I think everyone knows the election is coming up and we’ve got to let people make a value judgement.

“For our party, it’s being behind the coal industry; being behind mining jobs; not trading off the inner suburban Sydney seat votes; and making sure the message you hear from us in Gladstone is the same message I’d be giving to someone at Ultimo in Sydney or West End in Brisbane.

“The Nationals are really proud of the fact we went into bat for people in the mining industry and making sure they keep their job. We’re informing Australia that if it wasn’t for the mining industry, we wouldn’t have the standard living we’ve got. And that’s the same as we’ve done in the past for the cattle industry, live cattle trade, coal mining – all these things that might be politically incorrect in the southern capitals.

“We make sure we loudly and clearly speak up for you because it's your right to have a well-paid job. It's also other people’s right to know that if it wasn’t for the work you do in the coal, cattle and mining industry, we wouldn’t have the standard of living we’ve got.

“So, for our part we’ve building the Inland Rail. It will continue from Toowoomba up to Gladstone, so that we’ll have a rail corridor from Gladstone to Melbourne. That’s crucial and what I’ll be delivering as my role as Deputy Prime Minister and former Senator for Queensland.

“I’m doing my very best to make sure that we gain the confidence to be supported once more by the great people of central Queensland.”

Good on you, Barnaby!

Although the green lemmings at the ABC would disagree no doubt, Australia will always be a mine, a farm and a quarry.

Australia has the world’s highest quality, low emissions thermal and metallurgical coal – critical to the manufacturing and steelmaking industries of growing Asian nations.

Our iron ore mines are the world’s best. Contrary to the assertions of some in the industry, no other country in the world (apart from Brazil) comes close to producing the same volume of high-quality, cost-competitive iron ore as our miners in the Pilbara.

We have incredible reserves of natural gas. In the Northern Territory Empire Energy is drilling the Beetaloo Basin in outback Northern Territory – a gas field that could hold more than three times the world’s annual consumption of gas and eclipse America’s Marcellus and Barnett basins.

And Australia’s gold exploration and mining industries are booming. Every year our gold mining industry grows by seven per cent every year (well over three times GDP growth) and new deposits are being discovered more rapidly than in the 200 years of gold mining on this continent.

Although the Greens want us to shut down our beef industry to save the planet from cow burps and farts, ratings agency Fitch predicts beef exports will increase through to 2026; beef production growth will average 5.8 per cent year on year; and the free trade agreement we just signed with Britain will allow a diversification away from the increasingly unstable Chinese market.

This is why a vote for Labor at the next election is a risk to Australia’s wealth and prosperity.

Looking at the numbers, many are predicting that the only way for Labor to reach a majority in parliament is to team up with the anti-mining, anti-agriculture Greens party. And even if they don’t have to align with Adam Bandt and co, it’s clear each-way Albo doesn’t see mining and agriculture as a top priority for Australia’s future.

As Senator Matt Canavan said today, “Anthony Albanese has been in North Queensland for about a week. Has anyone heard him say one good thing about the coal industry yet? Labor doesn't support OUR jobs!”