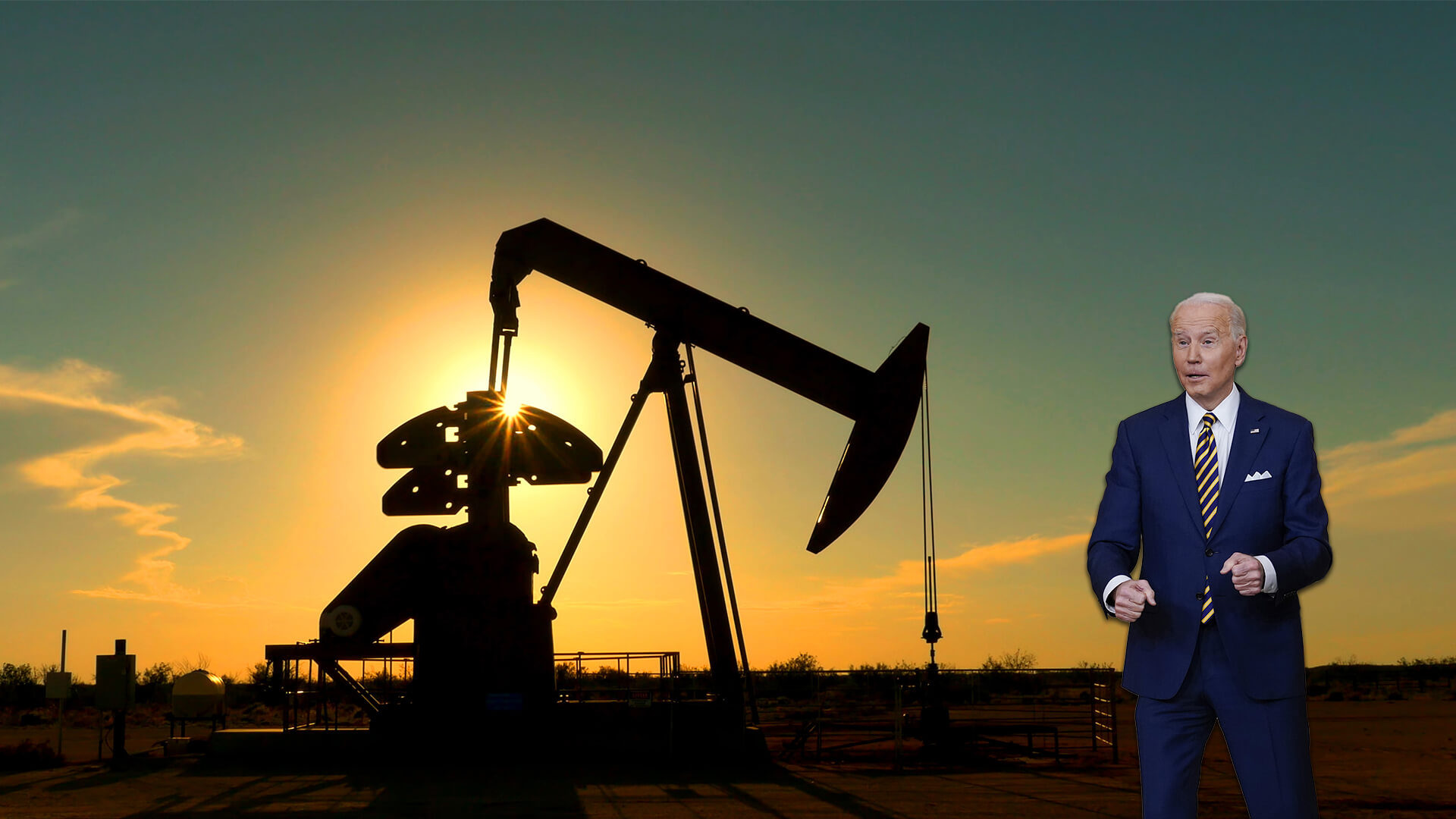 Not only does sleepy Joe Biden find it difficult to remember his own name, he’s now conveniently forgotten the green policies he took to the 2020 election.

In order to win the hipster vote in California and New York during the election, one of the Biden campaign’s central policies was to ban fracking, and up until the last few weeks the man has certainly lived up to his promise.

Last year, Biden cancelled the completion of the Keystone XL Pipeline; he suspended oil and gas leases in the Arctic National Wildlife Refuge and New Mexico; his EPA announced new regulations for methane emissions from oil and gas production, transmission, storage, and distribution; he put a moratorium on oil and gas leasing on federal land; and he vowed to prohibit fracking.

As of the 29th of December 2021, the national average fuel price in America increased by 45 per cent relative to prices a year before. High natural gas prices forced the US to burn 20 per cent more coal.

According to the U.S. Energy Information Administration, the US will import 62 per cent more crude by 2022 due to domestic production declines derived from Biden’s green politics, meaning the world superpower is once again reliant on OPEC – an organisation run by Islamic tyrants.

However, now sleepy Joe has backflipped... for political reasons, of course.

With oil prices at record highs (and set to climb to well above $100 a barrel in the coming months due to instability in the Middle East) and middle-class Americans distraught about record-high petrol and gas prices, Biden has had a sudden realisation that oil fracking, instead of being his enemy, is now his great friend.

He understands that although many Americans believe and care about climate change, most are happy to ignore it if they can reduce their cost of living in a period of inflation. As a result, US frackers are now back in favour in the Biden camp and they’re ramping up production as fast as they can according to Robert Gottliebsen from The Australian newspaper.

This is what will happen in Australia if the “modern Liberals” and a Labor-Greens government gets their way.

They will shut down our coal mines. They will ban any more exploration for gas and oil. They will continue their ban on nuclear power. And via higher energy prices they will make us even more dependent upon increasingly fragile international supply chains.

As a result, whenever something goes wrong in Asia, Australia is buggered.

We won’t have the oil to have a sovereign capacity to refine fuel. We won’t have enough cheap gas for our manufacturers. Given they’re shutting down our coal-fired power plants, we won’t be able to import any more solar panels and wind turbines from China to keep the lights on (when the wind is blowing and the sun is shining, that is).

They’re making us a sitting duck.

The same thing is already happening in Europe.

To “save the planet”, the Europeans shut down their coal-fired power plants, demonised their gas industry and failed to invest in offshore oil drilling and onshore refining capacity.

As a result, the Europeans are now totally dependent upon Russian gas to keep the lights on while NATO is on the verge of armed conflict with Putin in eastern Ukraine.

As ADVANCE has been saying for years now, the climate cult is a fundamental threat to our national security.

We can’t let the deindustrialisation agenda march forward under the guise of saving the planet for any longer.