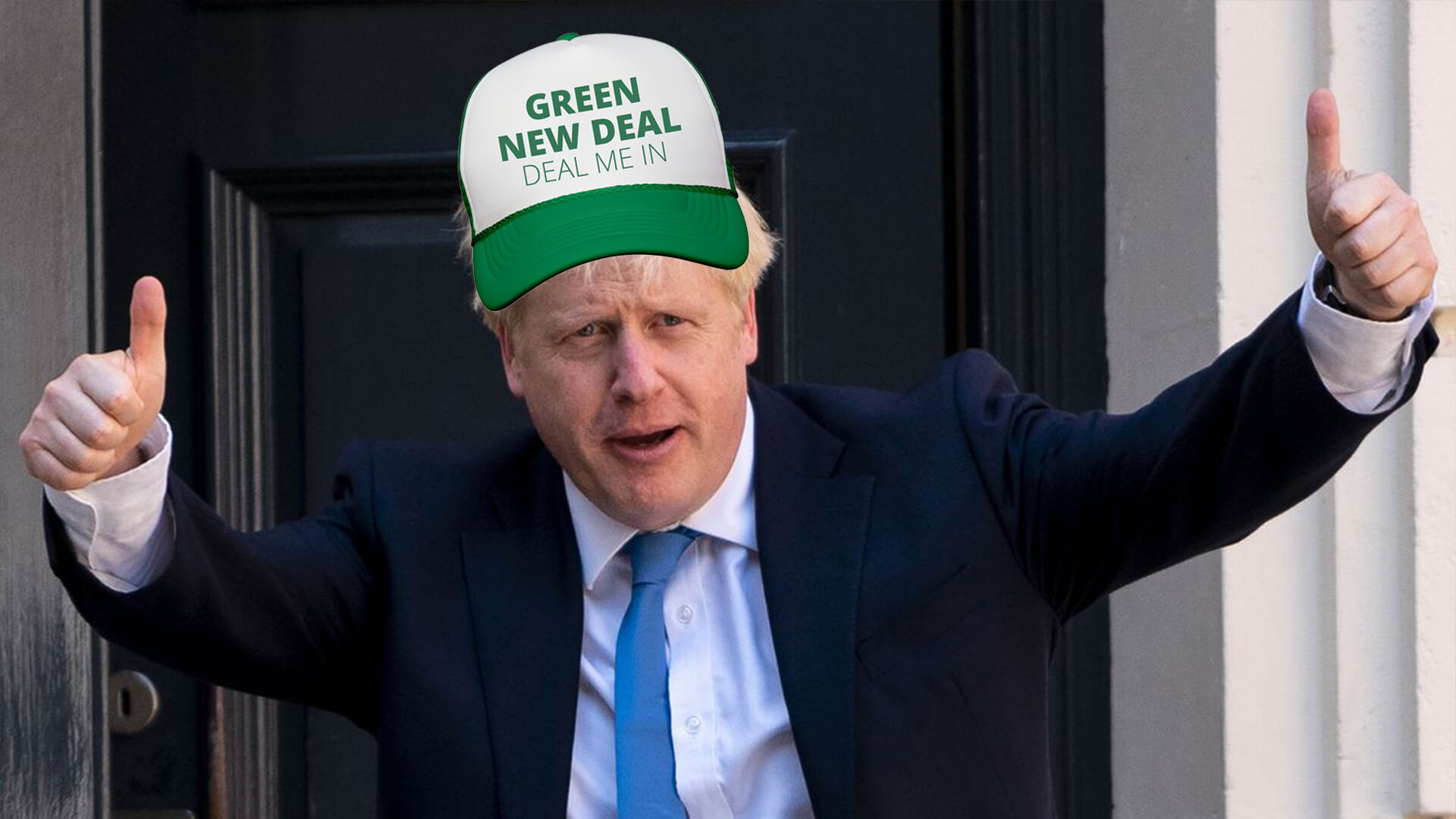 For centuries Australians have looked to the United Kingdom for leadership, guidance and direction.

We followed them into two world wars, our head of state is still Her Majesty Queen Elizabeth II, and the pommies happen to be our largest non-Asian trading partner.

But now with so-called conservative Prime Minister Boris Johnson ranting and raving about the immediate need for a “green industrial revolution”, perhaps it’s time we distanced ourselves from our former colonists – especially considering they’ve begun lecturing us on how to run our energy grid.

On a phone call back in October this year, Boris Johnson encouraged Scott Morrison to take "bold action" on climate change and emphasised the importance of setting ambitious targets to cut emissions and reach net-zero.

Last Wednesday, Alok Sharma, Britain's secretary of state for energy and the president of next year's United Nations climate negotiations in Glasgow, said he “thanks Australia's states and territories, which have all made commitments to reach net-zero by 2050," and "urge all of you who have not already done so to join the race to zero campaign."

Even the miserable ghost, Malcolm Turnbull, entered the conversation, adding that Boris Johnson’s commitment to tackling climate change proves the issue has “nothing to do with left versus right” because “Boris Johnson is hardly a dripping-wet lefty”.

Not so fast Mal. And by the way, what are those puddles at your feet?

Boris Johnson has gone way too far to be considered anything even vaguely close to conservative.

This year he announced his intention to ensure every home in the UK is powered by offshore wind by 2030.

He revealed his plan to bring forward the ban on new fossil fuel vehicles from 2040 to 2030 to help speed up the rollout of electric vehicles across British roads.

And he’s been using the infamous slogan “build back better” to describe his plan for economic recovery post-COVID – a catchphrase the Biden campaign used front and centre.

Why has Boris Johnson sold out to green delusions?

Does Boris really think he can power a world-leading industrial economy with glorified windmills only capable of collecting erratic energy spread over hundreds of square kilometres in windy, salty and wet conditions?

If offshore wind is so efficient Boris, why was offshore turbine operator Ørsted forced to repair up to 2,000 wind turbine blades because the leading edge of the blades had worn down after just a few years at sea.

If offshore wind turbines are so green why does it take 150 tonnes of coal to make a single windmill? That’s enough coal to produce around 300 cars!

If offshore wind is so reliable Mr Johnson, why is your government up in arms about the French threatening to cut off the interconnectors under the Channel which supply European baseload coal-fired and nuclear power to your grid when your beloved solar panels and wind turbines aren’t working on a cloudy, windless day?

And as for electric cars, IEA Executive Director Fatih Birol said that in 2018, electric cars saved 40 million tons of CO2 worldwide, sufficient to reduce global temperatures by a mere 0.000018°C — or a little more than a hundred-thousandth of a degree Celsius — by the end of the century.

We guess Boris reckons the 0.000018°C temperature reduction is more important the rights of the 40,000 children working in Congolese cobalt mines to supply the West’s insatiable demand for electric vehicle batteries.

What has this world come to?

Well at least in Australia some of our politicians have a little more sense than those advising Boris Johnson.

"It shouldn't come at the cost of higher prices for the daily things that our citizens depend on," Scomo said.

"Emissions reductions shouldn't come at the cost of jobs in Australia or the UK."

Federal Energy and Emissions Reduction Minister Angus Taylor agreed, asserting that Australia will "get there through technology, not taxation".

And even former Prime Minister Tony Abbott who’s now an adviser to the UK’s Board of Trade had a crack, saying although the environment was important and mankind couldn’t ravage the planet, "relatively theological points" should not be incorporated in economic deals.

"If Britain tries to insist that everything that's done in Britain has to be exactly replicated everywhere else, it won’t do trade deals. Are we trying to do trade deals or are we trying to reach out from one country and try to dictate to another country exactly how it should do things?"

Australians will not be dictated by the pommies on how to run our energy grid.

We never have, and we never will…