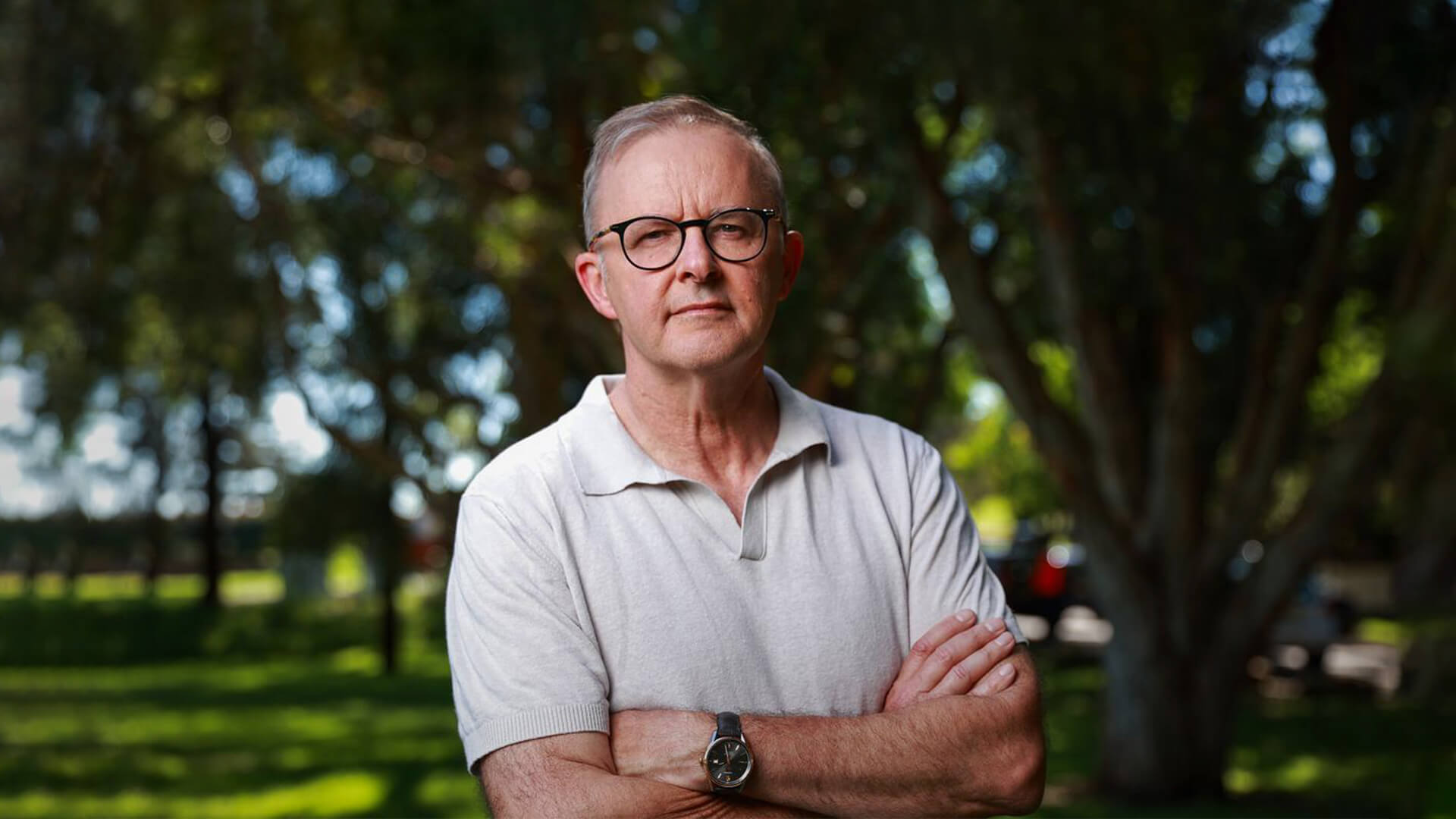 Who on Earth does Each-Way Albo think he’s kidding?

In an interview with Joe Hilderbrand, Albanese declared that Labor will be the party of mainstream Australia – not the woke left – and a friend to business and aspirational Australians.

ADVANCE and our 195,000+ supporters can’t wait to see you rip up your party’s net zero policy and root out the far left of your party who think gender is “fluid” and Australia is built upon “genocide”.

The Labor leader has also vowed that he will be every bit as strong on China and national sovereignty as the Coalition, invoking the spirit of legendary wartime prime minister John Curtin.

Albo, you can’t even stand up to mean girls Penny Wong and Kristina Keneally. Do you really expect us to believe you can shirtfront Xi Jinping? Seriously, mate?

In a wide-ranging interview at his Marrickville home, Mr Albanese also said that the ALP needed to be a welcoming place for people of faith and that people’s religious views needed to be respected even if they clashed with so-called progressive values.

How can anyone believe you represent “mainstream Australia” when you have been in politics your entire life?

And how can you say you’re in the middle of politics when you flew all the way to the United Kingdom to buddy-up with socialist Jeremy Corbyn when it looked like he was likely to beat Boris Johnson?

Making business more productive? Good luck with that, mate. It’ll take more than hot air and Chinese-made renewables. The best way to increase the productivity of Australian industry is to lower energy prices and without a new fleet of coal-fired power plants and nuclear energy, it’s just not going to happen.

One thing we know for sure is that Labor will be a friend to the renewable energy magnates who want the taxpayer to bankroll their pie-in-the-sky green pipedreams.

In a dramatic shift away from the class war rhetoric of his predecessor, Mr Albanese said that success in business was something Labor should celebrate.

“We need to appeal to these people and that includes people in the ethnic communities who are so determined to set up a business and create a new and better life for their kids and grandkids. Labor needs to reach out to these people and celebrate their success.”

That’s great Albo, but how about those Australians in the regions?

Your party locked up our national parks in New South Wales under Bob Carr. Your buddy Tony Burke took water rights off farmers. You say one thing in central Queensland and another thing in Toorak, Ultimo and West End. Your party refuses to build dams. In fact, many in your party think we should reduce the size of our agricultural industry because it “exacerbates” climate change.

Mr Albanese also promised “I’ll end the climate wars” and vowed that under no circumstances would he ever enter any coalition arrangement with the Greens.

Instead he blasted the far-left party for being economically naive and divorced from political reality.

“The Greens will never have to consider whether things add up or not or whether they’re achievable,” he said.

So then why did you form an alliance with the Greens in 2010 as part of the Gillard government’s ploy to gain a parliamentary majority?

As the saying goes Albo, fool us once, shame on you’ fool us twice shame on Australia…

You guessed it. Vote Labor, Get Greens!