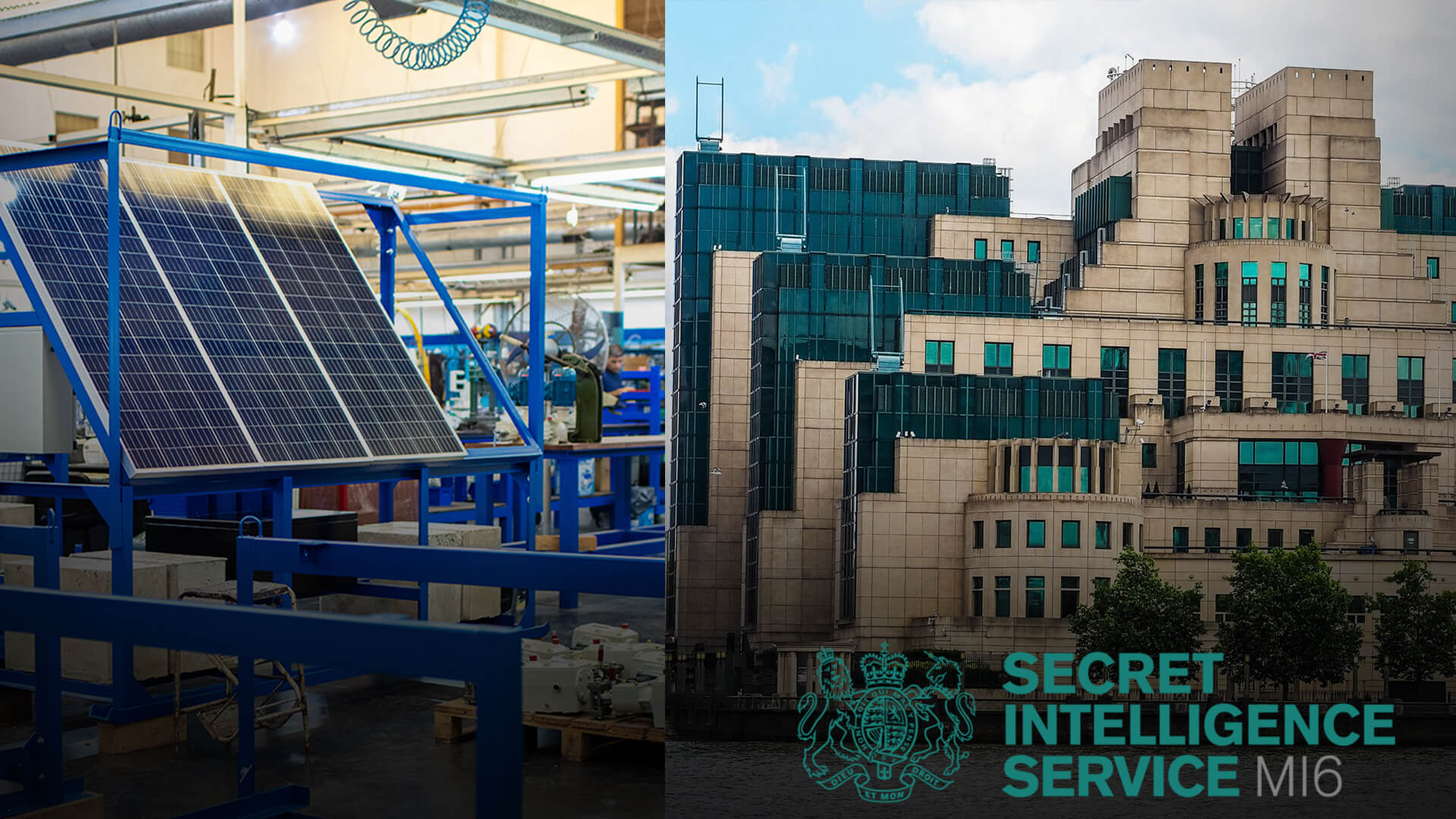 While Australia’s domestic spy agency ASIO now refuses to use “sensitive” and “unhelpful” labels such as “left-wing”, “right-wing” and “Islamic extremism”, Britain’s spy agency MI6 is “green spying” on China and other nations to ensure they keep their climate change promises.

According to chief of the UK’s foreign intelligence service, Richard Moore, MI6 views climate change as the “foremost international foreign policy item for this country and for the planet”.

As such, Moore declared his agency would focus on China because it is “certainly the largest emitter” of carbon, describing the clandestine activity as “green spying”.

He even said MI6 hopes to play an active role in addressing the global “climate emergency” and that the agency aims “to shine a light in places where people might not want it shone”.

Are these people serious?

With rapid militarisation and egregious human rights abuses occurring throughout China, Iran, Russia and other belligerent communist and authoritarian nations, this is the best one of the world’s most revered spy agencies can come up with?

In other news from the UK, it’s now been revealed up to 40% of the UK’s solar farms were built using panels manufactured by Chinese solar panel companies which have factories or suppliers in Xinjiang where forced labour camps are rife.

This is exactly what Advance reported on in early March of this year, when Shadow Minister for Climate Change and Energy, Chris Bowen visited “Australia’s biggest solar warehouse” to pose in photos celebrating how “renewable energy = jobs for our suburbs and regions”.

Unfortunately, what Mr Bowen didn’t realise is that the solar panel warehouse he promoted as a job creator for Australians sourced its panels from the following, overwhelmingly Chinese, companies:

On the 1st of January 2021, the German government shutdown 11 coal-fired power plants with a total capacity of 4.7 GW; however, due to a prolonged low-wind period, several power plants had to be reconnected to the grid eight days later to ensure the lights stayed on.

As a result, the German government came to terms with reality and demanded the Heyden, Datteln, Walsum 9 and Westfalen power plants remain on standby as reserve power plants instead of shutting down, even though the sporadic operation of coal plants is horribly inefficient and costly.

To top off this week’s climate ridiculousness, ANU researcher and senior staff specialist at Alice Springs Hospital, Simon Quilty, is now insisting “a sizeable chunk of Northern Territory’s doctors are thinking about leaving the territory because of climate change” according to new research.

His study, just published in The Lancet Planetary Health, shows 34% of doctors surveyed think climate change is already, or is likely to, make them consider leaving the Northern Territory.

Advance is sure this had nothing to do with the spiralling gang violence, theft, widespread drug use and alcoholism which is impacting the doctors who do such brilliant work in the Territory Mr Quilty…

With such absurdity now the norm in the West, one can only hope and pray truth, logic and rationality will ultimately prevail.

If not, we’re in for a prolonged period of deindustrialisation, energy scarcity and relative weakness – a terrifying thought considering the increasingly aggressive nature of the CCP and its insatiable thirst for our unparalleled abundance of critical mineral resources…