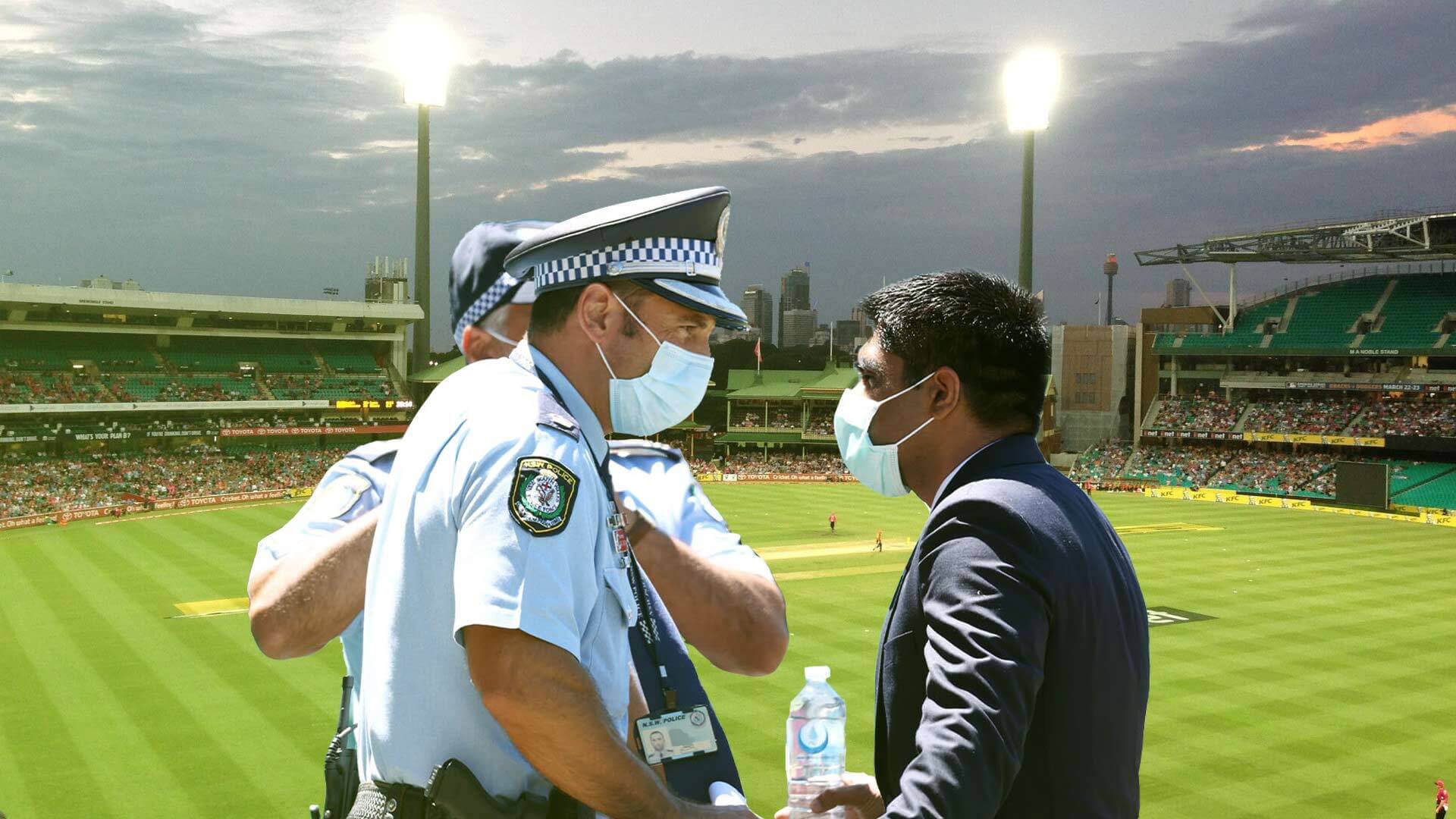 Cancel culture has come to the cricket.

At the Sydney Cricket Ground on Sunday, six fans were ejected by NSW police for allegedly racially abusing Indian bowlers Siraj and Jasprit.

What are the young fans accusing of saying?

According to reports in India, the players were called “brown dog” and “monkey”, prompting a senior Indian cricketer to declare racism is in the blood of Australians.

In response, the mainstream media and politically correct politicians jumped to conclusions.

Without waiting for the results of an investigation, headlines in the mainstream papers decried Australia an inherently racist country, and NSW Labor leader, Jodie McKay, called for the young men to be banned from the SCG for life.

Only hours later, the truth came out.

According to an Indian-Australian cricket fan seated just in front of the fans in question, there was no racial abuse at all.

And after trying to explain this to police, the witness, Prateik Kelkar, was told to leave with the young men.

“We got kicked out as well for sticking up for them, for saying that they didn’t say anything,” Kelkar told the Herald.

“[Siraj] was pissed off because he got hit for two sixes the previous over. He came to field on the boundary. He was copping it a bit and then they said: ‘Welcome to Sydney, Siraj’. Next thing we knew they were getting kicked out.”

Two other groups of witnesses, including a senior executive in the NSW public sector, have come out since the incident, affirming Kelkar’s assertion that there was no racial abuse.

To think the police have the right to kick a group of young men out of an event because a player makes an unsubstantiated allegation is sickening.

To think that a good Samaritan who witnessed the incident gets kicked out after sticking up for the truth, is even worse.

Our media and senior politicians’ willingness to jump to such brash conclusions without evidence only validates Mark Latham’s contention that our elites “want and need racism to verify their own warped, hateful view of Australia”.

Whatever happened to the spirit of the Aussie larrikin?

Steve Waterson made this very point in The Australian newspaper last month, when he argued the death of the Aussie larrikin dates back to “when they banned bringing an Esky of your own booze to the cricket.

“Not long afterwards they were ejecting spectators for rude songs and bursting the beach balls that bounced around between the overs. Now it’s light beer and a teenager telling you when you’ve had enough.”

And don’t forget about Cricket Australia’s new barefoot ceremony before each series to acknowledge how racist and oppressive Australia was and still is.

Will Cricket Australia and NSW police ban the Barmy Army for triggering people whose distant ancestors may have been victims of British colonialism?

Will Cricket Australia and NSW police track down the hundreds of Indian fans who made monkey noises directed towards cricketer Andrew Symonds in 2007?

Will the SCG get Black Lives Matter to tear down its statue of Stephen Harold Gascoigne, better known as Yabba, a man known for his witty heckling during SCG test matches?

Or maybe Cricket Australia should focus a little less on identity politics and crushing Australian larrikinism, and more on ensuring their players don’t drop easy catches.

And perhaps NSW police ought to remember they’re not being paid to reprimand those who hurt the feelings of some cashed up sport star.

The elites and their henchmen are hellbent on treating you like kindergartners.

Its time they let us be.