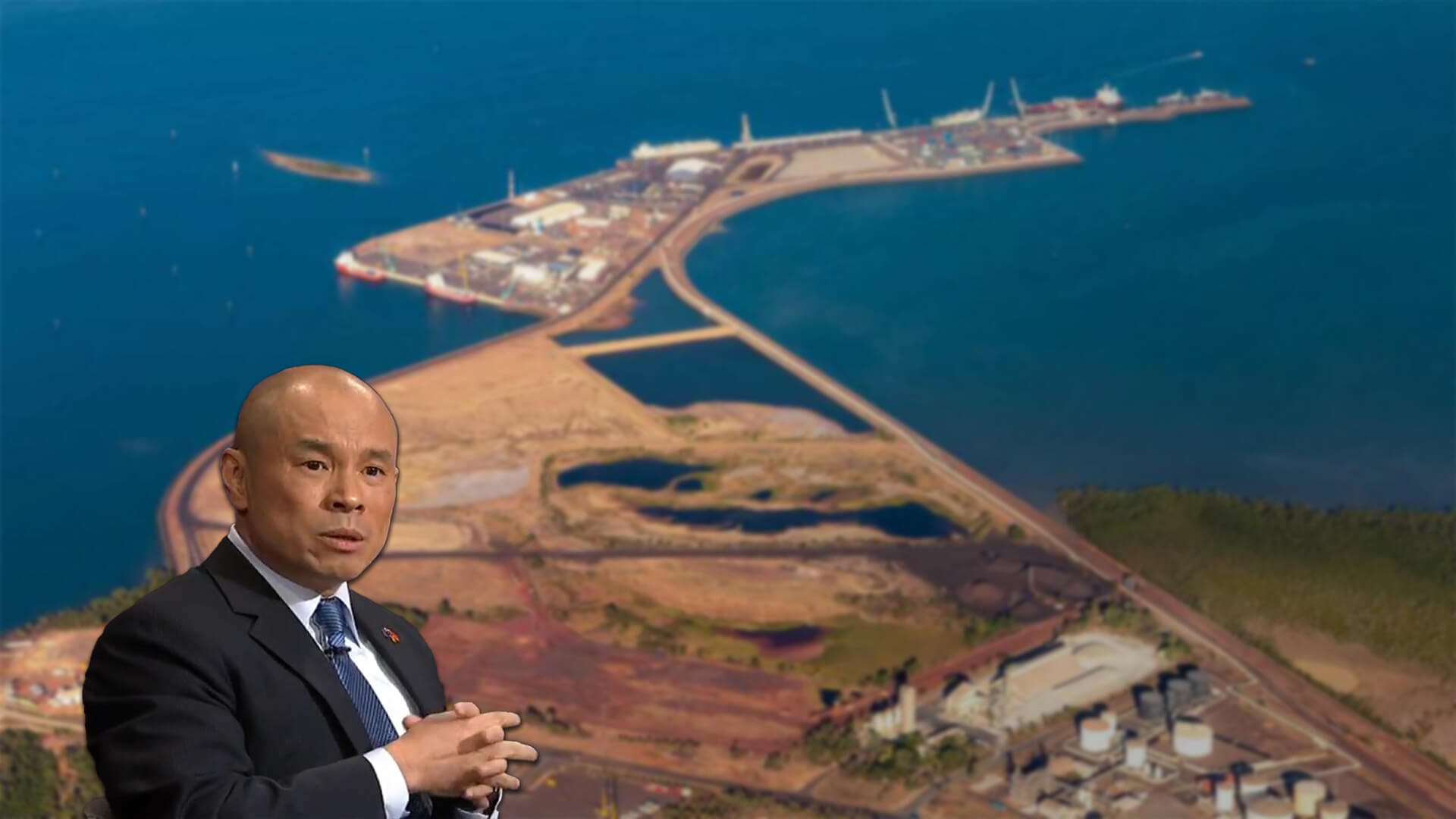 This week Wang likened Australia to “a naughty guy” over the AUKUS nuclear submarine deal, saying it jeopardises Australia’s peace-loving reputation and the Australian people “should be more worried”.

He called on Australian politicians to “refrain from doing anything that’s destructive to our relationship” after the defence minister, Peter Dutton, signalled Australia would be likely to participate if the US came to Taiwan’s aid in a conflict with China.

Even more notable was Wang’s comments on the Port of Darwin.

Obviously referring to the pushback Australia received for cancelling Malcolm Turnbull and Christopher Pyne’s French submarine deal, Wang said he wouldn’t be surprised if Canberra decided to cancel a Chinese company’s long-term lease of the Port of Darwin, but asked: “I wonder whether Australia can afford to break another contract?”

Right back at you, buddy!

I wonder whether China can afford to go without the 800 million tonnes of high-quality, low-cost Australian iron ore it buys from us every single year?

Without Australian iron ore, China’s steelmakers would have to significantly scale down production, given at least 60 percent of China's iron ore resources come from Australia.

This would increase the price of steel, meaning the central government would have two clear choices.

First, they can scale down their pace of rapid militarisation. Alternatively, they can take all the steel their blast furnaces produce and direct it to the military, choking other sections of their economy such as the property sector that is already on its knees.

Either way, China loses, and there’s nothing they can really do about it.

Although our current stock of politicians don’t have the intestinal fortitude to use our only bargaining chip (iron ore) to stand up for our interests, the point we’re making is clear.

Australia is a sovereign nation, and we MUST take back the Port of Darwin, and quite frankly, the vast majority of Australians couldn’t give two hoots about what the Chinese, let alone the French, think.

Afterall, just two years ago, the Chinese company that owns the Port of Darwin for the next 94 years, Landbridge, posted a video on its YouTube channel titled “Landbridge Group Worldwide Corporate Video” that was conveniently taken down from the platform after ADVANCE sent it to our 150,000+ supporters.

As shown below, China aims to connect the Port of Darwin with “the largest private port in China” located in Shandong, and Landbridge’s Panama Margaret Port, which covers the Atlantic entrance of the Panama Canal. 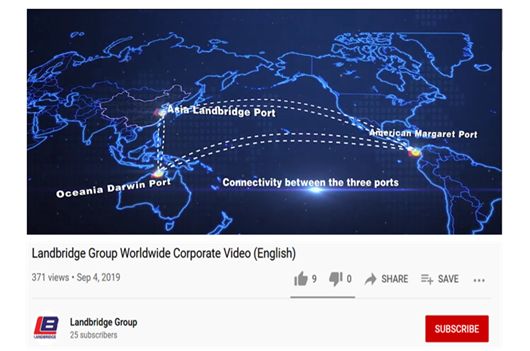 And although it’s true that Landbridge and its ports in Darwin, Shandong and Panama are officially “privately owned”, “Chinese law requires all Chinese businesses to assist their intelligence services if asked”, as pointed out by Executive Director of the Australian Strategic Policy Institute, Peter Jennings…

This could be Australia’s largest national security risk and the Prime Minister needs to take back the Port now, regardless of what Wang and his buddies in Beijing say.