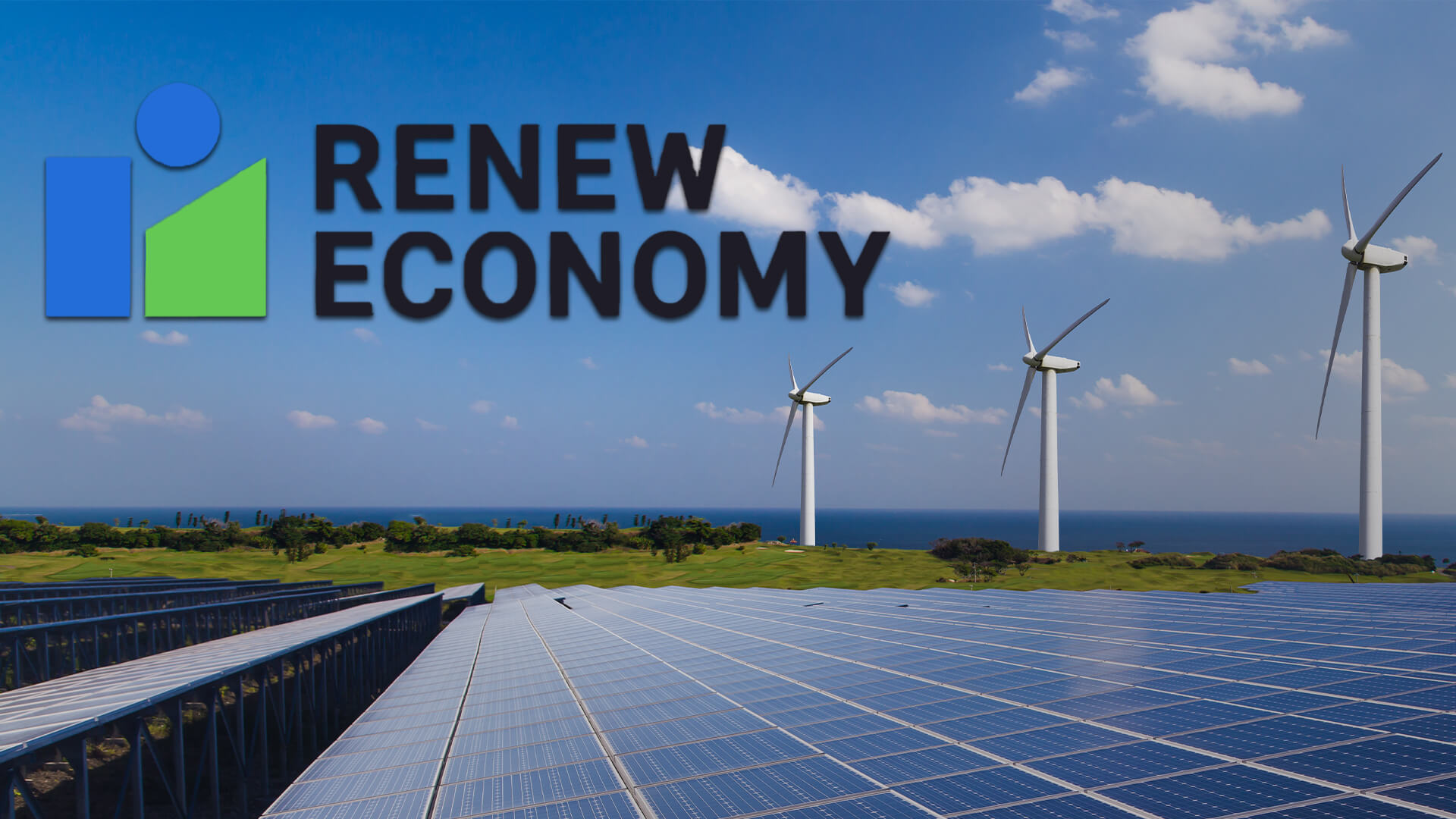 As Mark Twain said, “there are three kinds of lies: Lies, Damned Lies, and Statistics”. Unsurprisingly to ADVANCE and our 160,000+ supporters, the climate cult are the worst offenders when it comes to all three.

In an article published by Renew Economy – the Bible for climate cultists and green activists – career journalist Sophie Vorrath wrote “South Australia’s wind and solar supplied an average of just over 100% of local demand every day for a record unbroken stretch of almost one week in December.”

She boasted that the “unbroken stretch of almost one week” represents an “impressive new renewable energy record”. And she clarified the contribution from gas “over the period was minimal…ranging from 43MW to 405MW for the period”.

First of all, 405MW coming from gas is not “minimal”. This afternoon South Australia’s demand for power was 679MW. This means that during the week renewables supposedly “supplied an average of over 100% of local demand”, there was a time when it was producing approximately 60 per cent of the state’s energy.

Then there are the graphs Renew Economy published of the week “renewables supplied an average of over 100% of local demand” themselves. 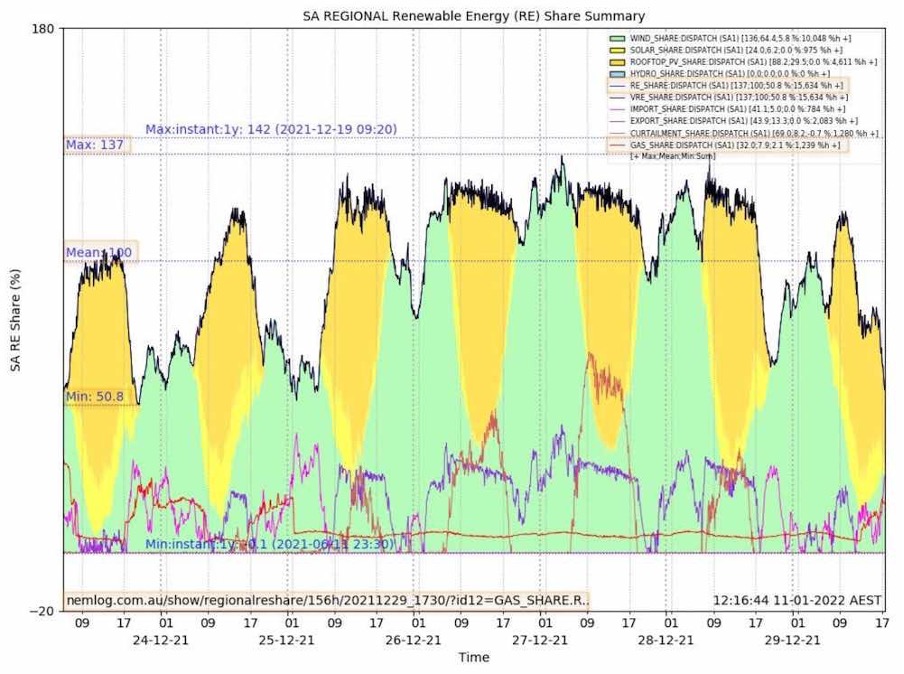 Even more misleading was how the week where renewables “supplied an average of over 100% of local demand” ended so conveniently before the night of the 29th of December.

As demonstrated by the red box in the figure below (note: gas is blue, solar is yellow and wind is green), Vorrath took a tiny snippet out of a much bigger picture.

On the early morning of the 30th until the morning of the 2nd (only one day after the week Renew Economy focused on), wind speeds in the Adelaide region were lower than usual. It was also cloudy on the 1st reducing the efficacy of the state’s solar panels.

As such, gas provided as much as 65 per cent of the state’s energy for extended period of time while wind produced as little as 30 per cent and solar 6 per cent.

This is what the entire renewables vs fossil fuels debate comes down to.

Although a week arises every now and then when renewables perform incredibly well (sometimes exceeding demand), there are other weeks when renewables are useless during wind droughts or periods of extended cloud cover. The onus is on coal and gas to scale up and down to facilitate the intermittency of renewables – a cost the coal and gas operators as well as consumers have to bear. And yet still the climate cultists want to shut coal and gas down for good!

The result if we keep going down the path prescribed by the climate cultists?

We will see repeats of the 2019 Alice Springs blackout (when a large cloud rendered the town’s solar panels useless).

We will see repeats of the European energy crisis of late 2021 (when an unusually cold and windless winter and spring led to a failure of the continent’s wind turbines – forcing Europe to rely on Russian natural gas – the price of which skyrocketed by over 600 per cent).

And we will see repeats of 2021 Texas winter blackout (when frozen wind turbines caused blackouts that killed hundreds).

Perhaps this is why the International Energy Agency predicts coal-fired power generation, coal demand, coal production and coal prices will reach record highs in 2022, 2023 and 2024.

Although Australia still has its head in the sand, it looks like the rest of the world is finally starting to wake up.