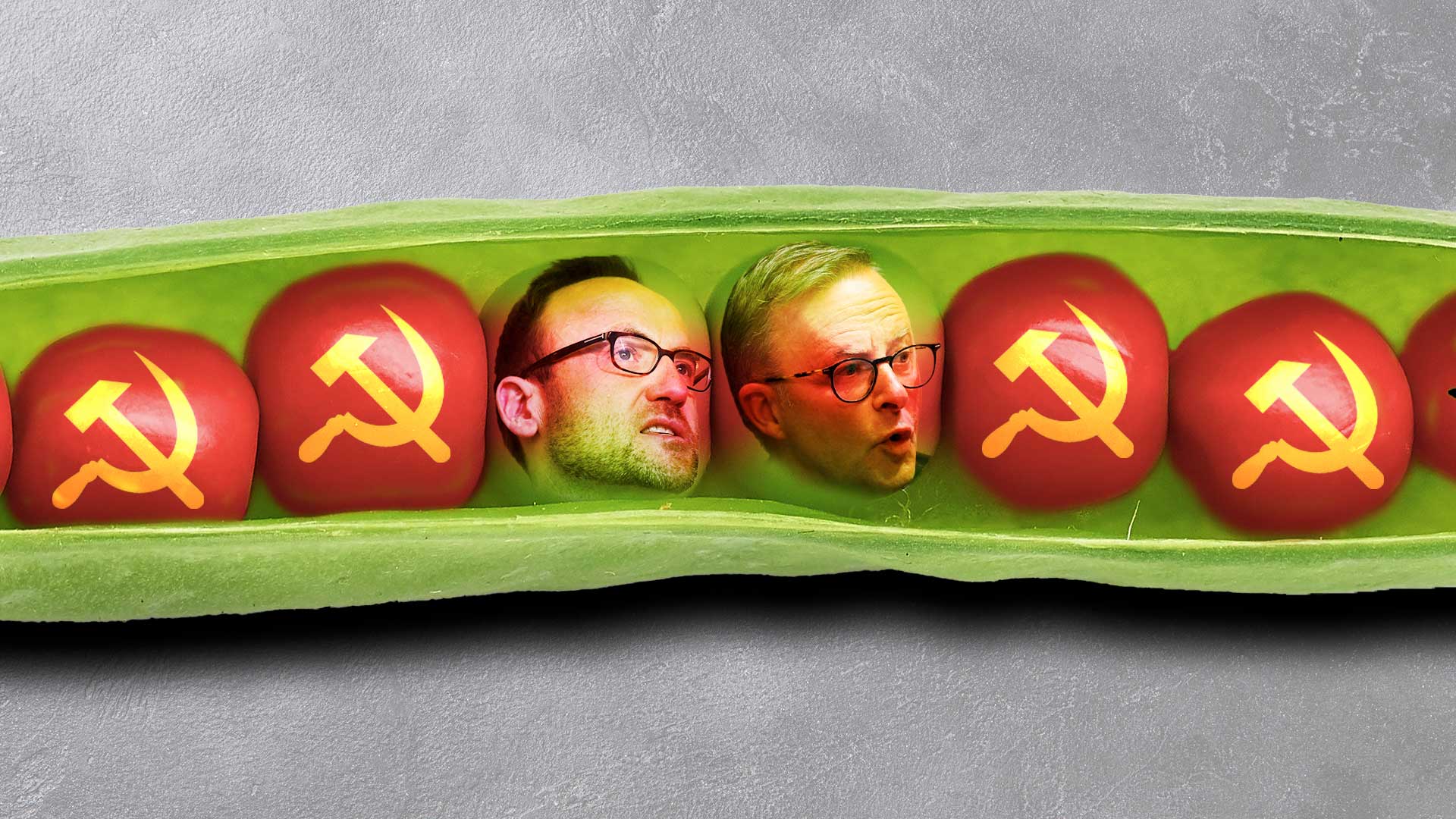 Comrade Albo and his buddy Adam Bandt are two red peas in a pod, and their younger years as spotty faced commies are all the evidence one needs to be convinced.

As reported by James Morrow this week, a young Anthony Albanese participated in a forum with the official magazine of the Communist Party of Australia (CPA) nearly 18 months after the Berlin Wall fell and the horrors of the Marxist political system were exposed.

The interview, which appeared in the April 3, 1991 edition of the Communist Party’s house organ Tribune, was part of a feature called “The changing Left – coherence, theory”.

Albanese was included as one of a number of figures who were asked by the paper to “respond to a series of propositions and to each other” and admitted it was easier to take potshots from opposition because “being in government confronts the labour movement as a whole, not just the Labor Party, with questions which the Left failed to consider … how Labor puts its principles into action, how we deal with questions of the internationalisation of capital.”

“It’s easier to construct a vision of an antinuclear society or an environmentally aware society or one based on equality,” he said.

As well as running the interview with Mr Albanese, the same edition of Tribune ran a classified ad promoting an upcoming “politics in the pub” talk involving the future Opposition Leader entitled, “Socialist Politics: Past Tense, Future Prospects.

Why did comrade Albo get so much attention in far-left circles back then?

Well in the early 1990s Mr Albanese led a faction known as the “Hard Left” which had close ties to communist organisations, and even his own buddies admit it. In a November 2000 article by future Labor frontbencher Andrew Leigh, the Hard Left was described as being “led by Anthony Albanese”.

“This group was more concerned than the Soft Left with international issues and maintained closer links with broader left-wing groups such as the Communist Party of Australia,” he wrote.

If you thought that was bad, Greens leader Adam Bandt’s earlier years are even more concerning.

In a two-page memo written back in 1995 while he was a student politician at Murdoch University, Bandt said he was “towards an anti-capitalist, anti-social democratic, internationalist movement”.

If that’s not a communist, what is?

Identifying himself as a member of the Left Alliance, Mr Bandt said, “the parliamentary road to socialism is non-existent”. He called the Greens a “bourgeois” party but said supporting them might be the most effective strategy.

“Communists can't fetishise alternative political parties but should always make some kind of materially based assessment about the effectiveness of any given strategy come election time,” he wrote in the 1995 memo.

Although we all said and did stupid things when we are younger, all this points to something far more sinister… For decades now, each-way Albo and Adam Bandt have been lingering around hardcore communist organisations even after the unspeakable horrors of Stalinist Russia, Maoist China and Pol Pot’s Cambodia were revealed in full colour to the world.

At the upcoming election, buyers beware.