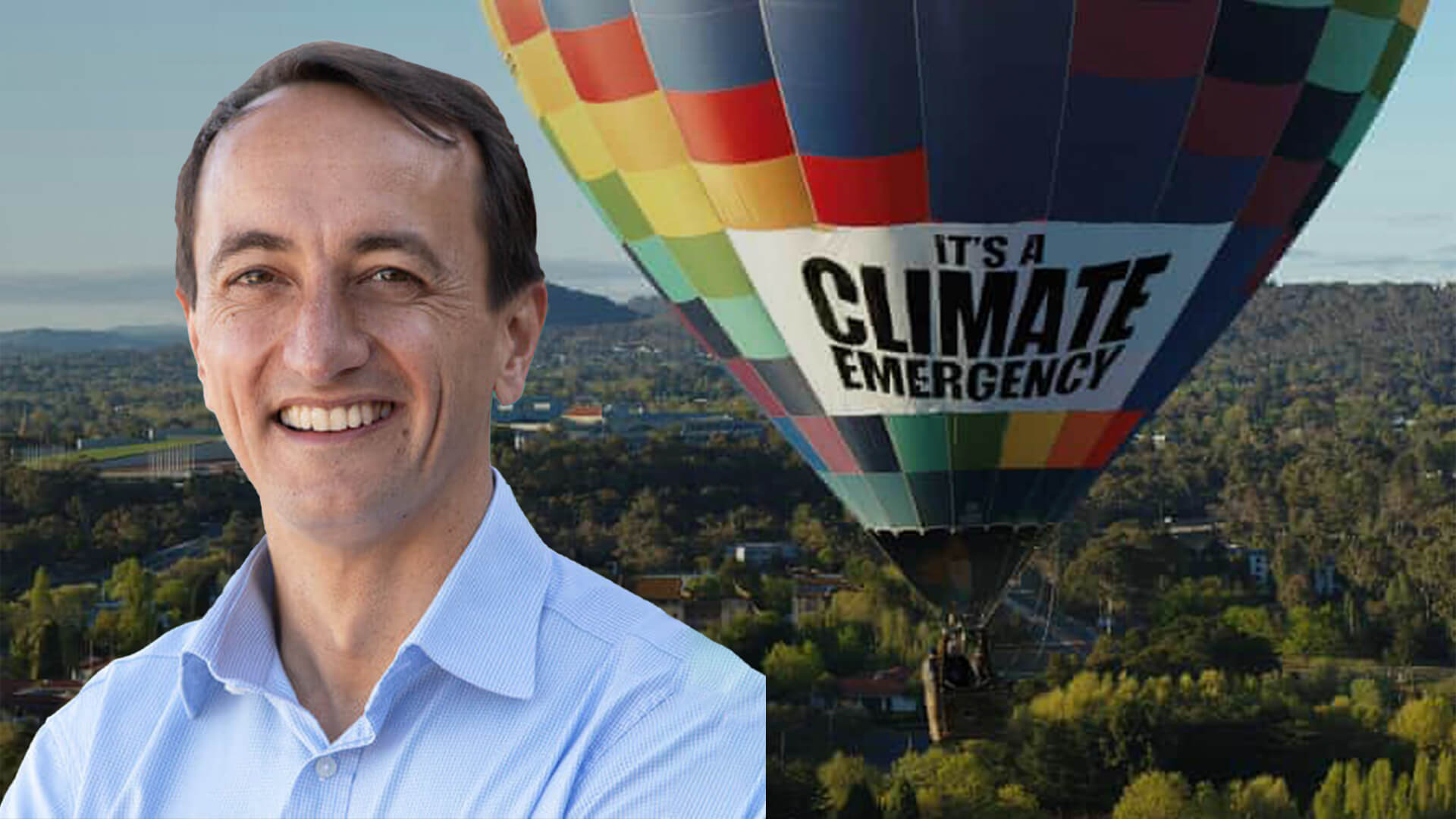 Last week, GetUp supporters were asked to “thank” Sharma and his “modern Liberal” colleagues for “taking climate action” and “standing up to climate wreckers” within the Morrison Government.

Mr Sharma wasn’t too happy Advance ran a ruler over him.

Posting on his Facebook page, Sharma said, “Advance Australia has now turned its attention to ideological purges” and asserted “the Liberal Party is a broad church, and an inevitable energy transition is underway.”

Mr Sharma, we will not just “get over” the vandalization of our energy grid with taxpayer-subsidised wind turbines and solar panels made in Chinese Communist Party-controlled factories powered by coal-fired power plants.

We all know you like to talk the big game on China, but when push comes to shove, the only people you’re helping with your renewables obsession is the CCP and green lobbyists/bankers who’ve ploughed billions into speculation about the “potential” of wind, solar and now, hydrogen.

Because “modern Liberals” like yourself have thwarted common-sense policies like building a new coal-fired power plant in the Hunter, our manufacturers have seen a 81% increase in energy prices in a decade, even though we had the world’s cheapest power in the 1990s.

As such, our manufacturing and energy-intensive industries have gone offshore, resulting in the loss of hundreds of thousands of jobs, and for the first time ever a decrease in Australia’s manufacturing output.

This is a matter of national security Mr Sharma.

No country has a chance of defending itself without a large-scale, competitive industrial base underwritten by cheap, stable power, the likes of which your beloved “renewables” are totally incapable of providing.

One would think as a career diplomat, Mr Sharma would be well-versed in how to defend a country. Well, think again.

Just yesterday, Sharma posted a video on his Facebook spruiking his decision not to support the renewal of Petroleum Export Permit Licence Number 11, the licence allowing exploratory drilling across 4,500km2 of ocean from Newcastle to Wollongong, on the very same day Altona announced our third largest oil refinery would close.

In fact, in the space of four months, Australia has lost half its remaining oil refineries as result of “governments banning drilling” according to Senator Matt Canavan.

Mr Sharma, how will we fuel the overpriced diesel submarines your mate Christopher Pyne bought from the French, when you won’t even allow us to explore, let alone drill, for oil?

Sure, the Liberal party is a “broad church” as you say, but isn’t it a shame this broad church isn’t broad enough to include the millions of blue collar Australians in mining, manufacturing and agriculture whose livelihoods are threatened by this so-called "inevitable" change in energy source?

And how is this transition “inevitable”, when Germany opened a new coal-fired power plant last year, China put 38.4 gigawatts of new coal-fired power capacity into operation in 2020 (three times the amount built elsewhere around the world), and India planned to increase its coal fired electricity generation by almost a quarter in three years?

The numbers just aren’t adding up.

At the end of the day, while you say Advance is engaged in an “ideological purge” by having the gall to challenge your “modern Liberal” ideas, the real purge is you telling millions of workers to “get over it” while cuddling up to GetUp.

Remember, GetUp are the ones who tried to “purge” people who are supposed to be your colleagues by campaigning against them at the last federal election.

Moreover, countless conservatives like Ross Cameron, John Ruddick and Sean Burke have been ideologically purged from the Liberal Party for standing up to the diktats of the increasingly powerful “modern Liberal” faction you embody.

Although, you will be safely re-elected in your wealthy, harbourside Sydney electorate, perhaps should spare a thought for colleagues who’ll cop it in marginal regional and working-class seats in the next election as a result the “modern Liberal” obsession with green dreams.