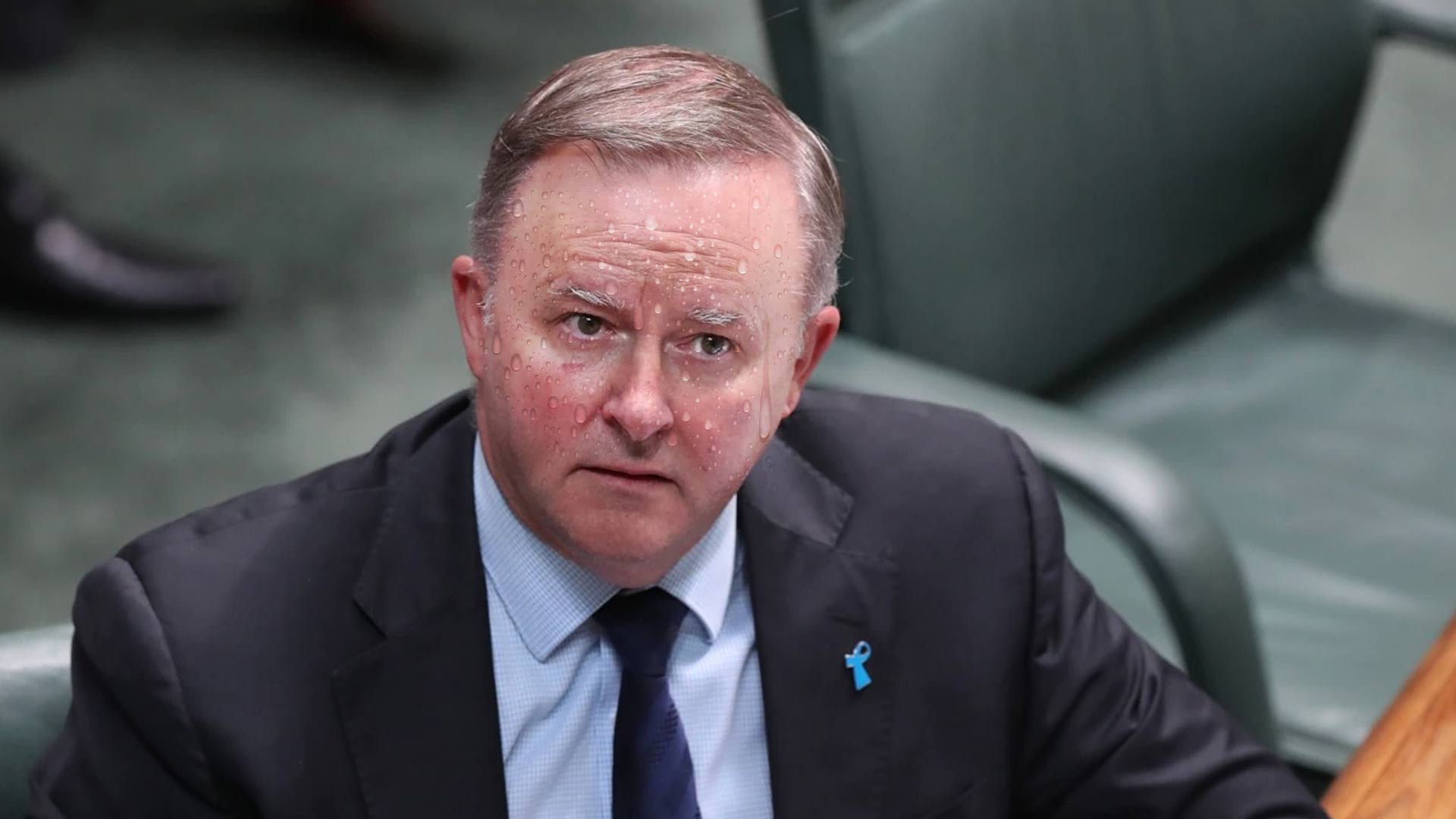 Anthony Albanese is telling porkies about his past, and it’s hardly surprising to see why.

In an exclusive published by The Australian this morning, it’s been revealed that Each-Way Albo has tried to inflate his status as an “economics adviser” to the legendary centre-right Hawke government.

Well after failing to recall Australia’s cash and unemployment rate in a press conference earlier this week, Albo and his team are clearly in crisis mode.

What they didn’t count on however is the truth coming out…God forbid!

It turns out Albo NEVER worked for Bob Hawke.

He was NEVER an “economics adviser”. He was actually a “research officer” to Tom Uren – a hard-left out-of-cabinet minister. He was also strongly opposed to Hawke’s major reforms including privatisation, HECS and financial deregulation.

Even more embarrassing for poor old Albo was that in Uren’s memoir, Albo was only mentioned once and is NOT described as an “economics adviser”.

Instead, Uren described him as “an activist in Young Labor and one of the main organisers of the Left in NSW”.

In other words, Albo was a factional operator.

Uren even said that “when I first put him (Albo) on my staff some of my comrades on the Left said, ‘Oh, you’re putting a young Trot on your staff’”.

For those who aren’t up to date with the slang of the average western Marxist, a “trot” is a proponent of Leon Trotsky’s teachings – a Russian Marxist revolutionary and close associate of Lenin who pioneered the concept of “permanent revolution”.

Trotsky believed only via an incremental and global “permanent” revolution could the “workers of the world unite” and be “liberated from their chains”.

As ADVANCE reported a few months ago, a young Anthony Albanese participated in a forum with the official magazine of the Communist Party of Australia (CPA) nearly 18 months after the Berlin Wall fell and the horrors of the Marxist political system were exposed.

The interview, which appeared in the April 3, 1991 edition of the Communist Party’s house organ Tribune, was part of a feature called “The changing Left – coherence, theory”.

Albo was quoted as saying it was easier to take potshots from opposition because “being in government confronts the labour movement as a whole, not just the Labor Party”. He said, “it’s easier to construct a vision of an antinuclear society or an environmentally aware society or one based on equality.”

As well as running the interview with Mr Albanese, the same edition of Tribune ran a classified ad promoting an upcoming “politics in the pub” talk involving the future Opposition Leader titled, “Socialist Politics: Past Tense, Future Prospects”.

Why did Comrade Albo get so much attention in far-left circles back then?

Well, as Albo’s former boss Tom Uren implied, the PM-wannabe led a faction in the Labor party known as the “Hard Left” which had close ties to communist organisations.

Even his own buddies admit it. In a November 2000 article by future Labor frontbencher Andrew Leigh, the Hard Left was described as being “led by Anthony Albanese”.

“This group was more concerned than the Soft Left with international issues and maintained closer links with broader left-wing groups such as the Communist Party of Australia,” he wrote.

Each-Way Albo is lying about his past because he knows the Australian people aren’t impressed by people who’ve spent their entire careers stacking branches, running factions and playing politics.

He is trying to hide the true nature of his politics because he knows the Australian people would never vote for someone so far left.