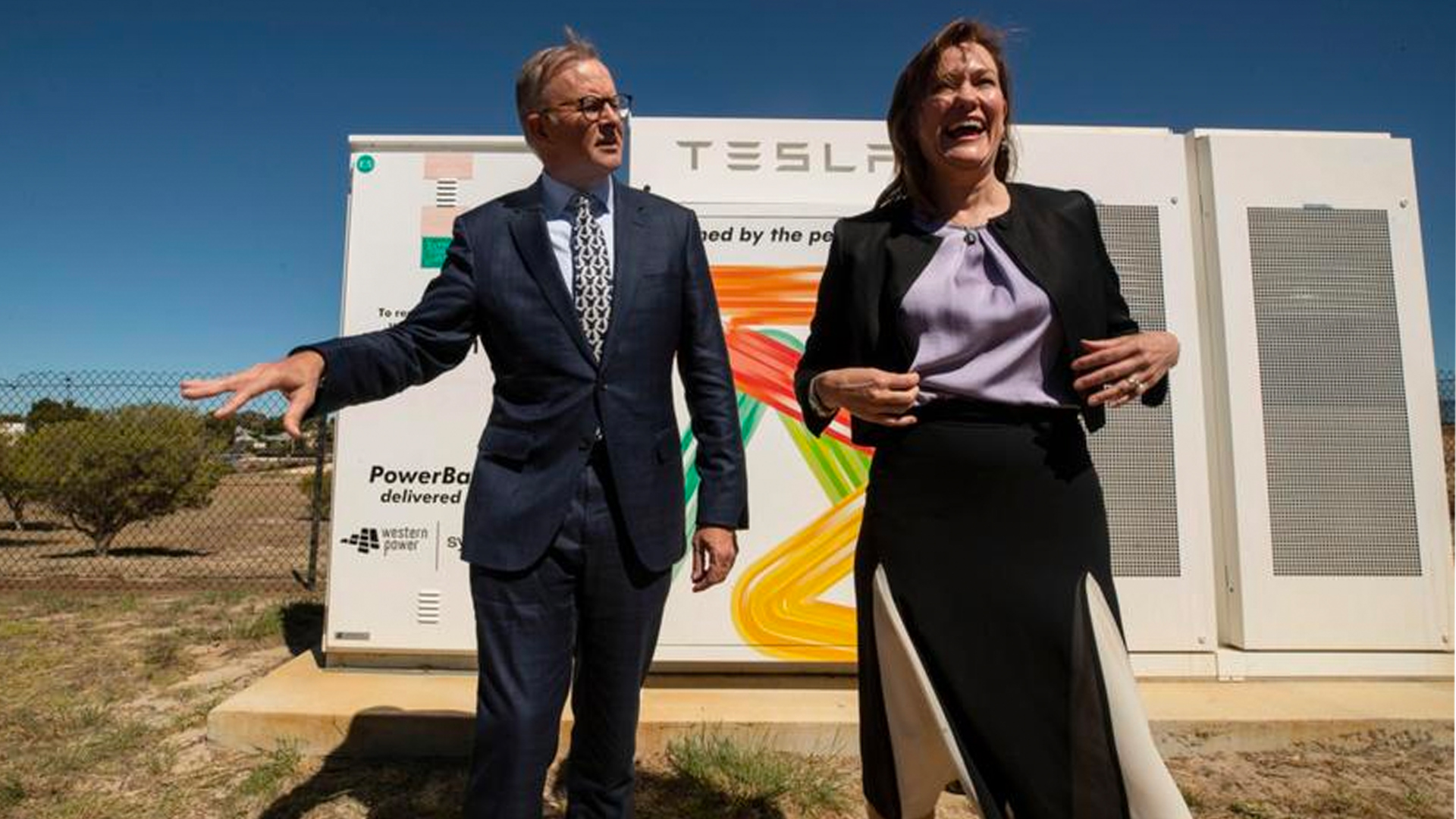 Each-Way Albo truly is a joke.

Having never spent a day working outside politics, the bloke is all about photo-ops, PR and spin.

Just look at his latest blunder in WA.

After his buddy Mark MaoGowan brought down his COVID-19 iron curtain, Albo was on the first flight to Perth on Thursday, and within hours he’d made a fool of himself.

Alongside the Labor candidate for Hasluck Tania Lawrence, Albo took a photo outside a Tesla battery site in Ellenbrook before announcing Labor will fund more community batteries.

Unfortunately for the Labor leader, the battery wasn’t actually functioning – and hasn’t been for six months – after residents complained about the loud noise it continuously generated.

For instance, several residents came forward and said the battery fan – needed to ensure the battery doesn’t burst into flames like Tesla’s battery in Melbourne – would often come on at 4am and wake them up.

Resident Stewart Oliver said, “You couldn’t even sit out the front and have a beer because it was so noisy…I wasn’t opposed to it initially, but it was just so loud.”

This is by no means the first time Labor has made a fool of itself when it comes to a green energy photo-op flop.

Last year, ADVANCE made fun of Labor’s Shadow Minister for Climate Change and Energy Chris Bowen for tweeting a picture of himself at a solar panel warehouse in Sydney with the caption: “renewable energy = jobs for our suburbs and regions”.

Poor old Chris Bowen – another one of life’s lance corporals – didn’t realise that the majority of the companies manufacture their solar panels in China, including:

Although it’s nice to make fun of politicians who have undermined our sovereignty, energy security and economic prosperity, there is a serious message to draw from all this.

Why is it up to an organisation like ADVANCE to point all this out?

Why does the mainstream media constantly attack Prime Minister Scott Morrison for any irrelevant campaign blunder, but give each-way Albo the Rolls Royce treatment?

As ADVANCE and former American President Donald Trump have been saying for a while now, the mainstream media in the West is the enemy of the people.

Their job is to report and criticise both sides of politics, but they only seem to attack those who don’t share their pathetic green, elitist view of the world.