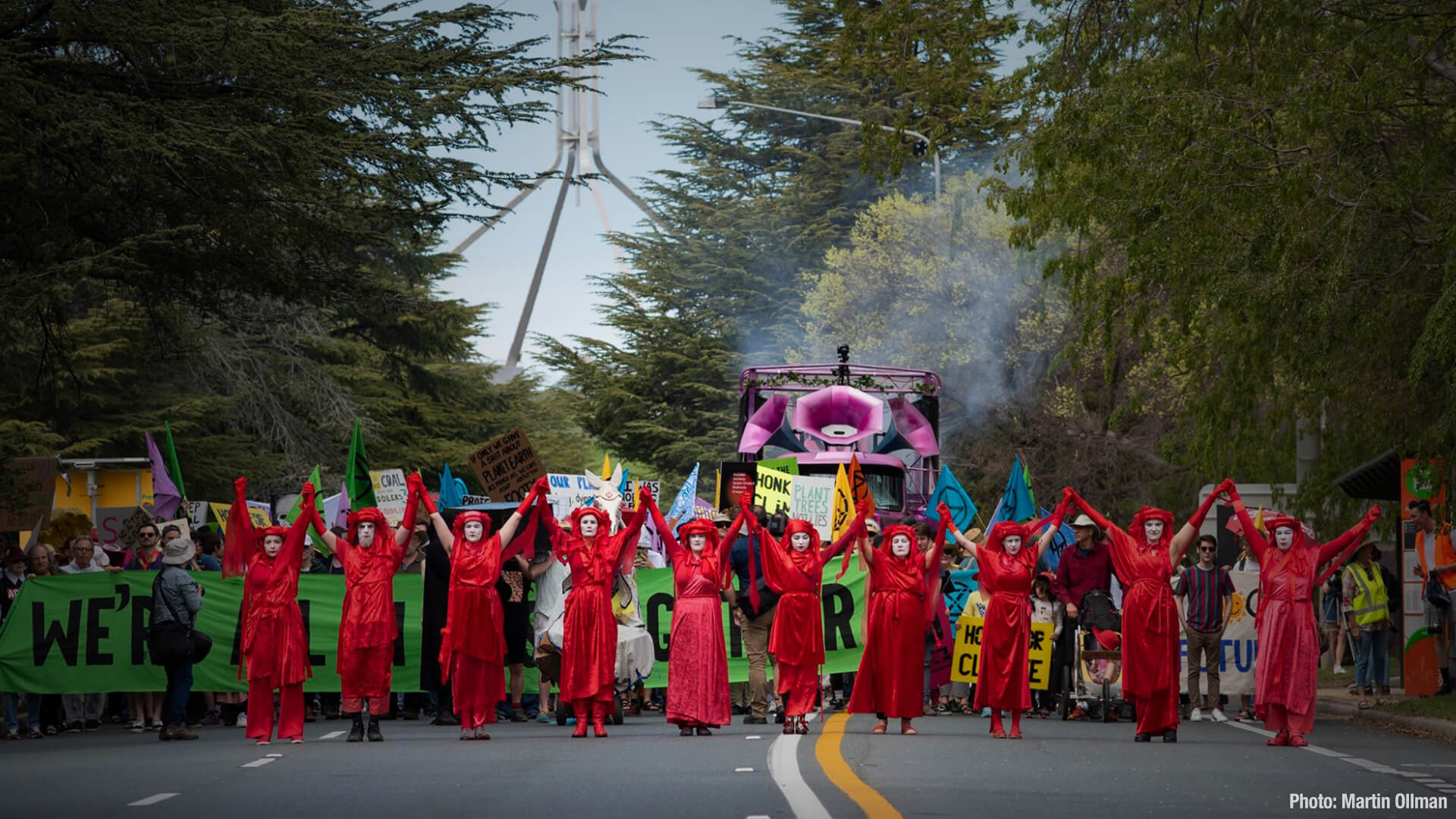 Extinction Rebellion have issued a blanket threat to our federal MPs:  begin to “shut down the fossil fuel industry” in these last two sitting weeks of parliament…  Or they don’t get to go home.

“If you fail to do this [“legislate towards meeting net zero emissions” by 2025] by the last sitting day of parliament, we will give you a taste of the kind of disruption that you are inflicting on ordinary people across the world by failing to take action on climate change.

“We plan to blockade your route to the airport on the 5th of December.

‘‘You don’t deserve a smooth trip home from work if your work is ensuring the continued destruction of the planet.”

XR’s letter justified their proposed action by linking climate change to the bushfires and slamming the development of further coalmines and gas projects.

Our MPs rightly blasted the brats.

“I won’t be threatened by an email from an anonymous numpty from an organisation who are off on some ideological witch hunt with no real solutions,” said pro-coal warrior Liberal National Party (LNP) MP Keith Pitt.

But it was fellow LNP MP Michelle Landry who really laid the smack down.

“I think they are an absolute disgrace and we are not going to be bullied by these students.

“If they hate coal so much then ... let’s turn off their power for a few days.

“And this garbage about net zero emissions by 2025 — do they want to go back and live in grass huts with dirt floors and thatched ceilings?”

Even Labor’s resource spokesman spoke out [almost-kind-of-not-really] against XR’s tactic to disallow MPs who had worked hard all year to get home.

“net zero emissions by 2025 would destroy our economy and leave us literally in the dark,” said Joel Fitzgibbon MP…  Before adding, “Their idealism is to be commended but a dose of realism would be a good thing too.”

In what ought to have been a sign-off too embarrassing to write, the anarchists’ pompous sign-off read:  “We are Extinction Rebellion Youth and Students and we are now giving you an ultimatum.”

Sit down before you hurt yourselves, guys – you honestly think you’re bringing our parliament to its knees with your tanty?

Give us a break.

You can take a stand against Extinction Rebellion today – by adding your name to the growing chorus of Australians calling for tougher penalties for these anarchists.

Together, we can push back on those championing an economic crisis to rival the Great Depression.