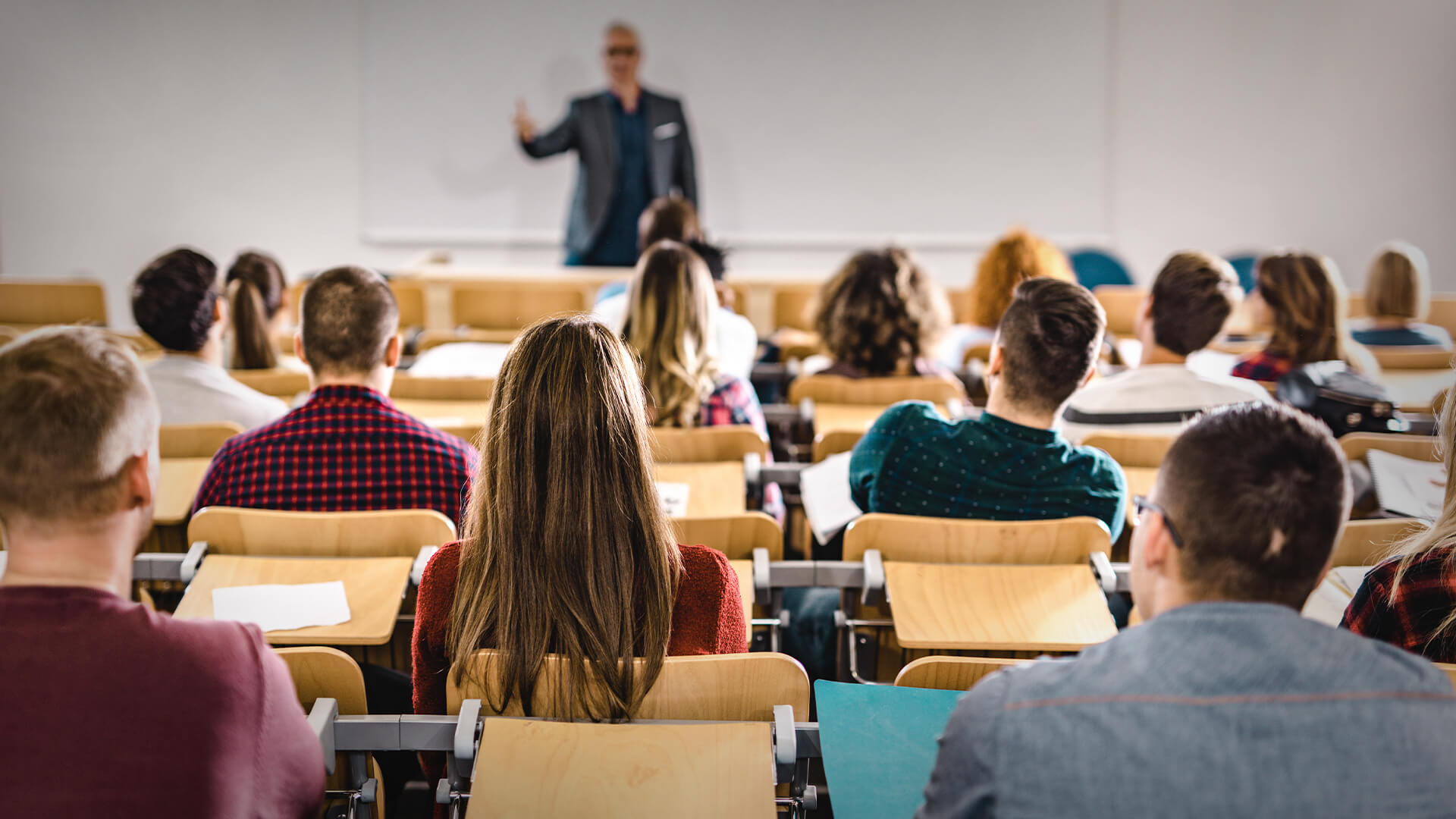 The young men of Australia need help and they’re sure not getting it from the radical feminists who run our education system.

As revealed by Robert MacCann from the New South Wales Board of Studies, young men are falling behind young women in almost every education metric available.

For instance, the performance of young men and women in the High School Certificate has diverged significantly starting in the early-mid 1990s as shown below.According to the brilliant Bettina Arndt, for every 17-year-old girl not going to school in 2020 there were 1.5 boys. That trend has been getting worse for the last half-century. 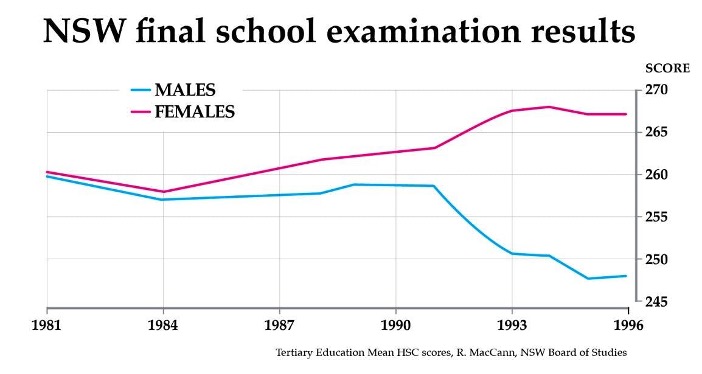 NAPLAN results show more boys than girls falling below minimum standards in every subject. For instance, in the writing test, boys are seven months behind girls in Year 3, 9 months in Year 5, 18 months in Year 7, and 20 months in Year 9 – trailing girls by almost two full years.

In the graph below showing Year 7 NAPLAN results we see that in most subjects, boys in Year 7 are about twice as likely to be in trouble as girls. Overall, 11 per cent of teenage boys can’t read at a minimum standard. Even in numeracy, more boys are below par. 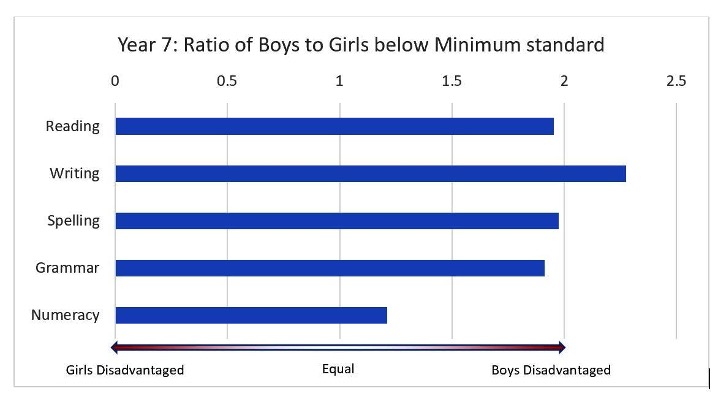 Boys’ final school results are also slipping. Last year in New South Wales, girls were awarded 58 per cent of all the high scores in the HSC results, with about 6,300 more top scores than boys received. Unfortunately, most states simply don’t publish final year results by gender.

So, what is behind the divergence in educational outcomes between boys and girls?

As Bettina Arndt writes, “bias against boys is now worn as a badge of honour. Look at this Melbourne University academic presenting her research showing boys do better in multi-choice maths exams – which she proudly declares is reason to do away with them”.

“When federal Education Minister Brendon Nelson announced he was considering to what extent pro-girl policies were ‘letting down boys and their families’ and started a ‘Lighthouse’ program to fund schools developing strategies to improve boys’ education achievement in response…Labor’s powerful handbag brigade weren’t having a bar of this and funding for boys’ initiatives rapidly dried up when the Coalition lost power,” she wrote.

“There’s long been a shift to assessment methods that favour girls, like ongoing assessment rather than exams. The currently favoured open-ended inquiry approach and self-directed learning means boys are more easily distracted and can fall behind. Boys do better in orderly classrooms where there are clear directions, explicit goals, timely feedback, and consistent sanctions for uncompleted work. They require high expectations and praise to stay on task and achieve good work – yet teachers praise boys less than girls. With male teachers now outnumbered 2.8 to 1, female teachers’ bias against boys is a major issue. Female teachers are more likely to mark boys down, as this OECD study found.

“In his latest book, The Boy Crisis, Warren Farrell makes this chilling point. ‘For the first time in American history, our sons will have less education than their dads.’ Farrell explained he grew up in an era in which girls were doing badly in maths and science but added, ‘We concluded the trouble was with the schools.’ His country decided to tackle the problem and girls are now thriving.

“Now boys are doing badly in almost every subject. And what’s the reaction? ‘We say the trouble is with the boys,’ said Farrell.

“It’s that darned toxic masculinity. That’s the problem. Our entire education system, with unrestrained glee, now has that firmly in their sights.”