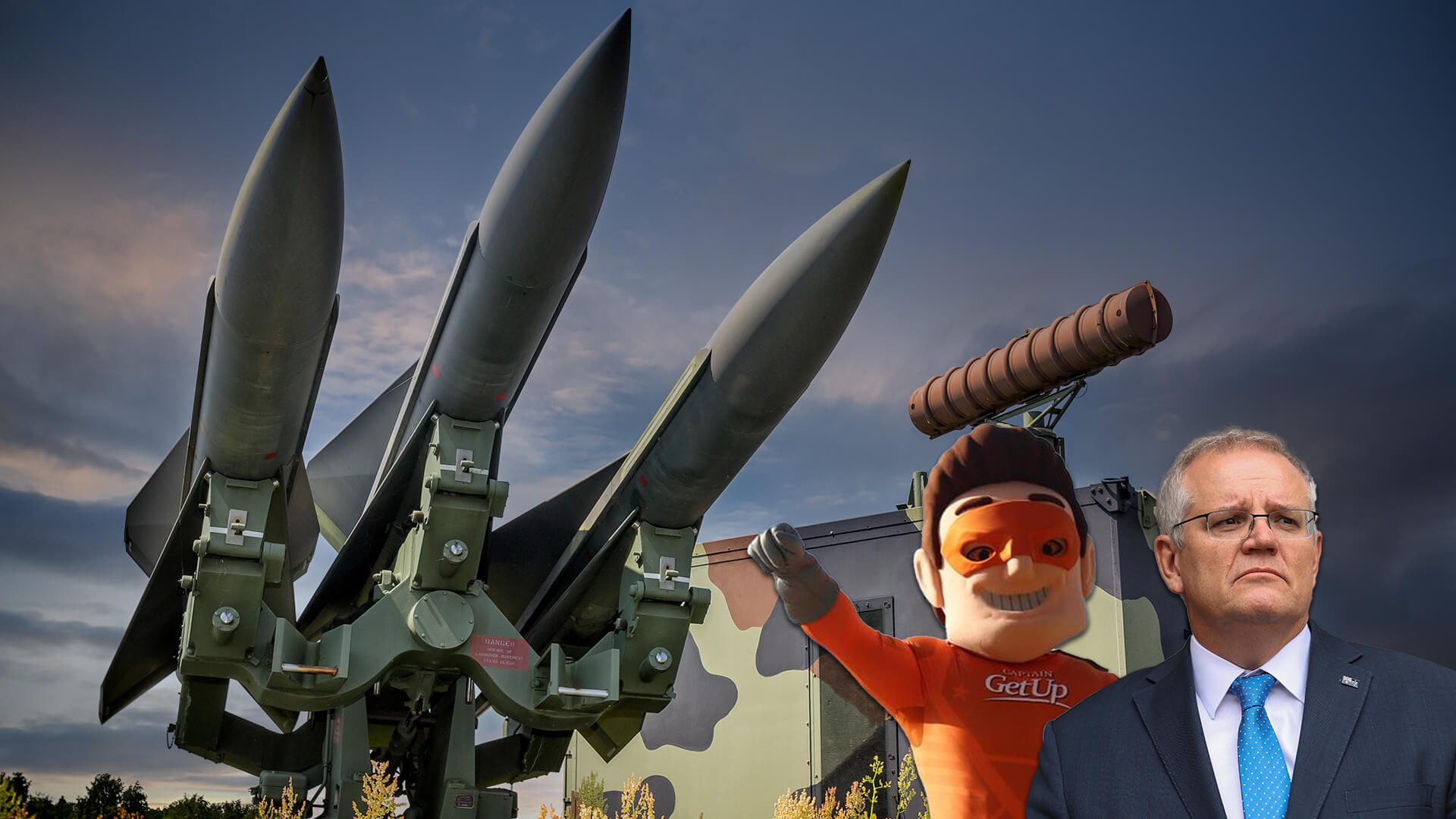 GetUp and their unhinged followers need to take a class in basic international relations.

Posting on their website, GetUp has demanded Prime Minister Scott Morrison “get his priorities straight!”

Australia is in the midst of a devastating economic crisis, and Scott Morrison wants to spend billions of dollars on long-range missiles and new weapons systems.

Now more than ever, we need increased funding for social services. Sign the petition calling on the Government to prioritise people, not weapons.

The Government just announced a major shakeup of military funding, committing $270 billion in funding over the next 10 years – while millions of people are struggling to make ends meet.

What about universal free childcare, increasing the age pension, and keeping JobSeeker at its current rate? What about extending income support to everyone who needs it? We need to increase funding for social support, not weapons.

What about using your brain, GetUp!

Right now, the Chinese Communist Party is militarising at a rate the world hasn’t seen since the militarisation of Nazi Germany following the collapse of the Weimar Republic in the early 1930s.

China is eyeing off Australia’s unparalleled reserves of high-quality iron ore, coal and uranium – all critical to the continued development and militarisation of Xi Jinping’s regime into the increasingly uncertain future.

Australia’s military is utterly unprepared for any serious confrontation with the rising power.

The Chinese own the Port of Darwin.

They own half of the Port of Newcastle.

They own three Sydney Harbour’s worth of our water.

They own vast swathes of our agricultural land.

They march through our universities to transfer our prized, world-leading and sensitive intellectual property back home; and their diplomats ridicule our leaders and slap illegal trade sanctions on our struggling farmers in an attempt to bully us into submission.

All while the United States under sleepy Joe Biden is looking weaker than it has, perhaps in over a century. This is why we need to get serious about our national security and the Morrison government appears to be getting on with the job … perhaps just not fast enough.

As any first-year university student of international relations would understand, there are two main schools of thought when it comes to instituting peace on the world stage.

Firstly, there’s the liberal view which says global institutions and the interconnectedness of global supply chains will make the prospect of war too expensive and politically unviable, resulting in a peace settlement guided by unelected bureaucrats in the United Nations and their subsidiary organisations.

Then there’s the realist view, which argues the world is in a state of anarchy, meaning that nation-states themselves must take responsibility for their peace and security. More specifically, the strength of a nation-state in terms of its industries, military capabilities, institutions and people is the only way to wade off competitors and threats.

Given the United Nations is utterly compromised by unelected European socialists, CCP agents, as well as the lobbyists of multinational corporations, big banks and the green lobby, the path Australia must take is clear.

Of course, we want to avoid war with China.

However, ADVANCE rejects GetUp’s shallow, childish theory that the United Nations has the power to stop war.

We need to take things into our own hands and work with our regional allies to expand and improve our aggregate defensive capabilities.

Otherwise, the Chinese will continue treating us like a weak little doormat that just so happens to hold the critical mineral resources they so desperately need to continue growing and militarising.