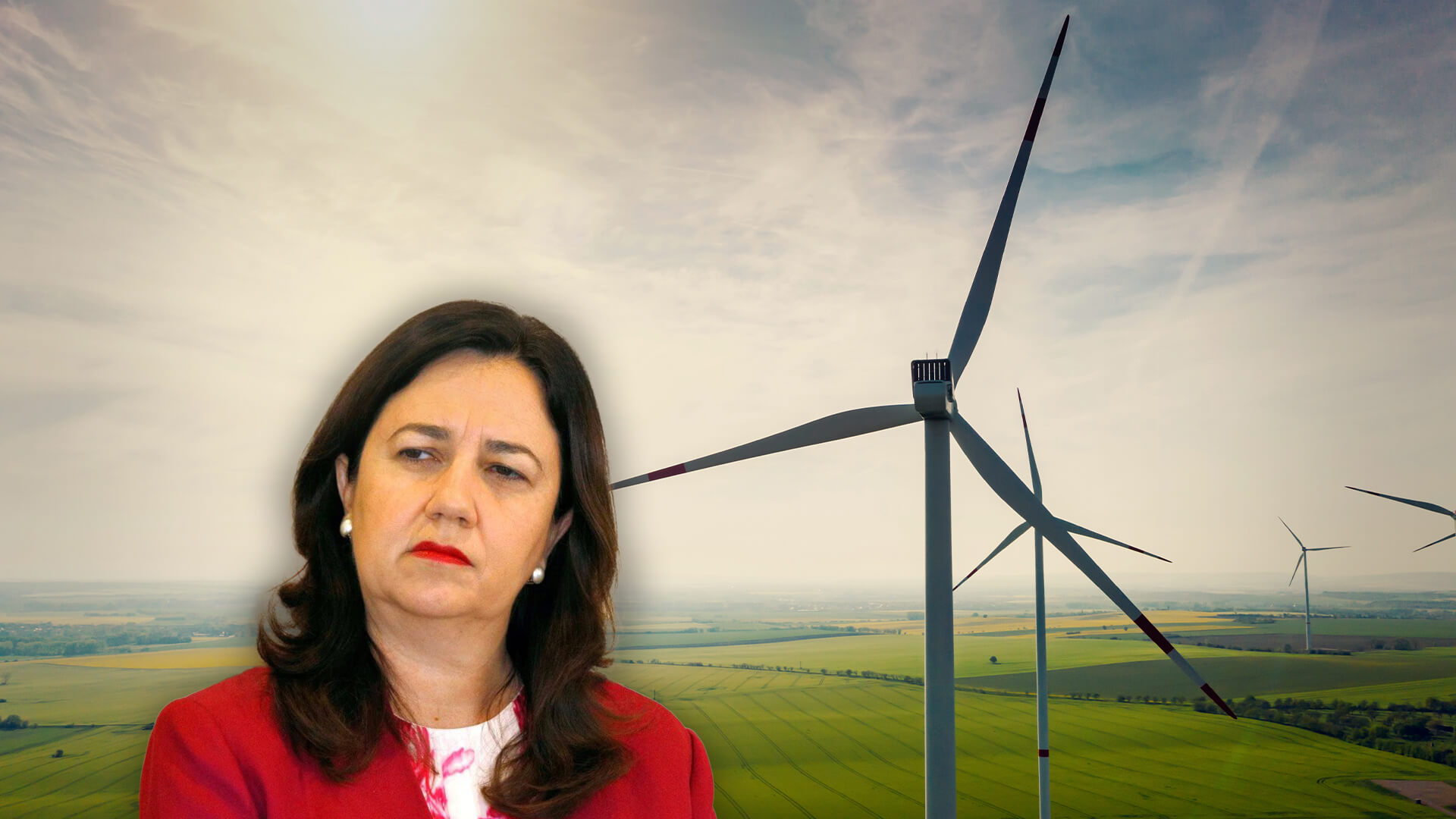 Although we thought most Greens were vegans, it seems they’re now eating their own.

As reported by the ABC, there are calls for the Queensland government to stop approving large, foreign-owned wind farm developments in Far North Queensland, amid fears the area could become an “industrial wasteland”.

A South-Korean owned wind and solar energy developer Epuron wants to build a 94-wind turbine development that will border a World Heritage listed rainforest, west of Cairns. More than 1,200 hectares of land will be cleared to make way for the turbines, each taller than 200 metres, as part of the wind farm.

In response, federal Kennedy MP Bob Katter said the development would threaten birds and several vulnerable species in the area, including the greater glider.

“Every north Queenslander must answer these questions: Do you want your natural wonderland turned into an industrial wasteland,” Mr Katter said.

“These turbines will be as big as some of the tallest buildings in Australia at 226 metres,” Ms Emms said.

“We're looking at up to 800 cubic metres of concrete. This is going to accelerate fossil fuel [consumption], mining. This is the greatest greenwash.”

Dozens of residents protested against the project outside one of the recent sessions, including traditional land owner Tom Gertz.

“They see this area as a wasteland, but it's not, it's far from it,” Mr Gertz said.

“I'm very devastated over how this government is pushing this through. This area is very culturally significant.”

And what do the people of Queensland get in return for all this?

The proposed wind farm will produce 665 megawatts at 100 per cent capacity for a cost of $997.5 million. In other words, assuming the average capacity factor of a wind farm (about 20 per cent due to the intermittency of the wind), the project will produce a mere 133 megawatts of power for just under one billion dollars.

Compare that to the federal government’s Kurri Kurri gas plant that will be able to produce 660 megawatts consistently for $600 million – eight times cheaper per megawatt than the proposed north Queensland wind farm.

Even worse, wind farms are the ultimate in embedded costs and environmental destruction.

Each turbine weighs 1688 tons (the equivalent of 23 houses) and contains 1300 tons of concrete, 295 tons of steel, 48 tons of iron, 24 tons of fiberglass, and the hard to extract rare earths neodymium, praseodymium, and dysprosium.

Each blade weighs 81,000 pounds and will last 15 to 20 years, at which time it must be replaced. We cannot recycle used blades.

What a deal for Australia!

Higher energy prices, more unstable power, damage to our rainforests and native animals; all so a bunch of rich Koreans can make a dollar at the expense of the struggling taxpayer.