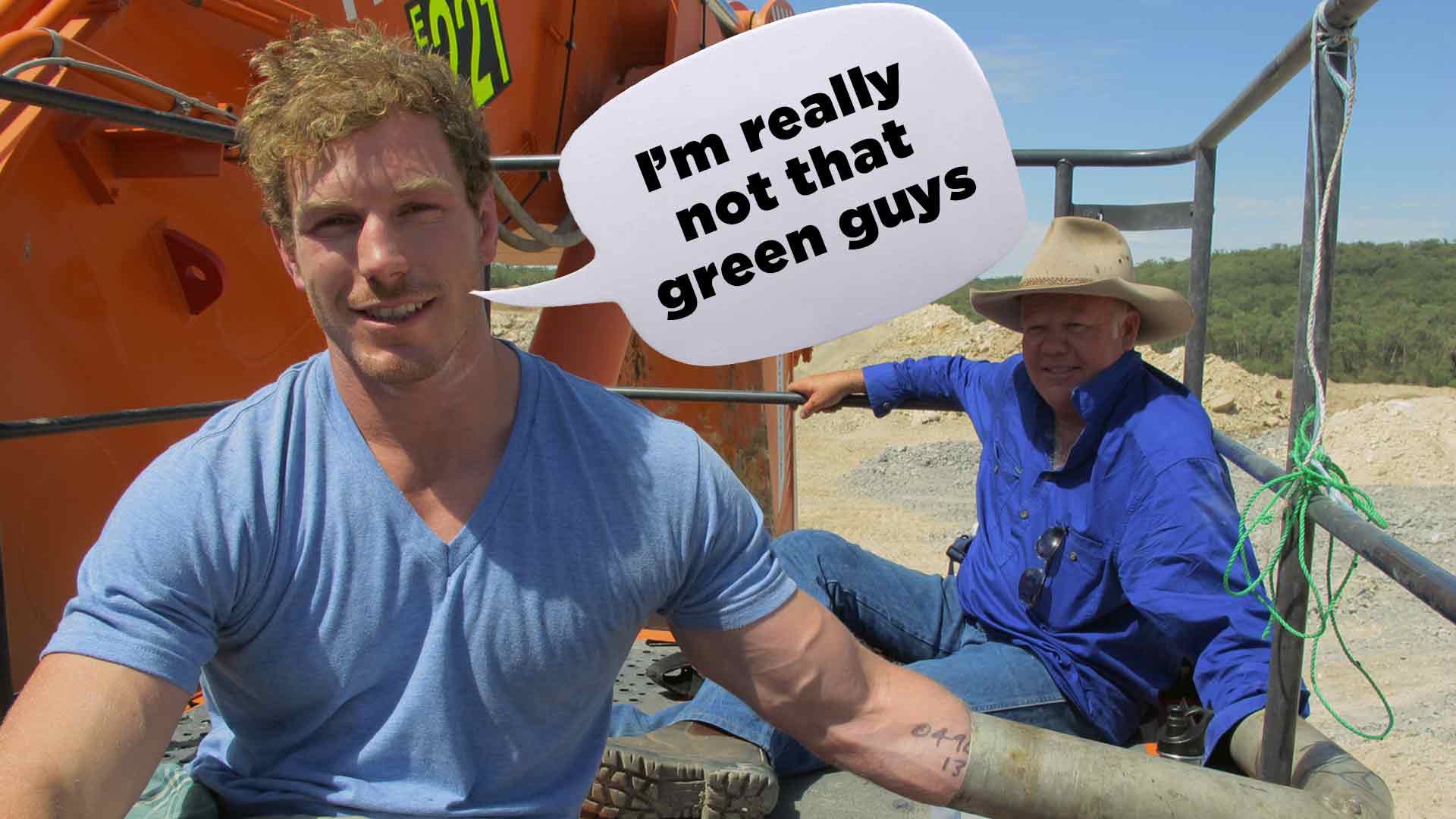 David Pocock – the former captain of the Wallabies turned green activist and now Climate 200 candidate for the ACT Senate at the upcoming federal election – must be having a lend of us.

Last week, ADVANCE began running social media ads warning Canberrans that a vote for a so-called “independent” like Pocock is a vote for the Greens.

Pocock said our “smear campaign” was “lies” and concluded that it is “another example why federal political truth in advertising laws are so badly needed”.

Is that so mate?

Are you seriously going to tell the Australian people that you aren’t a radical green activist who won’t side with Adam Bandt and his Labor buddies if you make it into parliament?

Although there’s little doubt you’ve had a few big knocks to your noggin over your impressive rugby career, don’t you remember what happened at the Maules Creek Mine just southeast of Narrabri in 2014, David?

Totally ignoring the fact that the coal out of Maules Creek is of a VERY high calorific and VERY low sulphur content (meaning the coal is clean and displaces dirty coal from Indonesia, China and South Africa), you and a few mates were ARRESTED after CHAINING YOURSELVES TO A DIGGER FOR TEN HOURS.

Memo to David: that makes you a radical green activist, and the vast majority of Australians would wholeheartedly agree.

Most Australians understand that shutting down our coal industry is an act of gross futility.

You reckon that will stop the floods, fires and drought, David?

Most Australians understand that Australia has ZERO leverage when it comes to convincing China and India to quit coal. China currently has 1000 coal-fired power plants operating and has well over 100 under construction. India is catching up to them.

If coal is so expensive and represents an existential threat to all life on Earth, why are the Chinese and Indians ignoring you, David? Do you reckon they’re stupid or something, mate?

Finally, most Australians don’t believe renewable energy is cheaper than coal. As ADVANCE reported recently, renewable energy is far more expensive than coal and nuclear when one accounts for property taxes, transmission, utility returns, and battery storage costs. The reason people like you can cite figures which show the exact opposite is because of rubbery figures.

They also don’t account for the fact that we import our solar panels and wind turbines from Chinese factories that run on coal fired power.

Although we could keep going here at ADVANCE, we won’t…. because the message is clear: vote Labor and climate independents like David Pocock, get the Greens.