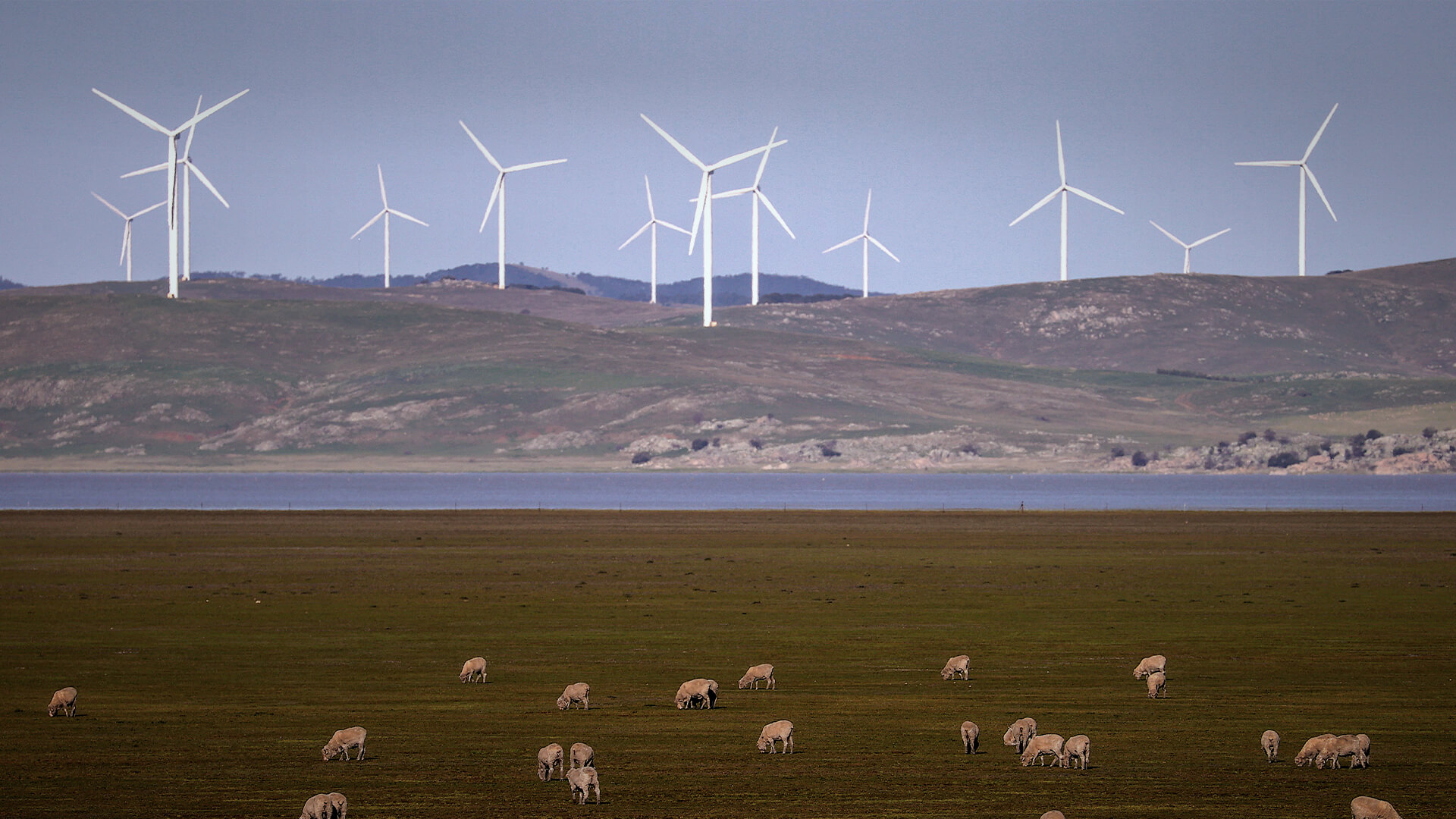 The only winners when it comes to industrial wind farms are the Green Barons who use taxpayer funds to profit off them.

As reported by the ABC, bushland is being cleared to build a wind farm in the ranges behind Cairns, and local greenies aren’t happy.

Wildlife photographer Steve Nowakowski – once an enthusiastic proponent of renewable energy – is now questioning North Queensland's green energy projects given the new Cairns wind farm has “transformed what was a really great, pristine area … into a really industrial area”.

“That landscape will never come back. It’s now basically a quarry site. It’s really out of control and no one knows about it.” Referring to the French-owned Kaban wind farm just out of Cairns, Steve lamented how there are turbine pads that are like “big shearer’s blows across the landscape” and a “fish skeleton” network of roads that would soon fragment the forest and create a corridor for feral animals, weeds and disease in a once intact ecosystem.

According to the ABC many are “sounding the alarm over plans to build green energy projects in forests that predate white settlement, along corridors bordering World Heritage Areas, and on properties previously targeted for conservation protection, rather than on cleared and degraded land.”

Their concerns are well-founded given that if all current proposals were to be approved, an estimated 13,332 hectares of remnant vegetation would be cleared state-wide. Around 90 per cent of the land clearing will be in North Queensland.

Adjunct professor and evolutionary biologist at James Cook University, Dr Tim Nevard, Far North Queensland is one of Australia’s most biodiverse regions and many of the sites chosen for wind farms are “wholly inappropriate”.

“Biodiversity is the buffer at the end of the tracks that stops the runaway train of climate change from bursting through. Destroying biodiversity in order to have greater amounts of wind energy is a complete oxymoron. It’s ridiculous. So, we shouldn’t be doing it,” Dr Nevard says.

The traditional owners are irate.

Local Indigenous woman Joyce Bean visited the Kaban wind farm site before development started along with the rest of the local native title organisation Wabubadda. “We had lunch out there and it was beautiful. [We] couldn’t get over how beautiful it was,” Joyce says.

After visiting the site soon after construction however, she broke down and cried at the damage she saw. “I didn’t think that they were going to make such a big mess out there in the country,” she said bitterly.

The unions have had enough.

As reported by The Australian today, cracks have been found in 19 of the 40 wind turbines imported from China for Australia’s largest wind farm. There are still a further 100 turbines to inspect, and it’s estimated it will take up to four weeks to repair each turbine.

The Australian Manufacturing Workers Union claimed the federal government “sat on its hands while our largest wind farm imported towers from China instead of supporting secure local jobs”. AMWU national secretary Steve Murphy said: “If you repeatedly cut corners to save money, you end up with a market flooded with cheap products that are poor quality and aren’t fit for purpose.”

And unfortunately, this is only the beginning.

As explained by wildlife photographer Steve Nowakowski, a new wind farm is being proposed just south of Kaban for a site near Chalumbin, that would disturb an area nine times larger. More than 1100 hectares of vegetation would need to be cleared for the project. There are plans for 94 turbines with 90-metre-long blades, as well as 146 kilometers of roads, some more than 100 metres wide.

Further south again, there’s another plan for an even bigger wind farm further south at Upper Burdekin, that would stretch 37 kilometres end to end. When laid out on a map, the wind farm stretched the length of Cairns and all its suburbs.

To think this is what they call green, sustainable and progressive…