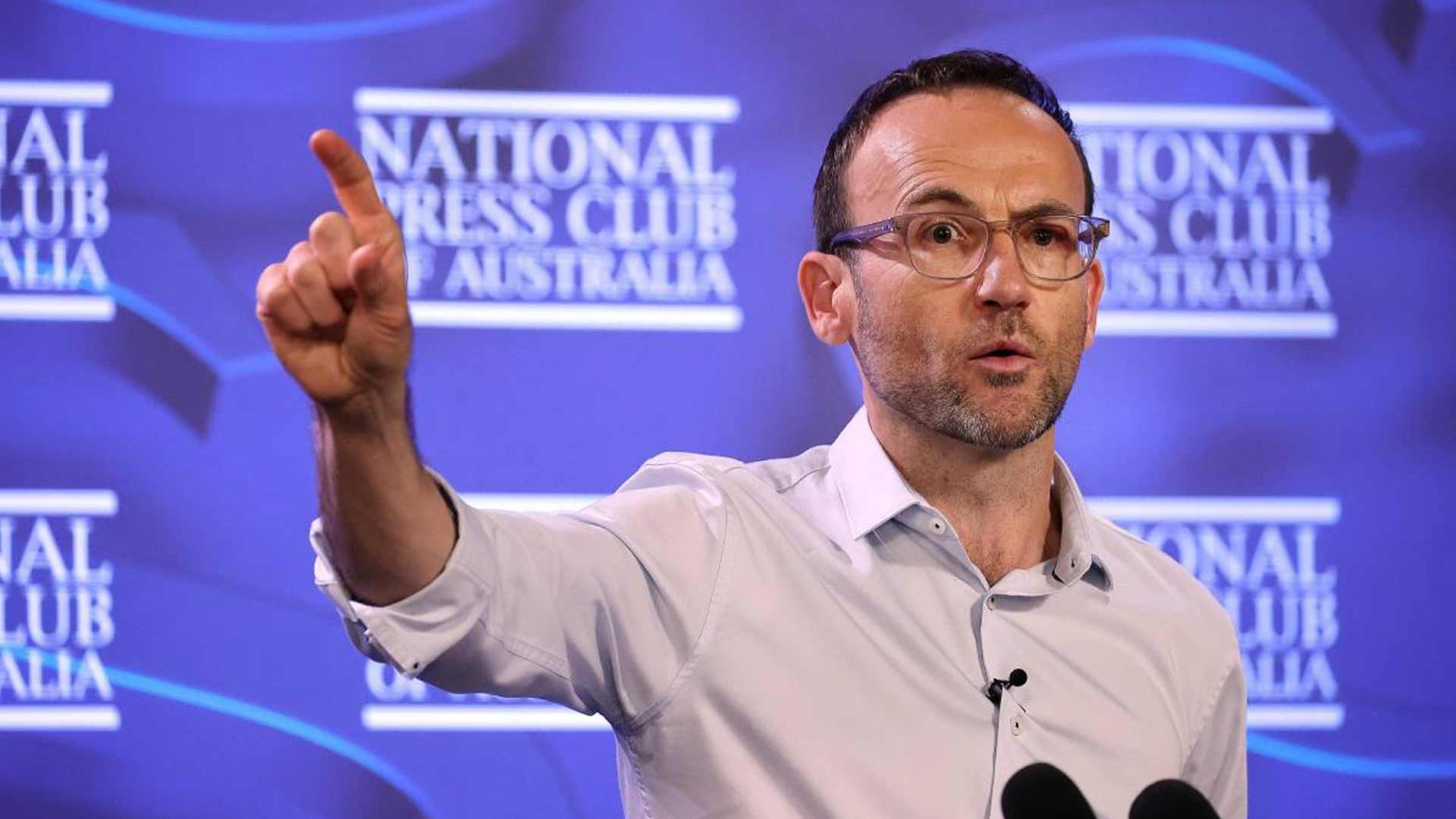 Greens leader Adam Bandt may as well just say the words: “If you vote Labor, you’ll get the Greens…”

Although Xi Jinping’s move to establish a Chinese military base 2000km off the coast of Queensland in the Solomons is a grave threat to our national security, Bandt could be even more deadly.

In his pitch to voters this week, Bandt said the Greens are poised to become “the most powerful third party in the parliament after the election”.

Like anyone with a brain, he dismissed Each-Way Albo’s claim that Labor wouldn’t consider a power-sharing agreement with the Greens.

The Greens leader is so confident in his party’s potential on May 21 he declared, “we will be in both houses of parliament with stronger leverage, able to effect more change.”

What “change” is Bandt referring to?

Well, his “simple message” and “key demand” is “no more coal and gas”.

“When we’re in balance of power after the election in the Senate and the house have kicked the Liberals out, this will be our key demand,” he said.

Bandt doesn’t want Australia to get nuclear submarines because they represent an “escalation of tension”. Instead, he says “Australia should be part of a multilateral effort to de-escalate tension”.

All Australians are bloody SICK and TIRED of politicians like Adam Bandt speaking for them…especially considering he has NO CLUE about the real world.

Bandt has NEVER run a business. He came straight out of university as a far-left activist, only to become a union lawyer, before being preselected into the Greens.

Bandt has NEVER worked in energy-intensive industry. He has no clue about the importance of baseload power for heavy manufacturing. He doesn’t understand the transmission issues that come with weather-dependent renewables. He is totally unaware of how much energy is used to process the rare earth minerals needed to produce solar panels, wind turbines and batteries. And he clearly hasn’t lived next to a wind turbine and experienced the health and ecological ramifications.

Bandt has NEVER lived in the regions. He doesn’t understand that to make fertiliser you need urea which is produced using gas. He wants to slap an industry-killing methane tax on our farmers. He is hellbent on locking up vast swathes of national parks which become tinderboxes that threaten the very existence of farmers. And he wants all Australians to drive electric vehicles – even in the regions.

Bandt has NEVER had to worry about money. For well over a decade, Bandt has lived off the taxpayers’ teat on a six-figure parliamentary salary. As a result, rising energy prices are no biggie for Bandt. He can absorb the cost of higher taxes. He can cop immigration-induced property price rises. And he isn’t too concerned about printing money to fund his social programs because Bandt can still live well while paying higher prices.

In reality, Bandt has NEVER had a job outside politics and that is why NOBODY should vote for him.

Make sure you tell your kids, Australia!