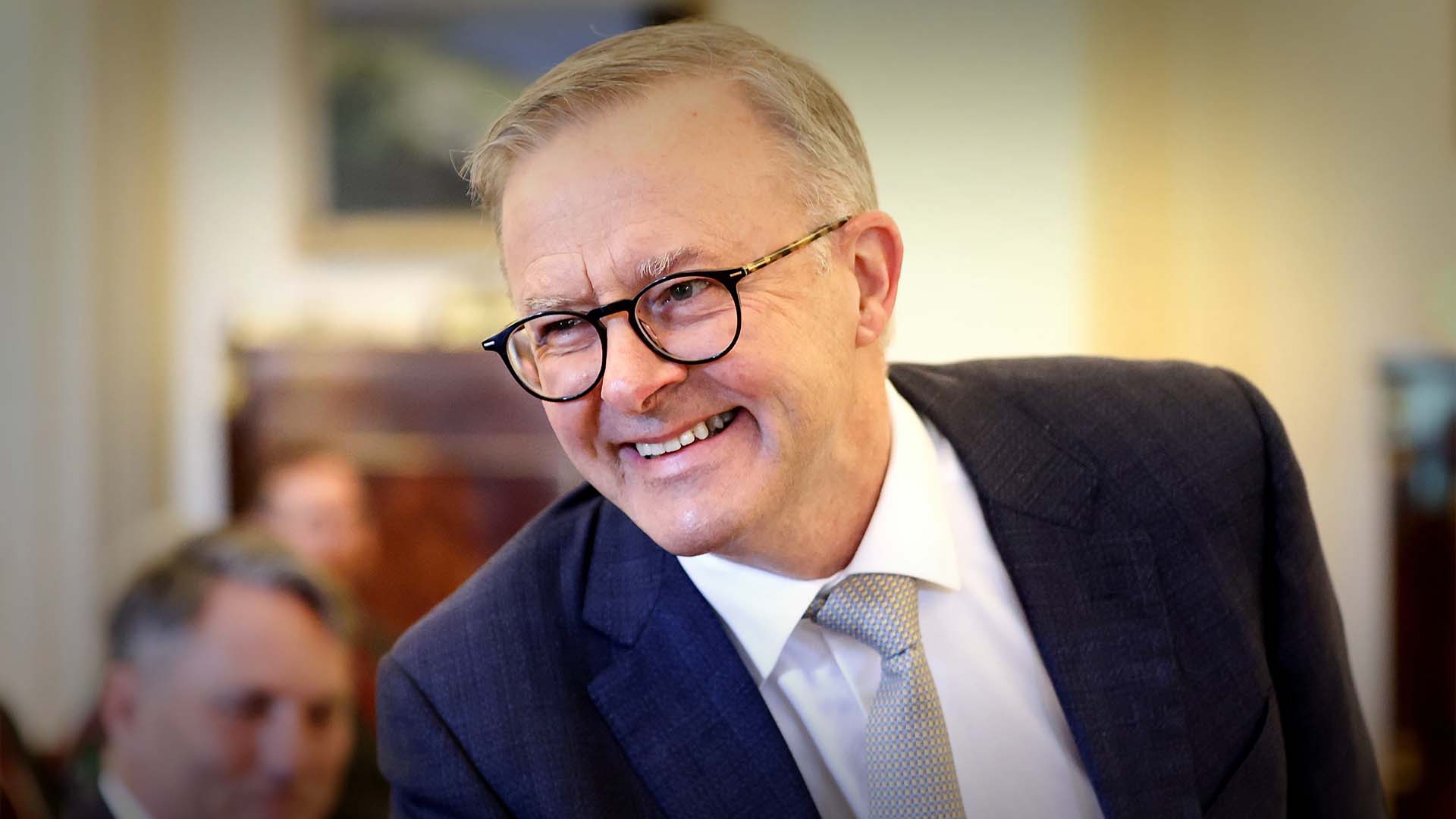 To meet his climate targets, Albo will need to boost renewable energy to 82 per cent of supply within eight years by importing weather-dependent solar panels and wind turbines from the Chinese Communist Party.

But, still, none of this is enough for the Greens and their supreme leader, Adam Bandt.

As reported by The Australian this morning, the Greens have already demanded Labor take tougher action on climate change to win their support in the Senate.

Specifically, Bandt has declared Labor’s ambitious target to reduce emissions by 43 per cent by 2030 is too weak. Instead, he wants Labor to commit to net zero by 2035…and some of Australia’s most prominent green activist groups have followed in lockstep.

“Labor has committed to cut climate pollution by 43 per cent this decade but we know the science demands the new government go further if we want to have a safe climate,” she said.

“Labor’s goal to have 82 per cent of our electricity generated by renewables by 2030 is a step in the right direction, but the new government must reconsider its position on new coal and gas projects.”

Meanwhile the Investor Group on Climate Change has said stronger Paris-aligned 2030 targets were needed “to unlock $131 billion in investment in clean industries and new jobs across the economy by the end of the decade”.

You give green activists an inch, and they’ll take a bloody mile!

These people WON’T stop until EVERY single Aussie coal-fired power plant is shut down while the Chinese Communist Party builds a new one every week…all so misguided elites from Wentworth and Kooyong can feel good about themselves.

They WON’T stop until they’ve SHUT our single largest export industries – coal, oil and gas – which generates close to $200 billion in export income every year…the very industries that fund schools, welfare, subsidies for green energy, hospitals, roads and the salaries of our overpaid politicians and bureaucrats.

And it’s all for nothing…just do the maths.

Imagine the atmosphere is made up of 10 million molecules. Noting that 0.04 per cent of the atmosphere is made up of carbon dioxide, CO2-obsessed green radicals are only targeting 4000 molecules of the 10 million total. Given 97 per cent of the carbon dioxide emitted every year comes from nature, only 120 of these molecules are produced by humans. (This figure has been confirmed by CSIRO heavyweight and former Professor of Atmospheric Science at the University of Melbourne, Professor David Karoly). And only 1.3 per cent of human carbon emissions are derived from the Australian people and their industries.

If Australia goes net zero by 2035 as Labor is now being pressured to do so by the Greens, we’ll take a mere 1.56 molecules of carbon dioxide out of every 10 million.

Apparently, by taking the 1.56 molecules of CO2 out of the atmosphere, Australians will no longer face floods, fires, cyclones, heatwaves and torrential rainfall. By doing so, Australia will inspire the Chinese Communist Party to suddenly shut their 1000+ coal-fired power plants and rely on the whims of Mother Nature to power their weapons manufacturing industries. And by doing so, corrupt and impoverished Pacific Island nations will stop doing deals with the Chinese and come running back to Canberra for protection and guidance.

As Penny Wong said within minutes of being sworn in as Foreign Minister yesterday, “there is nothing more central to the security and wellbeing of the Pacific than climate change”.

What on Earth could possibly go wrong…?