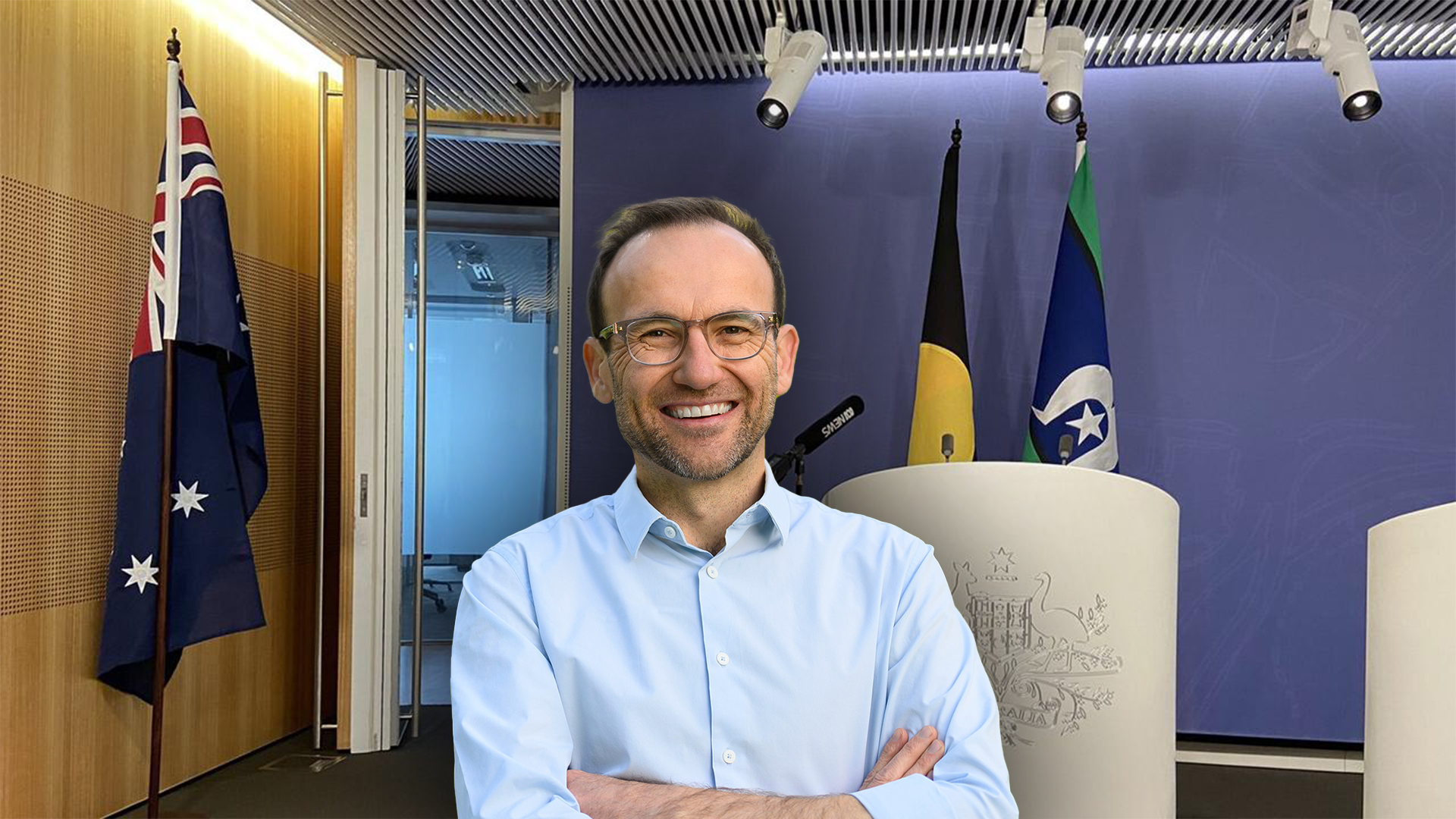 It’s an indisputable fact: Greens leader Adam Bandt is the most UNAUSTRALIAN politician EVER voted into parliament, and it’s time he was turfed out on his backside.

As reported yesterday, one of Bandt’s staffers was caught moving the Australian flag from behind the podium before he began speaking at Sydney’s Commonwealth Parliamentary Offices…only the Aboriginal flag and Torres Strait Island flag could be seen behind him as he spoke to the cameras.

What was his reasoning?

Speaking to the press, the Greens leader said he removed the flag because it “represents lingering pain” for many Australians.

He even used the opportunity to push for an Australian Republic, saying, “for many Australians, this flag represents dispossession and the lingering pains of colonization. Through Treaty with First Nations’ Peoples and by moving to a Republic, we can have a flag that represents all of us.”

How about you bugger off, mate!

Firstly, the Australian flag DOES NOT represent lingering pain for ANY level-headed Australian.

The flag commemorates the Federation in 1901 – NOT the colonisation of Terra Nullius in 1788.

Although the Union Jack IS featured on the flag, it is NOTHING to be ashamed of AT ALL.

Under the Union Jack, Australia’s founding father, Governor Arthur Phillip, banned slavery while slaves were being exploited by Arabs, Frenchmen, Dutch and Persians across all corners of the globe.

Under the Union Jack, MILLIONS of young Australian men made the ultimate sacrifice in the selfless fight against German militarism, Japanese expansionism and Islamic terrorism.

That includes many Aboriginal Australians who fought for our country.

And under the Union Jack, democracy, civil rights and the rule of law were all pioneered and legitimised.

If you don’t like the flag, Adam, why don’t you stop taking your six-figure parliamentary salary?

Afterall, YOU work in Parliament House even though there’s an Australian flag flying at the top of the building.

Even worse, YOU swore an Oath of allegiance to her Royal Highness Queen Elizabeth II and/or the nation of Australia to serve the Australia people as a member of Parliament…and the flag is the symbolic representation of the people and the Commonwealth.

If Bandt REFUSES to stand for or with the flag, he is REFUSING to fulfill his duty to serve the Australian people. He should RESIGN!

And it begs the question – what on earth gives Bandt the right to speak on behalf of Australia’s Indigenous population?

As newly minted Senator for the Northern Territory Jacinta Price wrote, “it is racist to continue to paint Aboriginal Australians as helpless victims that only privileged Greens MP’s are capable of rescuing!”

“Last time I checked you don’t represent the voices or feelings of Aboriginal Australia Mr Bandt in fact not one person does!” she said.

“Condescending toward Australians of Aboriginal heritage and outright disrespectful to all Australians!”

“Are the Greens actually in the Australian federal parliament? Seriously? Do they actually hate Australians that much? Aboriginals call themselves Australians all the time.

“The Greens are just a fringe university type group trying to run down the country.”

The Greens rely on impressionable young voters failed by an education system overrun with ideology.