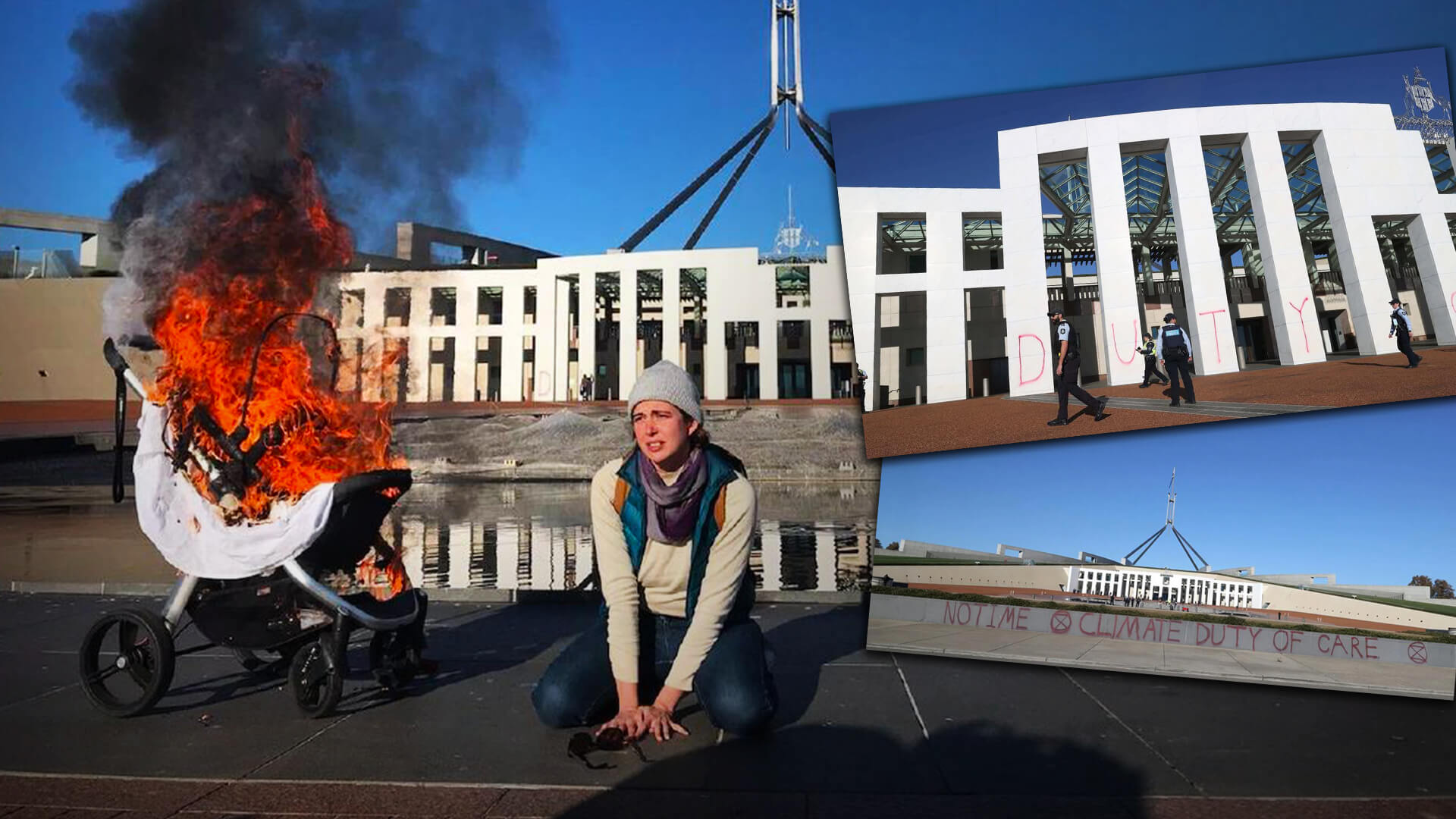 The truth is that the Greens don’t give a damn about you, your family or your Parliament.

Here’s what they had to say about the criminals who vandalised our civic institutions this morning.

Greens leader Adam Bandt thinks we shouldn’t be too concerned about spray painting nonsense on Parliament and the Lodge.

“​​If you reckon this is vandalism, wait until you see what the Liberals are doing to the future,” he said.

Oh really, Adam? And what will your carbon tax pact with Labor do to hundreds of thousands of hard working Australians who need cheap electricity because it’s tough enough already paying the mortgage without your renewable energy bulldust?

What kind of future can the Hunter and coal communities around Australia look forward to when they’re bankrupted in the name of your climate madness?

Tasmanian Greens senator Nick McKim – the same bloke who wants to defund the police – said: “Thank you for your courage and action. We are literally stealing the future from our children and grandchildren.”

His Tasmania colleague Peter Whish-Wilson said it was “no wonder they are expressing their frustration”.

“The real criminals are this government, who are selling out future generations for the short term profits of the fossil fuel industry,” he said.

WA Greens Senator Jordan Steele-John reckons “more and more people are gonna [sic] take these types of actions if liberal [sic] and labor [sic] continue to put their corporate mates ahead of our community’s need for climate action!”

So according to the elites, it's ok for Greens politicians – the same ones who want to govern Australia in coalition with Labor – to praise the vandals who made a mockery of our public institutions.

But it’s worse than this.

The Greens want these extremists in their party.

In an article on their website, a Greens activist says: “I would encourage each and every one of you in The Greens to consider joining the growing worldwide movement called Extinction Rebellion, as I have.”

Extinction Rebellion – the same criminals who vandalise your public buildings and disrupt your cities.

“Given the time left, we cannot rely upon lobbying or elections to effect change. We must change now. Only enormous pressure from the people on the scale of a revolution will be enough to effect changes that are likely to transform civilisation to make future generations safe …

“I am currently training, organising and advocating. Training in what non-violent direct action is and means, training in how to disobey, training in stepping way out of my comfort zone and disrupting business as usual to draw attention to the necessity for change.”

There you have it. That’s what the Greens are all about.

“Revolution”. “Enormous pressure”. “Emergency”. “Disrupting business”. Not our words, but theirs.

Don’t forget to make the pledge today to help stop the Greens’ hoax from hoodwinking the Australian people at the next election.