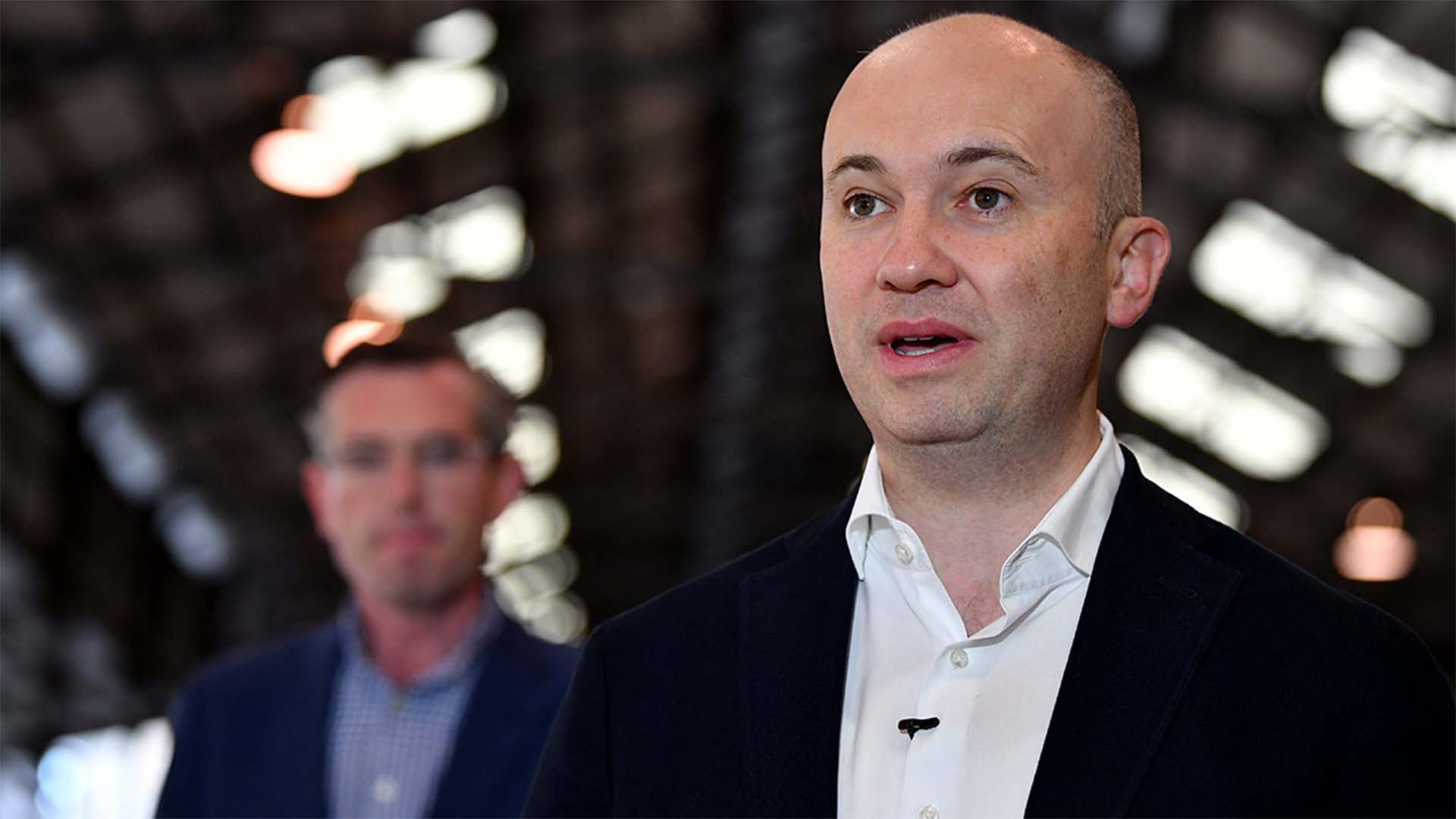 Most Australians are too busy working, paying bills and putting food on the table for their families to keep up to date with internal party politics.

For those who don’t know, the man responsible for a good deal of the woke lefty drift of the Liberals since Tony Abbott was disgracefully ousted as PM goes by the name of MATT “THE GREEN” KEAN.

Matt has never run a business. He has never worked a blue-collar job. The man is a political animal who climbed up the Liberal greasy pole to be Treasurer of New South Wales. He’s someone you should be worried about.

The relevance of all this?

Well, Matt is now calling on the Liberals to move FURTHER towards the GREEN-LEFT in response to the shellacking at the election of his “modern Liberal” buddies including Trent Zimmerman, Tim Wilson and Dave Sharma ... just read the man’s pathetic Guardian op-ed called, “Liberals still in Canberra must find their moderate voice and assertively represent the centre”.

Kean says, “a party which truly stands for liberty empowers women and affords them the same dignity, opportunity and respect it affords men. And the facts are these: women earn less than men for the same work; women retire with half the superannuation as men; women take on vastly more of the load when it comes to caring for our children and our seniors. One woman dies every week in Australia as a result of domestic or family violence.”

Matt – women ARE afforded the same dignity, opportunity and respect as men in Australia, your facts are just one sided, mate. Although it’s a DISGRACE that one woman dies every week as result of domestic or family violence, SEVEN men kill themselves EVERY DAY; men are 17 per cent more likely to experience physical or threatened assault; men are 28 per cent more likely to be homeless; 97 per cent of workers killed on the job are men; 92 per cent of deaths in the Australian Defence Force are men; and women earn the SAME amount as men for the same work…its law, mate.

Next Green Kean said, “too often the previous government indulged in culture wars, egged on by the rightwing commentariat; failed to hear, respect and act on the concerns of women; and pretended facts – for example, that humans are causing climate change – didn’t exist.”

This is just a complete rewriting of history, Matt. People like you impose YOUR progressive social values on the rest of us and demand change. When we push back, we’re accused of starting culture wars. Even worse, is your characterisation of Australians as “climate deniers” and “sexists” because you don’t have the facts and intellectual nous to have an honest debate on these issues of national importance.

It’s a classic tactic of the green left. They don’t engage in honest debate, they just label and portray their opposition as pathologically evil, turning the entire conversation into an unproductive, simple-minded binary between good and bad that monstrously fails to give the issues at hand justice.

Finally, Kean doubled down on his climate action, saying the Liberals should “adopt science-aligned emissions reduction targets of between 45 per cent and 60 per cent by 2030 and developing the policies to achieve it”.

Matt, have you been talking to Simon Holmes a Court and his so-called teal “independents”? They just so happen to have the EXACT same emissions reduction target as you.

Soon ADVANCE reckons the man will end up backing the Greens’ policy of net zero by 2035.

Although we could keep going, here at ADVANCE we don’t like giving free media to power-mad pollies willing to ruin the country for some applause from the left-wing Twitter mob .

The short point is that Matt Kean is an EXISTENTIAL threat to the Liberal party.

He is gravely unpopular with the thousands of Liberal party volunteers who don’t buy his ideas on wokeism and radical climate action.

He will not pick up any votes given greenies and social progressives vote Labor and Green anyway.

Even worse, he is damaging the Liberal party’s chances in its true heartland – the regions and the outer suburbs – not Bondi, Toorak and the slopes of Balmoral Beach…